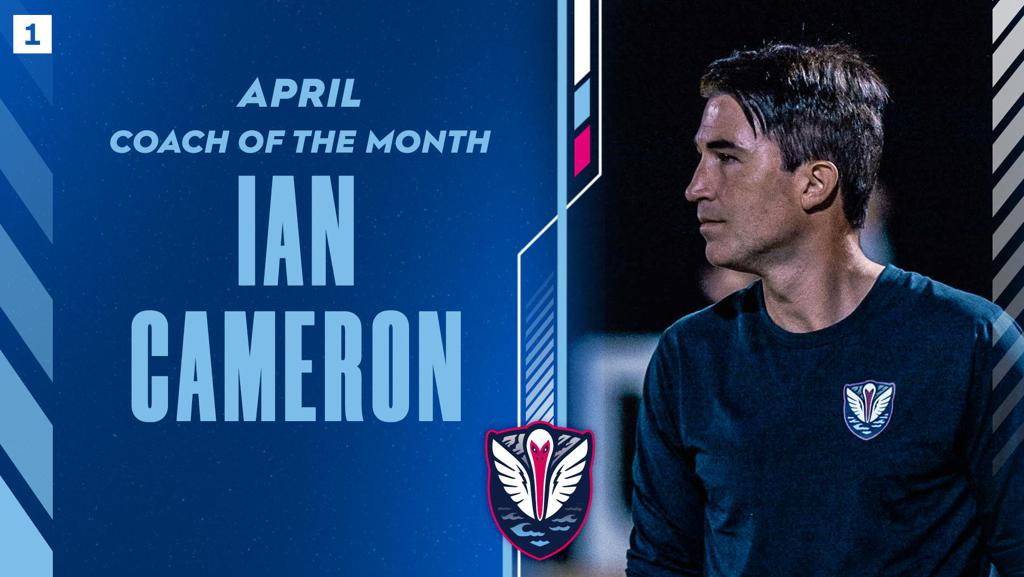 TAMPA, Fla. – USL League One announced on Thursday that South Georgia Tormenta FC’s Ian Cameron has been named the League One Coach of the Month for April. The award is Cameron's first at the helm of Tormenta FC after leading the side to a 2-1-1 record in the season's opening month.

“The Coach of the Month is an award indicative of what the group has done," Head Coach Ian Cameron said. "The group has been exceptional over the last six weeks, and as a byproduct of that, I get to pick up this award. However, it’s a team award and we are really grateful for the effort of the boys. We look forward to seeing what they can do the rest of the season.”

After dropping their opening-day contest, Ian Cameron and Tormenta FC have since gone unbeaten in its last three league matches of April with one draw and two wins, maintaining a goal differential of plus-four while conceding zero goals in the process. Tormenta FC’s mark of one goal allowed through the first month of the season is the lowest in the league thus far.

After conceding the third most goals in the league a season ago, Cameron's squad has turned things around on the defensive side of the pitch. Between April 16 and April 30, Tormenta FC shut out Union Omaha, Greenville Triumph SC and FC Tucson to vault up the league table.

Cameron was selected as League One’s Coach of the Month by the USL League One Technical Committee.

Tag(s): News  So. Georgia Tormenta FC  Coaches of the Month