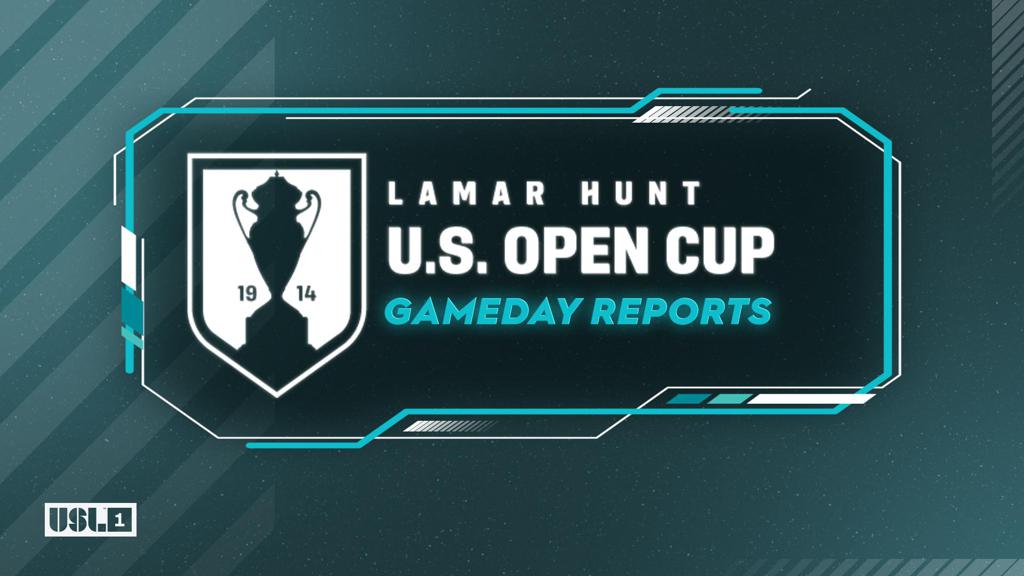 OMAHA, Neb. - The reigning League One champions will become the first club in league history to appear in the Round of 16 of the Lamar Hunt U.S. Open Cup after Union Omaha's decisive 2-0 victory over visiting Northern Colorado Hailstorm FC on Wednesday evening. While Northern Colorado's special cup run ends, Omaha will likely face its second MLS team of the tournament in the subsequent round.

Northern Colorado maintained a 60-40 possession advantage throughout the match, but Union Omaha was able to control the tempo and pace of the match at Caniglia Field. A scoreless first half gave way to a quick Omaha score out of the break, as Noe Meza continued his impressive debut season as a professional with his third goal across all competitions in the 46th minute. The conclusive Omaha goal came from Conor Doyle in the 58th minute and served as the 30-year-old veteran's first goal for the Owls.

RICHMOND, Va. - The Richmond Kickers fell to Major League Soccer's Charlotte FC by a final tally of 5-1 on Wednesday evening in a packed City Stadium. Charlotte jumped out to an early lead before Dante Zacarías Morán leveled the score just after the halftime break to record his second goal for the Kickers in two seasons. Just one minute later, however, Charlotte FC regained its advantage and would go on to score three more before the final whistle sounded.