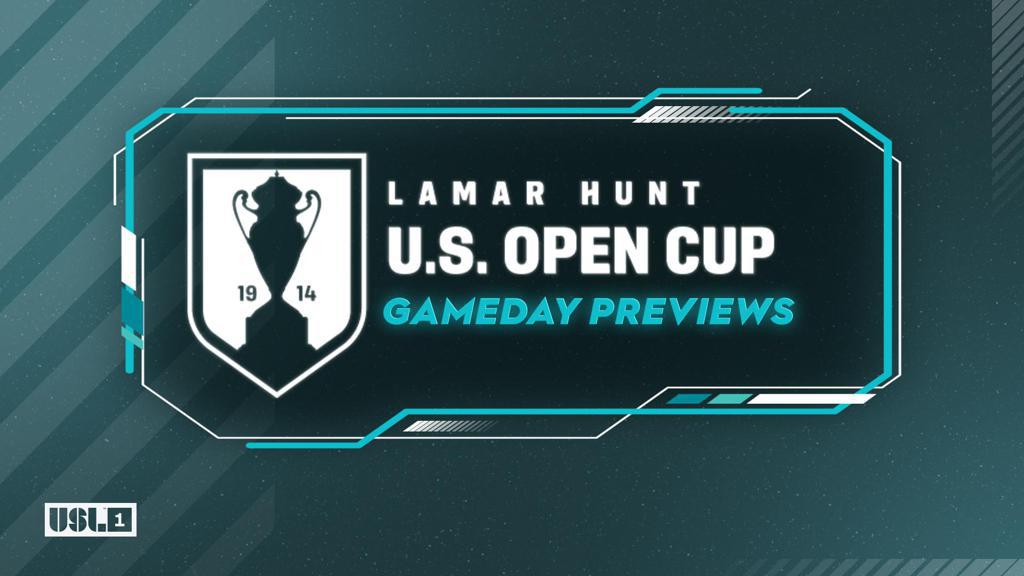 TAMPA, Fla. - A pair of League One clubs will host two critical Lamar Hunt U.S. Open Cup fixtures on Wednesday night as the Richmond Kickers welcome Charlotte FC to City Stadium and Union Omaha host Northern Colorado Hailstorm FC in the first intra-league battle in the U.S. Open Cup beyond the First Round. At least one League One side is guaranteed a spot in the Round of 16 following Wednesday night ⁠–⁠ a first for the league.

For a more in-depth look at each League One matchup, take a look at each club's success in the U.S. Open Cup.

The Richmond Kickers will face the biggest test of their U.S. Open Cup run thus far as they host Major League Soccer outfit Charlotte FC on Wednesday evening at City Stadium. A win for the Kickers would be the sixth victory over MLS opposition in club history and the first time the side has progressed beyond the Round of 32 of the tournament since 2011.

Charlotte has been solid in its first MLS season, positioning itself middle of the table early in the campaign. Despite the success, the newcomers have won just once in their past four league outings. For Richmond, the Kickers started the season on a tear, but have similarly only picked up one victory in their past four League One matches.

The Kickers have advanced to the Round of 32 for the first time since 2018 as they've taken care of Northern Virginia FC and North Carolina Fusion U-23 with a pair of 1-0 victories. Charlotte's first-ever U.S. Open Cup appearance has seen CLTFC sneak past Greenville Triumph SC in extra time in the Third Round.

Richmond Kickers - Nil Vinyals: The first-year Kicker has had a solid impact on his side's early-season success. In addition to netting a pair of goals, Vinyals leads the Kickers in chances created, interceptions and tackles won.

Charlotte FC - Ben Bender: The first overall selection of the 2022 MLS SuperDraft has contributed to his club's early success with a team-high three assists and 16 chances created to go along with one goal.

A first-ever meeting for a pair of League One clubs will come not in league play but in the U.S. Open Cup, as the MLS-slaying Union Omaha and Northern Colorado Hailstorm FC will face off for the first time at Caniglia Field. The all-League One matchup guarantees the league a club in the tournament's Round of 16 for the first time ever.

The reigning league champions along with the newcomers have seen a pair of rather slow starts to the 2022 campaign. With just one win for both sides thus far, Omaha and Northern Colorado sit in the bottom half of the league table.

Union Omaha - Rashid Nuhu: Nuhu has been solid early in the year for the defending league champions. With 14 saves in all competitions, the Ghanaian goalkeeper has played a key role in limiting opponents to just four goals in league play ⁠–⁠ a mark tied for the second lowest in League One.

Northern Colorado Hailstorm FC - Irvin Parra: After sitting out Northern Colorado's victory over Real Salt Lake due to a red card received in the Hailstorm's opening U.S. Open Cup fixture, Parra will be a key figure in the side's potential attacking success. Parra finished second in the League One Player of the Month voting thanks to a pair of goals and seven chances created.