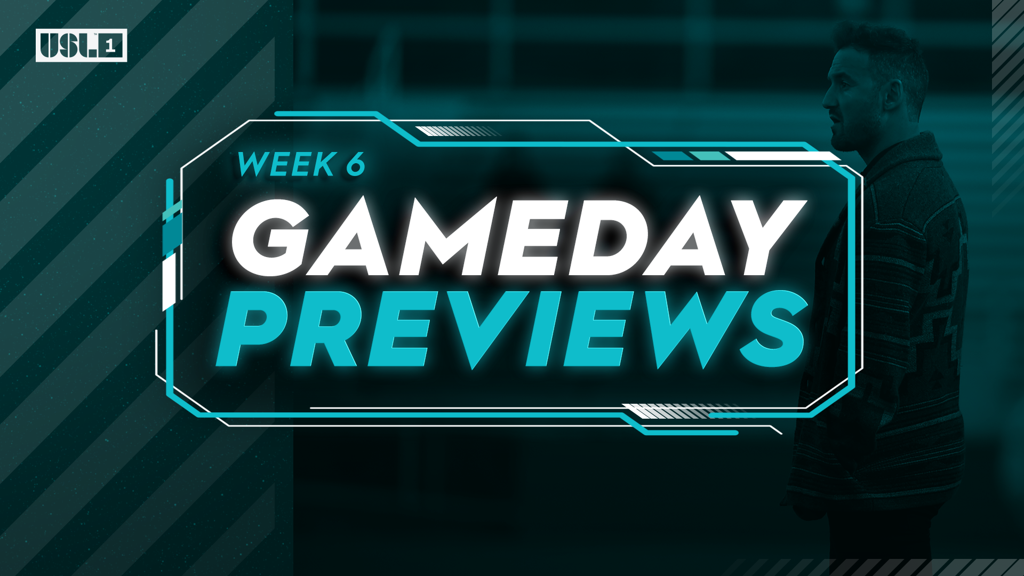 The lone winless club in the league, Forward Madison FC (0-1-3, 11th), will make the trip to City Stadium to take on a red-hot Richmond (2-1-1, 1st) side celebrating the anniversary of its inaugural match in 1993 in a young rivalry dubbed "The Henny Derby." While the Kickers have claimed a victory in their last two meetings with FMFC, a Flamingo victory would be enough to even the all-time series record at 4-4-1.

RIC - Akira Fitzgerald: Nominated for Player of the Month and a catalyst for Richmond’s strong start to the season, Fitzgerald recorded 20 saves on 23 shots faced and maintained an 87 save percentage. The fourth-year Kicker averaged five saves per 90 minutes in the opening month of the season.

MAD - Eric Leonard: The Forward Madison FC original has contributed to his side with a team-high 89.6% passing accuracy, 18 clearances and 13 aerial duels won.

A special night in Chattanooga will see former Red Wolves forward-turned Northern Colorado Manager Éamon Zayed return to Tennessee to face off against his former club. The first-ever meeting between the Red Wolves (2-2-1, 4th) and Hailstorm (1-1-1, 7th) will pit a pair of early contenders against each other in a pivotal early-season matchup at CHI Memorial Stadium.

CHA - Jimmie Villalobos: The club's top scorer thus far, Villalobos leads his side in combined goals and assists along with big chances created.

NCO - Irvin Parra: After spending five years in the USL Championship, Parra is seeing early-season success with expansion side Northern Colorado Hailstorm FC. The 28-year-old forward has already recorded two goals and dished out seven key passes earning him a Player of the Month nomination.

Another first-time meeting between a pair of League One clubs, South Georgia Tormenta FC (2-1-1, 2nd) will host the Charlotte Independence (2-1-1, 3rd) in the latter's first road match of the young season. One of the most exciting matchups of the evening, the match in Statesboro is the lone top-five matchup of the evening and will see two of the top early-season surprises aim to extend their respective successes.

CLT - Tresor Mbuyu: One of the longest tenured Jacks in Charlotte, Mbuyu is enjoying his best professional season with only one month gone. The Congolese forward has already attained a career-high in goals scored in a season with three and has added an assist to lead the league in goals and assists per 90 minutes at 1.45.

Just the third-ever meeting between FC Tucson (1-2-1, 10th) and North Carolina FC (1-2-1, 8th), a victory for either side could result in a massive leap up the League One table early in the season. Both sides in this contest are tied for the second fewest goals scored in league play thus far, so expect a low-scoring affair in the desert.

TUC - Daniel Bedoya: With a strong first month of the season, Bedoya leads Tucson in goals per 90 minutes and chances created.

NC - Garrett McLaughlin: Tied for the league lead in goals, McLaughlin will look to take the lead and earn NCFC the victory.

Professional soccer returns in full force to Fresno, Calif. for the first time since October 2019 as Central Valley Fuego FC (2-1-1, 5th) will host its League One home opener on Saturday evening at Fresno State Soccer Stadium. Fuego FC will take on Greenville Triumph SC (1-2-1, 10th) for the second time this season in the league's first repeat matchup thus far. If Fuego FC's pseudo home opener in Clovis, Calif. against El Paso Locomotive FC in the Lamar Hunt U.S. Open Cup can serve as any indication, Fresno State Soccer Stadium should be rocking on Saturday evening.

CV - Nathan Smith: Smith aided in another Week 5 shutout as he added to Fuego FC’s 1-0 victory over Madison with six recoveries, three clearances and two interceptions.

GVL - Aaron Walker: Walker put away the penalty to claim the victory over Chattanooga last week while also completing five of seven long balls and 36 of 44 passes.