Here are three storylines to keep on your radar this weekend 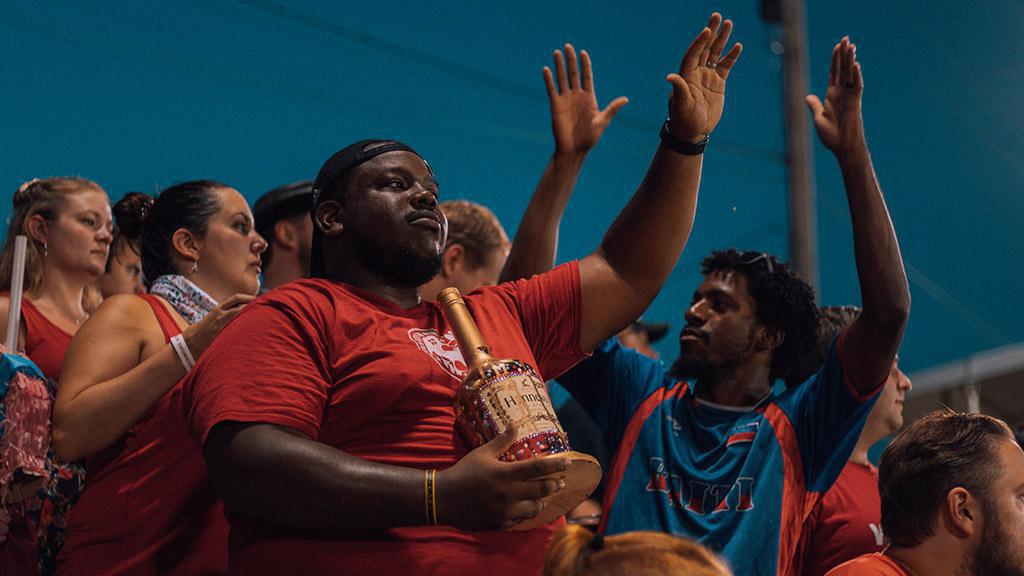 Here are three headlines to keep on your radar this weekend | Image Credit: Richmond Kickers

It's a busy week in League One as 10 of the 11 clubs will be in action on Saturday. Union Omaha will be the lone club to sit out this weekend with the five clubs above and below it in the table all taking the pitch. Here are a few headlines that you should keep your eye on this Saturday.

It's Crowded at the top

While Richmond (2-1-1, 1st) maintains its position atop the League One table on tiebreakers, the Kickers are trailed by four clubs that are level on points. South Georgia Tormenta FC (2-1-1, 2nd), the Charlotte Independence (2-1-1, 3rd), Chattanooga Red Wolves SC (2-2-1, 4th) and Central Valley Fuego FC (2-1-1, 5th) can all take a stab at the top spot come Saturday evening.

The lone winless club in the league, Forward Madison FC (0-1-3, 11th), will make the trip to City Stadium to take on a red-hot Richmond side celebrating the anniversary of its inaugural match in 1993 in a young rivalry dubbed "The Henny Derby." Created by Black-led, Black-created supporters’ groups, Featherstone Flamingos and River City 93, the unique rivalry is now in its third season with a trophy on the line.

“The Henny Derby represents everything I love about local soccer,” said Jason Weintraub of the Beautiful Game Network and League One Fun Podcast. “A supporter-started derby that fans, players and media have all gotten behind. From the trophy, the supporters who started it and the community built around it, Black culture has influenced American soccer for years. This derby shows the creativity, outlet and inclusiveness that Black supporters bring.”

Professional soccer returns in full force to Fresno, Calif. for the first time since October 2019 as Central Valley Fuego FC will host its League One home opener on Saturday evening at Fresno State Soccer Stadium. Fuego FC will take on Greenville Triumph SC (1-2-1, 10th) for the second time this season in the league's first repeat matchup thus far.

If Fuego FC's pseudo home opener in Clovis, Calif. against El Paso Locomotive FC in the Lamar Hunt U.S. Open Cup can serve as any indication, Fresno State Soccer Stadium should be rocking on Saturday evening. Central Valley is coming off of a win on the road against Forward Madison FC and can theoretically finish the night atop the League One table if a few results go its way.

“Tonight was a huge result for building momentum going into our home opener on May 7," Will Gillingham said after last week's victory over FMFC. "The boys are absolutely buzzing to play in front of the best fan base in USL League One. Vamos Fuego!”