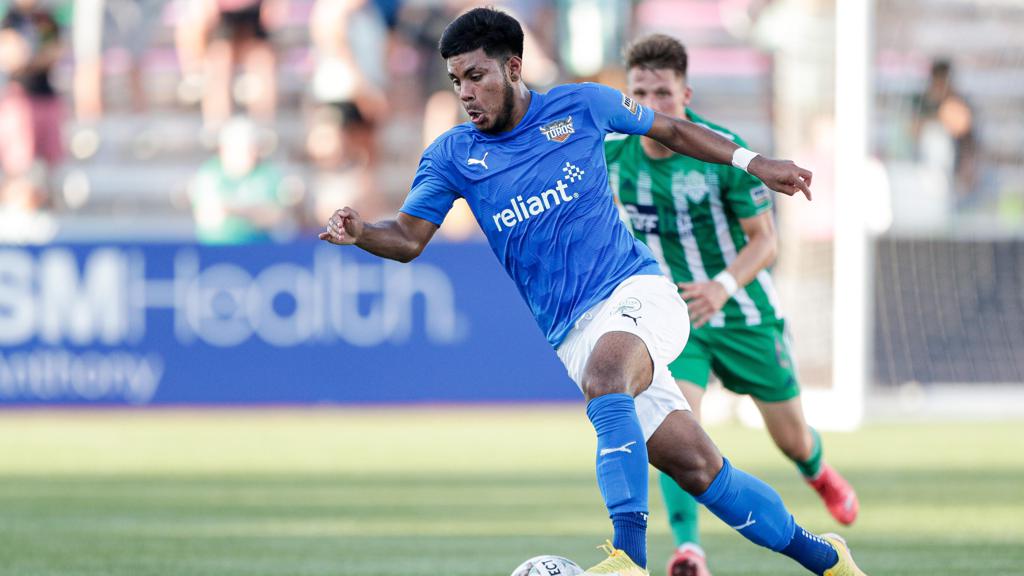 FRESNO, Calif. – Central Valley Fuego FC today announced the signing of Alexis Cerritos as the club continues to build its roster with its inaugural 2022 USL League One season underway. The signing is pending league and federation approval.

“I’m super excited and thankful for the opportunity to play for this club, and ready to work,” said Cerritos. “I’m looking forward to having a successful year and striving for a championship this year.”

Cerritos spent his youth career within the D.C. United Academy from 2015 to 2018 before a short stint in 2019 with C.F. Pachuca's academy in Liga MX. Alexis' father, Ronald, a former D.C. United Academy coach and Major League Soccer player, is a member of the San Jose Earthquakes' Hall of Fame

On the international stage, Cerritos' one cap with the El Salvador National Team came in an international friendly victory over Canada in 2017. At the time of his debut, Cerritos was the second youngest player and first born in the 21st century to appear for La Selecta.