NCFC Duo Called Up to Represent El Salvador in Cary 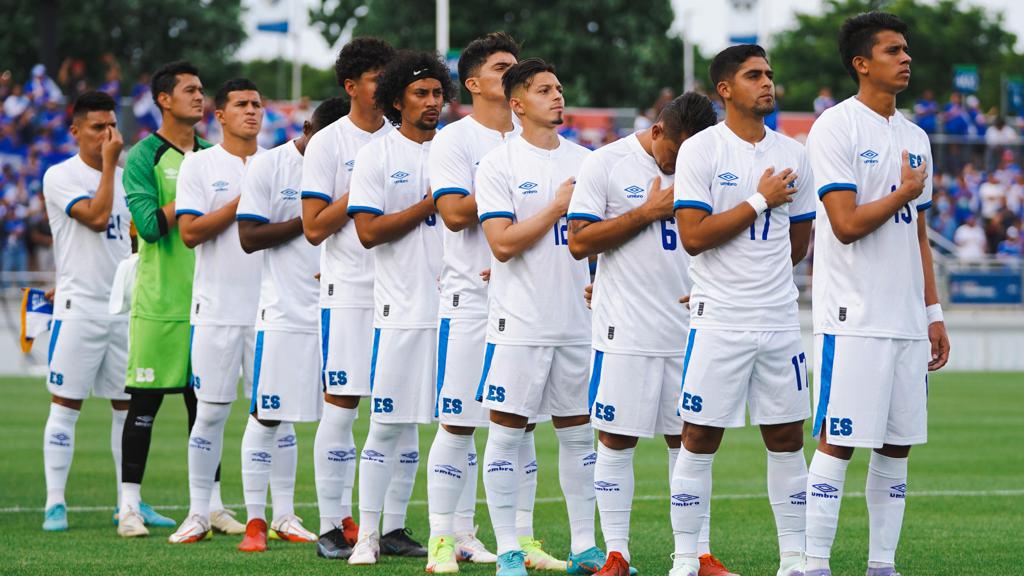 CARY, N.C. — El Salvador and Panama faced off in an international exhibition at WakeMed Soccer Park on Sunday afternoon, as two members of the North Carolina FC roster — defender Nelson Flores Blanco and midfielder Nelson Martinez — were available to represent El Salvador at their club's home stadium. Sunday's match was the 22nd men's or women's international contest in the stadium's 20-year history.

Blanco was a member of the starting XI and registered 63 minutes of playing time, while Martinez was an unused substitute in the weather-shortened match.

"It is always an honor representing my country and doing it in my home stadium is a plus," Nelson Flores Blanco said. "It was an amazing atmosphere, and I'm happy and blessed to have had the chance to play in front of my team and my family."

"It was an honor to represent my country, the atmosphere was amazing," Nelson Martinez said. "What made it even better was that it was at home, where we play week in and week out. It was a blessing being able to experience it."

Within the first five minutes of the match, Azarías Londoño drew first blood for Panama. The scoring play began with a long ball from the goalkeeper, played upfield to the Panamanian forwards and put away by Londoño. Intent on equalizing in the 11th minute, Salvadorian captain Bryan Tamacas fired a shot on goal, only to be denied by Panama’s goalkeeper.

Later, in the 14th minute, a handball in the El Salvador box earned Panama an opportunity at a penalty kick. The kick was taken by captain Richard Peralta, who converted the chance to tally Panama’s second goal. A valiant effort from El Salvador’s Bryan Landaverde nearly cut Panama’s lead in half, and was quickly followed by another scoring chance in the 32nd minute.

A yellow card issued to Panama’s Reyniel Perdorno proved the necessary shift in momentum for El Salvador, as Bryan Tamacas scored to finally edge into Panama’s lead. The first half concluded in favor of Panama, the 2-1 scoreline holding as the halftime whistle blew.

Just nine minutes into the second half, El Salvador found the net for a second time, as an entry ball broke through the last line of defenders for a service across the box, leading to a certain tap-in for Christian Gil. Following 63 minutes of playing time for his country at his home stadium, Nelson Flores Blanco was replaced by Kevin Menjivar, piecing together an impressive performance in the backline.

Upon Blanco’s departure from the match, El Salvador collected their third goal and captured the lead, courtesy of Jairo Henriquez. The game was paused in the 67th minute due to a lightning storm, and both teams decided to forgo the remainder of the game, thus concluding in a 3-2 victory for El Salvador.