First month of season concludes with quartet of matches 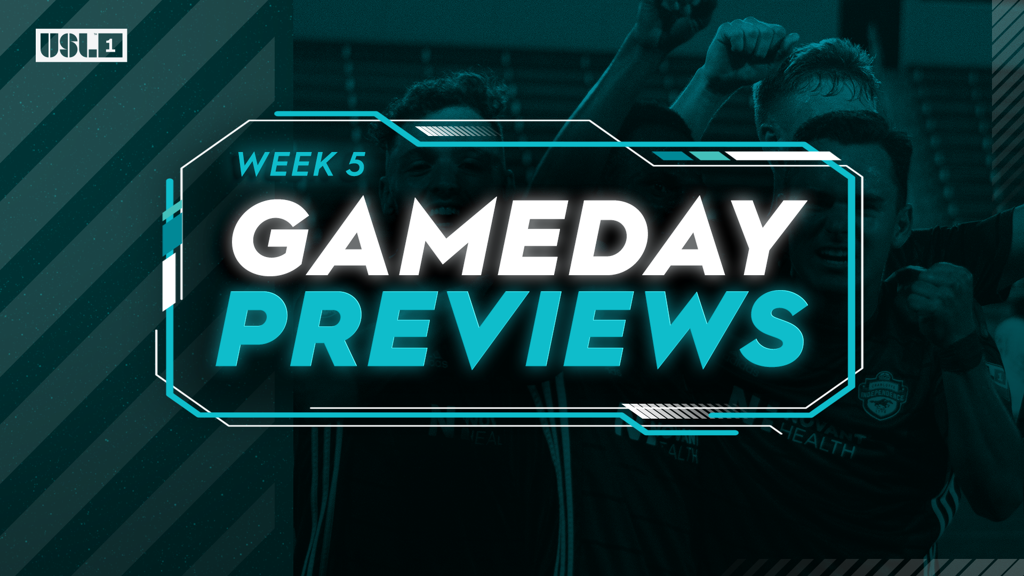 Unbeaten Forward Madison FC (0-0-3, 10th) will host a Central Valley Fuego FC (1-1-1, 6th) side hungry to get back to its winning ways. Following its strong start to League One and U.S. Open Cup play, Fuego FC have conceded a draw and a 3-0 loss to Union Omaha in its last two league outings. For Madison, the Flamingos are looking to find the finishing touch and claim its first win of the year following a trio of draws.

MAD - Phil Breno: The Week 3 Save of the Week winner is tied for the fourth most saves in league play this season but will need to have a big game to keep the veteran Central Valley attackers out of the back of his net.

CV - Christian Chaney: One of two Fuego FC players with a pair of goals on the season, Chaney will look to extend his strong start to the season in Madison.

A pair of hot clubs will face off at American Legion Memorial Stadium as Charlotte Independence (1-1-1, 5th) and Union Omaha (1-0-2, 3rd) face off on Saturday evening. In the first-ever meeting between the two sides, a win for either could result in a potential shift to the top spot of the league table. Charlotte is hosting its second match of the week after dropping a 2-1 contest to the Richmond Kickers on Monday, while Union Omaha is hitting its stride early in the year.

CLT - Miguel Ibarra: Converting over 90% of his total passes and 90% of his passes in the opponent's half, Ibarra has already recorded a goal and assist this year.

OMA - Rashid Nuhu: In his second consecutive week earning Team of the Week honors, Nuhu contributed to his side’s 3-0 shutout victory over Fuego FC last week with a trio of tough saves.

North Carolina FC (1-1-1, 7th) will meet Northern Colorado Hailstorm FC (0-1-1, 11th) for the first time in club history on Saturday evening at WakeMed Soccer Park. North Carolina has seen an up-and-down start to the season with a trio of unique results, while Northern Colorado has yet to claim its first-ever League One victory despite its U.S. Open Cup success. While both have struggled to find the back of the net so far this season, NCFC and Hailstorm FC have found success limiting opposition scoring.

NC - Garrett McLaughlin: Tied for the league lead with his three goals so far, McLaughlin has found success to begin his tenure in Cary.

NCO - Irvin Parra: Having already scored a goal this season, Parra is tied for fifth in the league with his six chances created this season.

With identical starts to the season and both coming off a victory, FC Tucson (1-1-1, 8th) will face South Georgia Tormenta FC (1-1-1, 4th) for the first time this season. Although both starting the season with a loss and a draw, a win on Saturday could result in either side vaulting to the top of the table. Winning two of its last three against Tormenta FC, an FC Tucson win would even up the all-time series at 3-3-1.

TUC - Jacob Crull: Maintaining over 93% passing accuracy and 85% passing accuracy in the Chattanooga half last week, Crull – who recorded 10 clearances and a pair of interceptions – earned his second consecutive Team of the Week honors following Tucson’s victory.

TRM - Arthur Bosua: Bosua nearly single-handedly propelled Tormenta FC to its 2-0 victory last week thanks to his goal and assist performance in a match that was statistically controlled by Greenville.