Blanco called up for international friendly against Guatemala 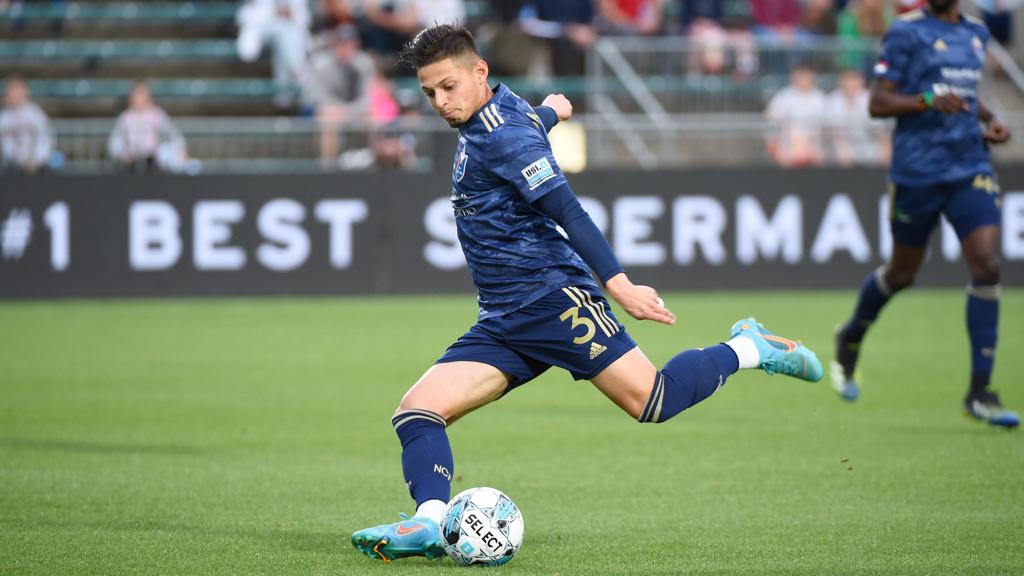 CARY, N.C. – North Carolina FC today announced that defender Nelson Flores Blanco has been named to the El Salvador National Team for an international friendly against Guatemala. The match will be played at PayPal Park in San Jose, Calif. on Sunday, April 24 at 7 p.m. ET.

“It is always a blessing getting called up to my national team,” said Blanco. “It has always been a dream of mine since I was a kid to represent my beautiful country. I’m beyond grateful to get my fifth call up, and I couldn’t have done it without my family and my coaches that push me every day to improve.”

Blanco re-signed with North Carolina FC in December 2021, and is in his fourth season with the club. So far this season, Blanco has clocked 270 minutes of playing time in three appearances, continuing to develop in his integral role in the NCFC backline. Last season, Blanco started 25 of 28 matches and recorded three assists with the club. As a result of his dominant year with NCFC, the 22-year-old received his first call-up to the El Salvador National Team, making his debut on Nov. 6, 2021. Blanco has since made four appearances with the senior national team, with the opportunity to record his fifth appearance for his country on Sunday.

“I know how much it means for Nelson to represent his country and to wear the El Salvador jersey,” said NCFC Head Coach John Bradford. “I’m excited and proud of him for another call-up and am certain he’ll make the most of this opportunity.  I look forward to seeing him compete again on the international level.”