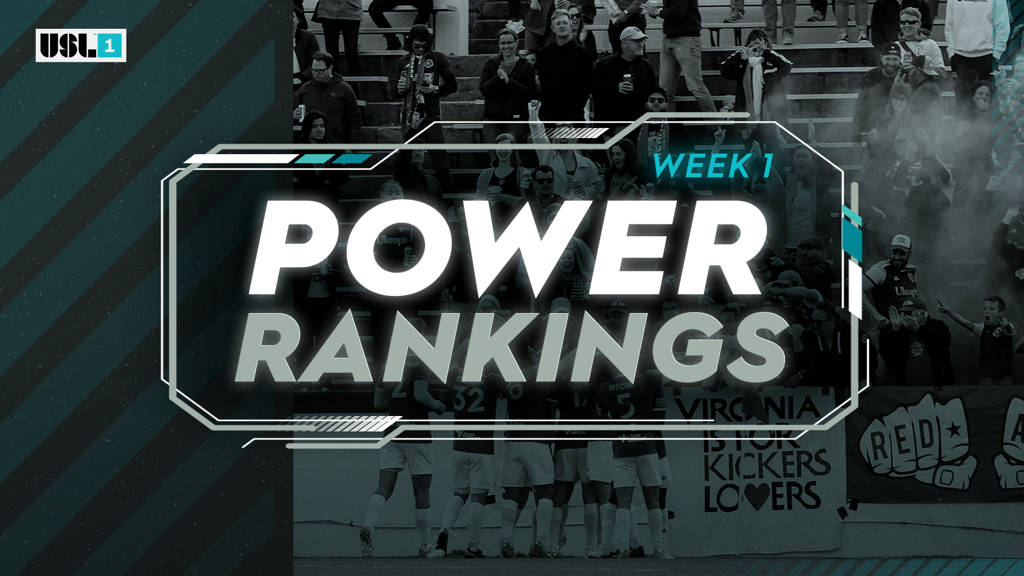 The Richmond Kickers sit atop the League One Power Rankings following an emphatic 4-0 thumping of visiting FC Tucson on Saturday. A well-rounded performance from just about every player on the pitch means the Kickers headline the Power Rankings for the first time since their 4-1-1 start to the 2020 campaign.

Individually, midfielder Nil Vinyals starred for the Kickers, converting both of his shots into goals and assisting a score later in the match as well. The Week 1 Player of the Week was accompanied by goalkeeper Akira Fitzgerald, defender Stephen Payne and forward Emiliano Terzaghi on the Team of the Week ballot.

Central Valley Fuego FC also made noise in its first match as the expansion side dethroned Triumph SC in Greenville thanks to a Christian Chaney brace. With both Fuego FC and Northern Colorado Hailstorm FC following a similar blueprint of pairing veteran USL stars and young rising talents, it will be interesting to see how the pair of expansion clubs stack up against the league's usual powers as the season unfolds.

Also included in the top five spots are both Forward Madison FC and Chattanooga Red Wolves SC following a thrilling 1-1 draw at a sold-out CHI Memorial Stadium. Additionally, a strong defensive showing on the road means North Carolina FC secured three points and a spot near the top of the list.

While the 2022 season is still in its infancy, here's how things have shaken out following the first batch of matches.