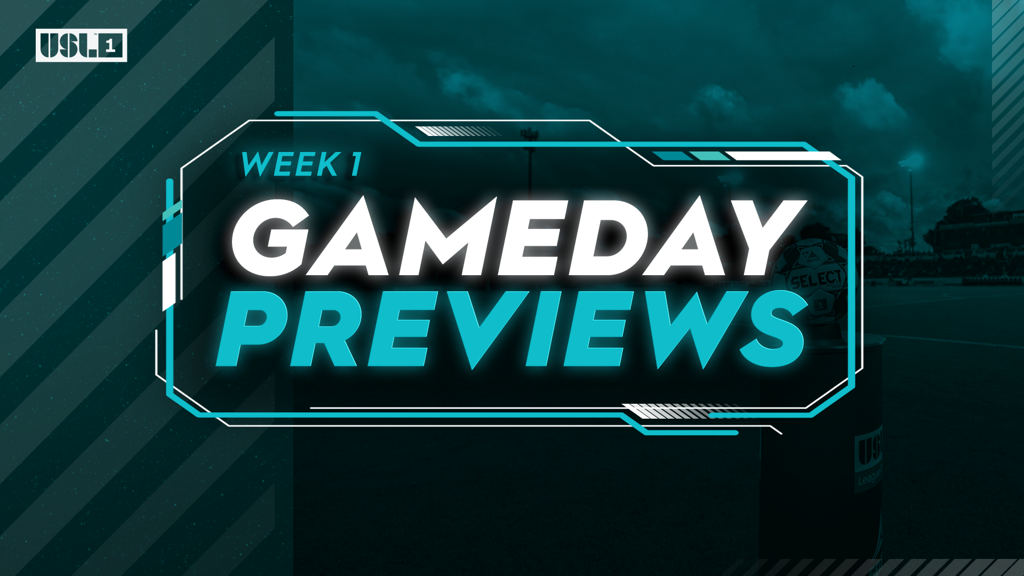 The 2022 USL League One season will fittingly commence at Richmond's City Stadium this Saturday as the Kickers celebrate their 30th consecutive season of operation. Saturday's quartet of matches will feature plenty of big names from the 2021 campaign including back-to-back MVP Emiliano Terzaghi and promising young goalkeeper Nicholas Holliday. The first weekend's slate will also feature the deubt of one of three new clubs entering League One in 2022 in Central Valley Fuego FC.

The 12th all-time meeting between a pair of League One originals will see Richmond kick off its season-long celebration of 30 consecutive seasons in operation as it hosts FC Tucson. In three previous matchups at City Stadium, FC Tucson has never claimed a point. Despite this, the Kickers will be eager to avenge their last-minute heartbreak delivered by FC Tucson in November's League One Quarterfinal.

TUC - Daniel Bedoya: A key returnee for Tucson, Bedoya has found success attacking – accumulating a combined six goals and assists in 2021 – and defending – leading all returning players in tackles.

The season's second match will feature the perennial powerhouse against the newcomers as Greenville face off against Central Valley. Despite being an expansion side, Fuego FC will field a team of experienced veterans that have had numerous opportunities to develop chemistry during a lengthy preseason. On the other side of the pitch, the same can be said for Triumph SC as the 2020 champions have developed an experienced core of players that can challenge for a fourth consecutive trip to the League One Final.

GVL - Brandon Fricke: Fricke led Greenville in clearances and blocks a season ago. He'll have his hands full with Fuego FC's new contingent of attackers.

CV - Villyan Bijev: Representing his hometown of Fresno, the veteran Bulgarian attacker will look to add to his impressive goal tally accumulated across leagues in the United States, Bulgaria, England, Norway and Germany.

Winless against the Flamingos since their first meeting in 2019, Chattanooga will look to even out the series between itself and Madison which has largely consisted of low-scoring draws or single-goal defeats. Both sides have reloaded on the defensive side with a pair of former USL Championship standouts – detailed below – and have seen promising developments in their attacking options. With Chattanooga likely fielding Juan Galindrez, David Texeira and Jorge Páez against Madison's Jeremiah Streng, Rojay Smith and Matheus Cassini, it's hard to imagine that this will be a low-scoring affair.

CHA - Nicolás Cardona: Following a breakout campaign with Hartford Athletic a season ago, the Puerto Rican national team captain will be tasked with halting a retooled Madison attack.

Seeking its first win against North Carolina FC, South Georgia Tormenta FC will have to do so with a largely different group from a season ago. Following the sale of the key players during the offseason, Tormenta has reloaded on nearly every side of the pitch. For North Carolina, one of the youngest rosters in the league is also one of the most promising as a handful of internationals remain eager to develop into the international game's stars of tomorrow. Expect the match to be a good indicator of which players will step up for either side this season.

TRM - Kingsford Adjei: Expectations are high for the 2021 No. 1 USL League Two Top Prospect. The Right to Dream Academy alumnus and 2021 League Two title-winner could easily develop into the next big player to come out of Statesboro.

NC - Nicholas Holliday: One of the most promising youngsters in League One comes in the form of 16-year-old Holliday. The youngest 'keeper in league history refined his skills with Germany's Bayer 04 Leverkusen over the summer as he continues to develop into one of the country's versatile young stars.