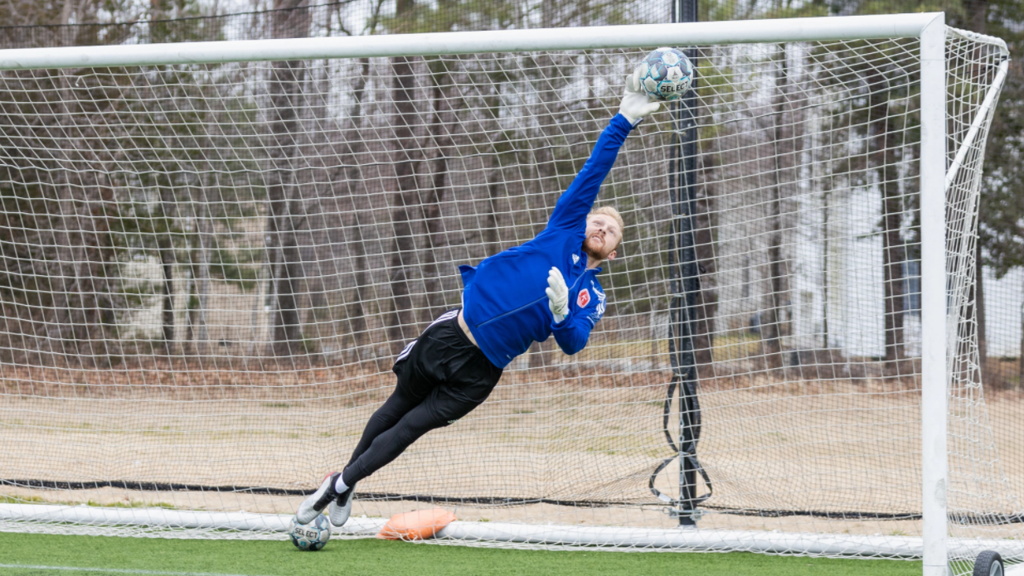 RICHMOND, Va. – The Richmond Kickers today announced the signing of goalkeeper Will Palmquist for the 2022 season, pending league and federation approval.

“Will came into camp with us and earned his way onto our team,” Chief Sporting Officer and Head Coach Darren Sawatzky said. “He has good experience, commands the box well, and gives us another option we feel good about for game days. Will also fits the culture here well and is a valuable add to the locker room. We have enjoyed watching him battle through preseason and we are very happy to have him with us for the 2022 season.”

“I was very excited when Darren expressed interest in adding me to the group for this season,” Palmquist said. “From our conversations, it became clear that this would be a great environment for me to grow as both a player and person. I look forward to representing a club with such great fans and rich history in US soccer.”

Palmquist joins after spending his rookie season at New Mexico United in the USL Championship. While he did not make an appearance for the Black and Yellow after signing in August 2021, the Denver native credits his time in New Mexico as an opportunity to learn how to be a professional athlete in a veteran-driven, high-character dressing room.

“New Mexico was a great place to be for my first professional season,” Palmquist added. “Like the Kickers, we had a great group of guys and a strong culture.”

Before signing as a professional, Palmquist played college soccer with the University of Denver Pioneers. Over four seasons, he played in 40 matches while holding a 0.89 goals against average (GAA). He finished his college career with an exclamation point during the Spring 2021 season that was shortened by COVID-19. In eight matches, he posted a 6-2-0 record while recording three clean sheets and holding a 0.625 GAA which ranked 15th in the country.

Palmquist looks to take the next step with the Reds as he continues to build on the experience gathered at Denver and with New Mexico United.

“On an individual level, I hope to develop and grow my game over the course of the season and learn as much as I can from the guys around me,” Palmquist said. “In the process, I hope to play a valuable role in winning a championship for this club and community.”