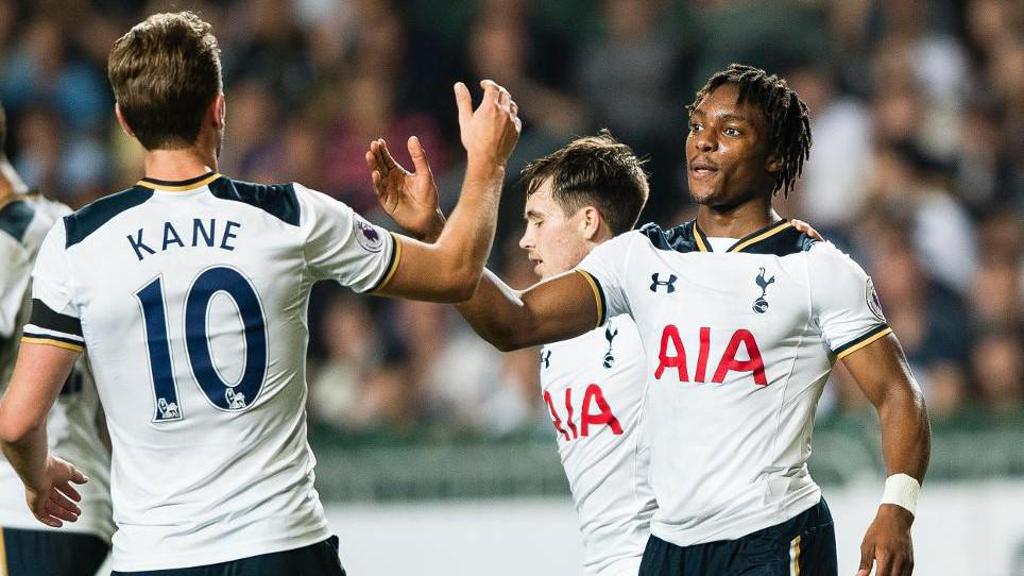 The North London native made his professional debut in the UEFA Champions League at 19 years and 27 days old, making him the youngest Spurs player to appear in the European tournament. Sterling subbed on for Dele Alli in the 88th minute for Tottenham’s final group stage match against APOEL FC in 2017.

Sterling, 23, regularly appeared for the Tottenham U-23 side and has made over 100 appearances in European competitions including the UEFA Champions League, the Emirates FA Cup and the Premier League 2, among others.

Tormenta FC’s latest signing has also represented the England National Team at the 2015 FIFA U-17 World Cup in Chile. In 2015, Sterling was called up to represent England and appeared in all three U-17 World Cup group stage matches for the Three Lions. Sterling has also featured for England youth national teams in the 2015 UEFA U-17 Championship and international friendlies, scoring four goals across all international competitions.

"Kazaiah is a well-rounded forward with good movement in behind, an ability to link play and aggression against the ball,” Tormenta FC Head Coach Ian Cameron commented. “These attributes are exciting to coach, and our midfielders will thrive off his energy in front of them. There's no doubt his education at Tottenham Hotspur has been formative in his development.”

Sterling spent time on loan to EFL League One sides Sunderland AFC and Doncaster Rovers FC and EFL League Two side Southend United. A final loan to Scottish Championship side Greenock Morton FC saw him fulfill his contractual duties with Tottenham Hotspurs in 2021.

“The transition to Tormenta FC is made easier by virtue of his experiences on loan at clubs like Southend and Greenock Morton in the past calendar year,” Ian Cameron commented. “There, Kazaiah learned his trade in a less-privileged environment, thus arriving more determined than ever to reach the top leagues again. We must all appreciate there is a transition period for all internationals to American soccer, no matter what level a player comes from. It is our staff and players' responsibility to help him with that and provide a platform for him to do his part, score goals and lead the line."

Prior to being promoted to the Tottenham first team, Sterling played in 39 Premier League 2 matches in which he scored 19 goals and averaged a score every 155 minutes. Sterling was named the Premier League 2 Player of the Month in January 2019 after both scoring and assisting in two PL2 matches.

“I'm really excited to get over there and meet up with the team and get to see the fans,” Sterling stated about his next move. “I’ve got positive spirits going into this season, and my goals for the season are to help the team win the league by scoring, assisting and creating goals - also by helping the team in any way I can.”