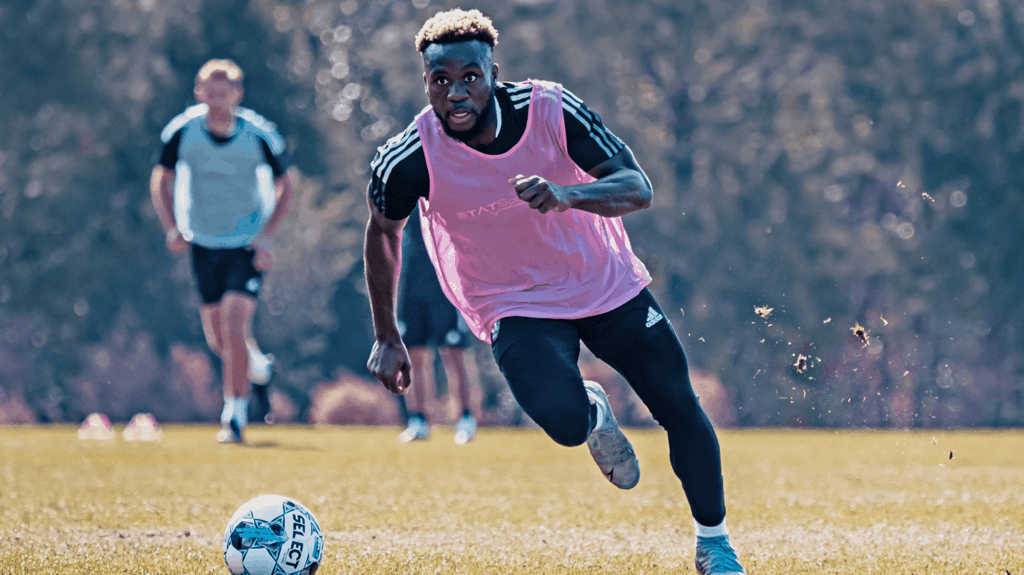 After a successful collegiate and pre-professional career, the Ghanian midfielder was selected in the 2022 MLS SuperDraft by reigning Major League Soccer champion New York City FC as the 56th overall pick in the second round.

"This kid can flat out play,” Head Coach Ian Cameron commented about the team’s most recent roster addition. “He's no flimsy attacking midfielder, despite his smaller stature. He runs at players, he creates and he wants to score goals. And even better, he hunts the ball when he loses it, and our staff loves that.”

“Kingsford is going to be a fan favorite and allows us to be dynamic with and without the ball. As you learn about his soccer and life journey, you appreciate him even more, and our community will benefit greatly from having this young man here in South Georgia."

Adjei was drafted from the University of Dayton Men’s Soccer program where he earned numerous accolades since 2019. The attacker won Midfielder of the Year twice for the Atlantic 10 Conference and made the A-10 First Team in three consecutive seasons.

“I am glad to be joining a great team and be able to represent the Tormenta FC colors and play for a great community and fan base,” Adjei commented. “It's an honor to represent the community of Statesboro, and I am happy to be representing the 912.”

The MLS SuperDraft pick was a core player throughout three campaigns at Dayton, tallying 21 goals and 12 assists in 36 total matches played. In his senior 2021 season, Adjei recorded five goals and three assists to help the Flyers reach the Atlantic 10 Championships where they succumbed to top-seed St. Louis University.

Prior to his time at Dayton, the Ghanian native played his freshman season at Quincy University where he impressed with nine goals and two assists in 14 starts out of 18 matches played.

Kingsford attended the Right to Dream Academy in Eastern Region, Ghana, for five seasons and was named the Academy Student of the Year in high school.