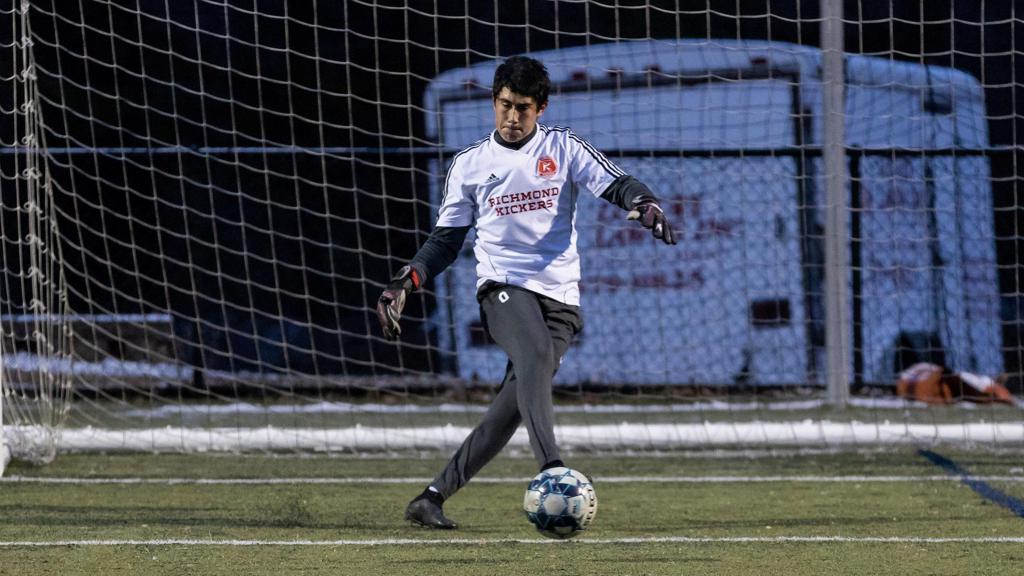 RICHMOND, Va. – The Richmond Kickers today announced the signing of goalkeeper Eli Mumford to a USL Academy contract for the 2022 season, pending league and federation approval.

"We are working on the future of the Richmond Kickers every day,” Chief Sporting Officer and Head Coach Darren Sawatzky said. “Eli is a young goalkeeper with big upside and an incredible competitive streak. He shined in our combine this winter and his commitment to becoming a pro player is profound. We are excited to add him to the goalkeeping core here and we look forward to watching his progress this season."

The Chapel Hill, N.C. native joins the Kickers after previously playing for USL League Two's Wake FC during the 2021 season. Prior to joining Wake FC, Mumford played for North Carolina FC’s academy from the U-12 to U-17 levels.

As the third player to sign a USL Academy contract under Sawatzky, Mumford’s signing marks the continued emphasis on identifying young talent for development and providing a modernized pathway to professional soccer.

"To be 17-years-old and come into such a historic club like the Richmond Kickers is such an amazing opportunity because of all the history and all of the great players that have been here," Mumford said. “I’m grateful to Coach Darren, Coach Mika, and the rest of the technical staff for giving me the opportunity.”

Mumford has the opportunity to not only develop for the professional ranks but also to do so under the tutelage of one of his idols growing up. The Kickers’ Goalkeeping Coach and starting goalkeeper, Akira Fitzgerald, was a member of the Carolina Railhawks (now North Carolina FC) from 2011-16.

Mumford looks forward to growing alongside his teammates and having the opportunity to surround himself in the culture and atmosphere of the Kickers – something he has previously experienced as a spectator.

"I remember coming to City Stadium when I was 14 – we were up here playing a game – and we went to see the Kickers play," Mumford said. "I just remember coming into the stadium and the crowd was roaring with emotions. I thought, 'what a great place,' and then to be able to come here three, four years later and be able to train and be in the locker room is just so amazing."