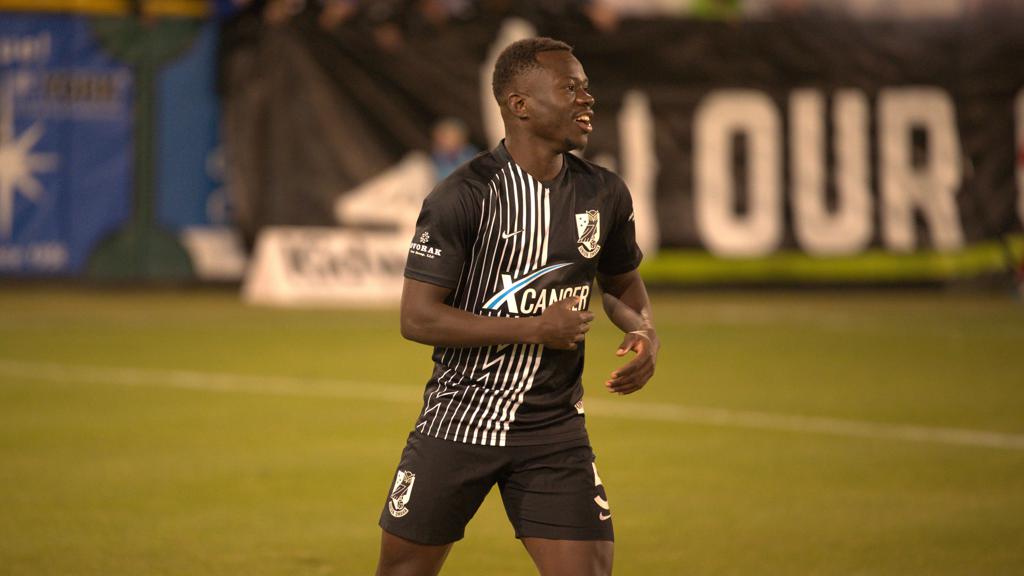 The Kenyan midfielder claimed a League One title with Union Omaha a season ago | Image Credit: Union Omaha

"In Tobias, we feel we have a best-in-class holding midfielder in USL League One and the Championship,” Head Coach Ian Cameron commented. “Otieno is a player that teammates love playing with as he competes for everything and has an infectious love of the game.

“He arrived at USL League One and achieved great success at Union Omaha. Now, we aim to develop his game even further and build on that success."

Prior to Omaha, Otieno played in the Kenyan Premier League for two seasons as one of the league’s youngest starters, gaining experience in the CAF Confederation Cup and the CAF Champions League. Otieno made his professional debut for his hometown team SoNy Sugar FC before departing to join the Nairobi-based Gor Mahia FC. Otieno was also a member of the Kenyan U-23 Men’s National Team.