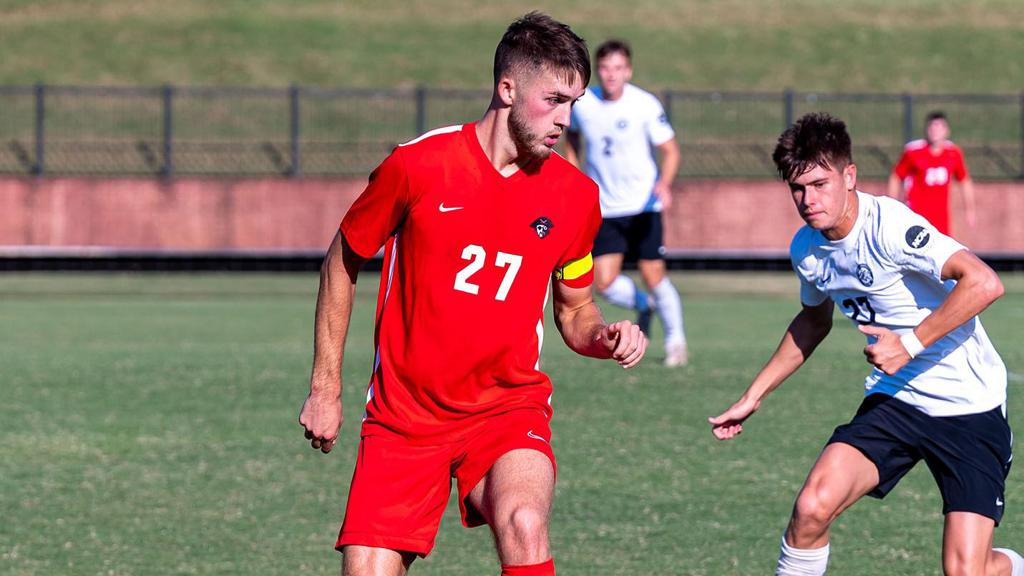 "We were looking for a clever, hard-working midfield player with a good engine to compliment the guys we have here,” Chief Sporting Officer and Head Coach Darren Sawatzky said. “Chandler fits that mold very well and his game acumen is very high for a young player. We see him playing a couple different roles in the midfield. MIka found him through his network so we are happy to add another character guy to the locker room."

O’Dwyer joins the Kickers for his first professional season after putting an exclamation point on his college soccer career at Christian Brothers University during the Fall 2021 season. The Lingfield, England native divided time playing in both the number 8 and 10 roles on his way to scoring 12 goals across nine separate matches and assisting two more before earning Division II Scholar All-American, Gulf South Conference Offensive Player of the Year, and First Team All-Region honors.

2021 proved to be a very successful year for the midfielder who transferred to CBU in January as a graduate student with an extra year of eligibility because of the COVID-19 pandemic canceling the 2020 season. The Buccaneers took the pitch in the spring, and O’Dwyer notched five goals and one assist in a truncated season that saw CBU finish as GSC finalists.

On top of completing two successful seasons inside of a calendar year, O’Dwyer also graduated with a Master of Business Administration and was named to GSC’s All-Academic Team with a 3.87 GPA.

"When Darren reached out to me about the possibility of playing for the Richmond Kickers I was ecstatic about the opportunity," O'Dwyer said. "To play not only for Darren but for the Kickers' organization and the city of Richmond is very exciting.

"I could tell from Darren's own career that he was a very high-level coach with high expectations and that suits me perfectly. I want to come here to grow as a player and show that I can play at this level. My expectation this season is to prove myself, get as many minutes as possible on the pitch, and to help this team win the regular season and the USL League One title."

O’Dwyer is a midfielder who prides himself on having comfortability and confidence with the ball at his feet. As a box-to-box midfielder, he uses his vision to pick out passes and build-up play to the attack. Going forward, O’Dwyer mixes a dangerous combination of timing and his 6 foot 2 inch frame to get up for balls being played into the penalty area, and he scored multiple headed goals for CBU.

In between the spring and fall semesters at CBU, O’Dwyer played for USL League Two side, Des Moines Menace. The Menace, who has operated since 1994, enjoyed an exceptional 2021 season, winning the USL League Two Championship as well as regular-season champions with an 11-1-0 record. O’Dwyer made 13 appearances for the club including the final, and he added one goal to his tally for the Menace.

O’Dwyer joins fellow Des Moines Menace alum Jonathan Bolanos who also signed his first professional contract with the Richmond Kickers. Now, the Englishman is looking forward to enjoying the atmosphere of another historic club as it prepares to celebrate its 30th consecutive season.

"To play in front of such passionate support like The Red Army is something that every footballer dreams of," O'Dwyer said. "I got to experience it a little bit in the summer playing for the Des Moines Menace. Playing for supporters like that makes for an atmosphere unlike anything else and I can’t wait to do it in City Stadium."