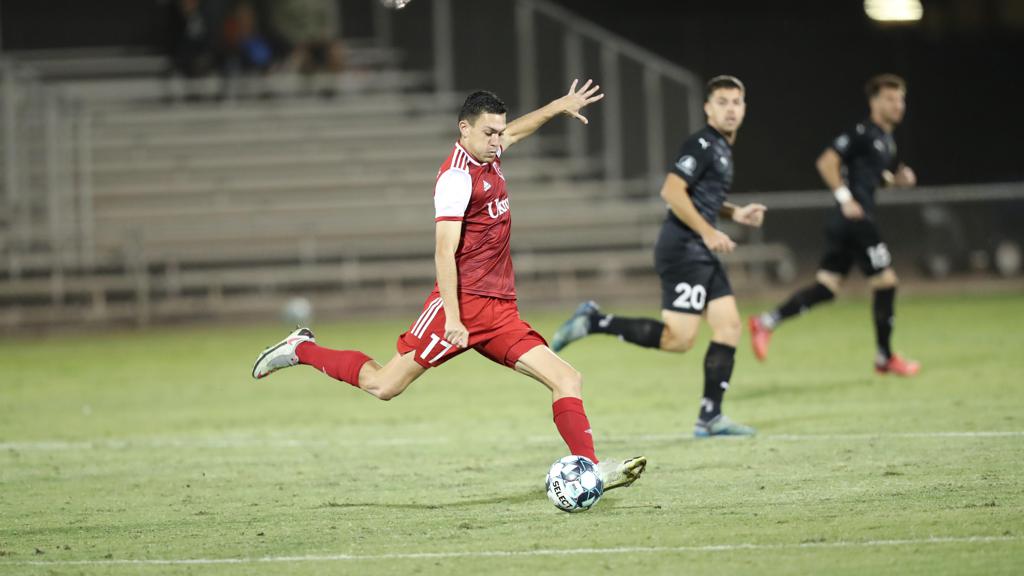 "Jono scored some good goals in 2021 and was more and more intentional in his play,” Chief Sporting Officer and Head Coach Darren Sawatzky said. “There is no reason he can't get into the fight in the goal-scoring categories in 2022. He was an important piece of the puzzle to get back this year, and we are happy to have him continue his growth here in Richmond. We see him running at defenses, unbalancing the opposition, and creating chances at the highest level this year."

After an encouraging rookie campaign during the truncated 2020 season, Bolanos took another step forward in 2021, starting 25 matches in 29 appearances including a start in the Kickers’ first playoff match since 2016. He was a fixture on the matchday team sheet as he finished the season with 2,101 minutes played, ranking seventh on the team.

“Re-signing with Richmond means the world to me,” Bolanos said. “I’m truly grateful to play another year for a great club and in front of the best fans in the league. The Kickers made my dream of becoming a professional come true and I could not be happier to re-sign for another year.”

Both Sawatzky and Bolanos are expecting another year of evolution for the 23-year-old.

“I am looking forward to developing my game in the right direction this season,” Bolanos said. “The goal is to get better every day, every game. If one focuses on what they can control the results can be unlimited.

“Making better decisions in front of goal and being ruthless in the attack are two main points Darren has emphasized, which has helped me to become a better winger so far. Defensively, I feel I’ve grown as a player as well, learning and gaining experience to bolster that side of my game.”

Bolanos started the 2021 season with a bang, bagging the team’s first goal on the road at New England Revolution II. In the 35th minute, he made a blazing run in transition before smashing the ball into the onion bag at Gillette Stadium. The Kickers went on to win the match 3-0.

The Miramar, Fla. native sparked another key road win when the Kickers faced off at eventual USL League One finalists, Greenville Triumph SC, on August 22, 2021. In the opening minute of the second half, Bolanos received the ball from a Zaca Moran tackle and raced up the left wing. As he approached the penalty area, he cut inside and ripped a low-driven worm burner from outside the box that beat the keeper.

As the Kickers’ preseason gets ready to start, Bolanos is solely focused on taking the next step and making sure he and his teammates are the last ones standing in November.

“As an individual, my biggest goal is just to contribute every game in any way I can and give my best every day for the club and the fans. As a club, winning a trophy this season is the main and most important goal.”