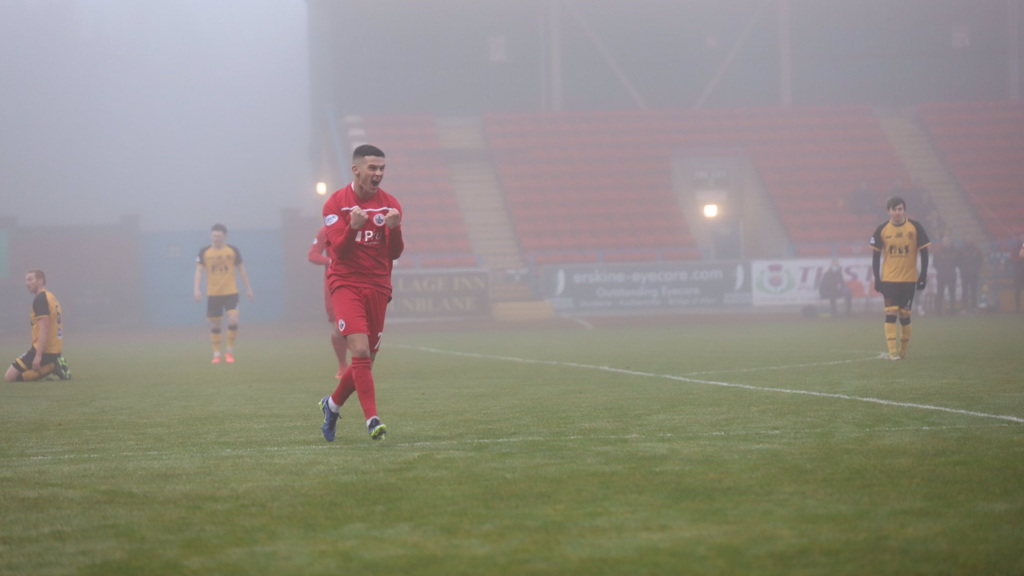 In two-and-a-half years as a professional in Scotland, 22-year-old Scally has made 62 appearances across all competitions, scoring 11 goals and adding nine assists.

Scally joined Scottish fourth-tier side Stirling Albion FC in the summer of 2021, and during the 2021–22 season, he started seven matches and came off the bench in eight others. Five of his Scottish League Two starts came after December 11, including a match against Annan Athletic on December 18 in which he scored both Binos’ goals. In all, he scored three goals and two assists in his 15 appearances for Stirling Albion, including an assist during the Bino’s 4-0 win over Tranent JFC in the third round of the Scottish Cup.

During the 2020–21 season, Scally played for Forfar Athletic in Scottish League One, scoring three goals and adding three assists in 19 appearances. He made 13 league starts, including starting eight of the Loons’ final nine matches of the season. All three of his goals, and one of his assists, came in the final four matches of the campaign. Scally made a further two starts in the Scottish Cup as the side progressed to the Round of 16, and played all 120 minutes during a third-round win over Edinburgh City.

The Glasgow native made his senior debut with Albion Rovers in 2019, and scored five goals with a further four assists in 28 matches. He came off the bench in the second match of the Scottish League Two season and had his first assist minutes later. He went on to make a further 22 league appearances, while also playing in three Scottish Cup matches, starting Albion Rovers’ Tunnock’s Caramel Wafer Challenge Cup match against Hearts FC II, and coming off the bench in the Rovers’ Scottish League Cup win over Edinburgh City.

During the 2017–18 season, while a member of the Kilmarnock FC U-20 side, Scally made his lone appearance in the Irn-Bru Cup.