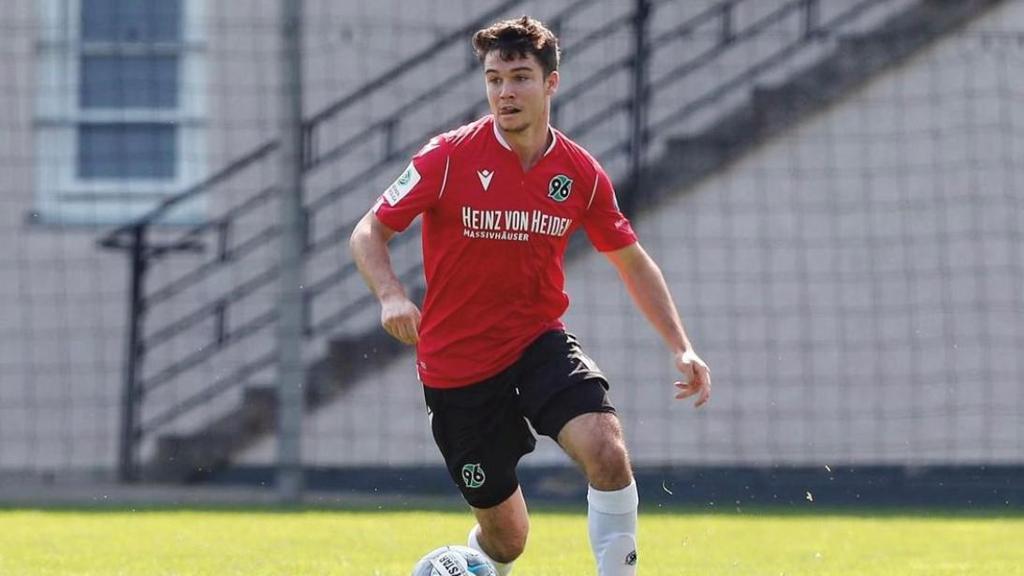 "Stuart is a young but experienced, attacking outside back,” Chief Sporting Officer and Head Coach Darren Sawatzky said. “We were looking for a different type of player to complement our backline and Stuart gives us a stubborn one-on-one defender that bombs into the attack when the game needs it. He has a quality left foot and his bite on the competition side will fit in nicely with our culture here."

The Pleasanton, Calif. native comes to Richmond by way of Germany after the 20-year-old spent three seasons in the Hannover 96 system. Prior to joining Die Roten, Ritchie spent two seasons developing in the Netherlands with FC Groningen.

"When I met with Darren, we talked for a long time and he expressed his interest in me and that he was excited to see what I can do on the field. He made me feel wanted and that was exactly what I was looking for."

After growing up playing youth soccer in Northern California and spending one season in the San Jose Earthquakes’ academy, Ritchie made the move to Groningen at age 16. Ritchie played one season with the U-17's before moving up to the U-19 team at the beginning of the 2018-19 season. He would transition into the U-23 team shortly after and would close out the season training with Gronigen’s first team and playing in friendly matches.

Ritchie’s development in Holland sharpened his ability to distribute and circulate play in compact spaces which caught the eyes of U.S. Soccer. He was called up to the U-18 MNT for the U-18 Summit Camp in the summer of 2018 where he played as the starting left back in camp and faced off against Concacaf rivals Costa Rica.

He would be called up again for the U-20 MNT in late 2019. While in camp, the team played multiple friendlies in the Czech Republic where the team faced off against the hosts as well as Slovakia, Croatia, and Hungary.

During the summer of 2019, Ritchie made the move to Hannover 96 in central Germany after the club expressed interest in the left back. He played the most minutes of any U-19 player that season while also being called up for the U-23 matchday squad, however, the outbreak of the COVID-19 pandemic ended the season early. An injury sidelined most of Ritchie’s 2020-2021 season, but he stayed in Germany to rehab and continue developing the mental side of his game.

With his experiences in Holland and Germany under his belt, Ritchie is focused on keeping the controllables in perspective as he prepares to make his full professional debut with the Reds.

"I take every day as it comes, I'm only thinking of the present,” Ritchie said. “I just want to get back to playing and showing what I can do as a player in Richmond. For me personally, I want to play as much as possible and get as many assists as possible coming from the left back position.

“I saw that the Kickers did well last year, and I want to help push for a title and win the league."