The $38.6 million project would be the future home of Triumph SC’s USL League One and W League teams 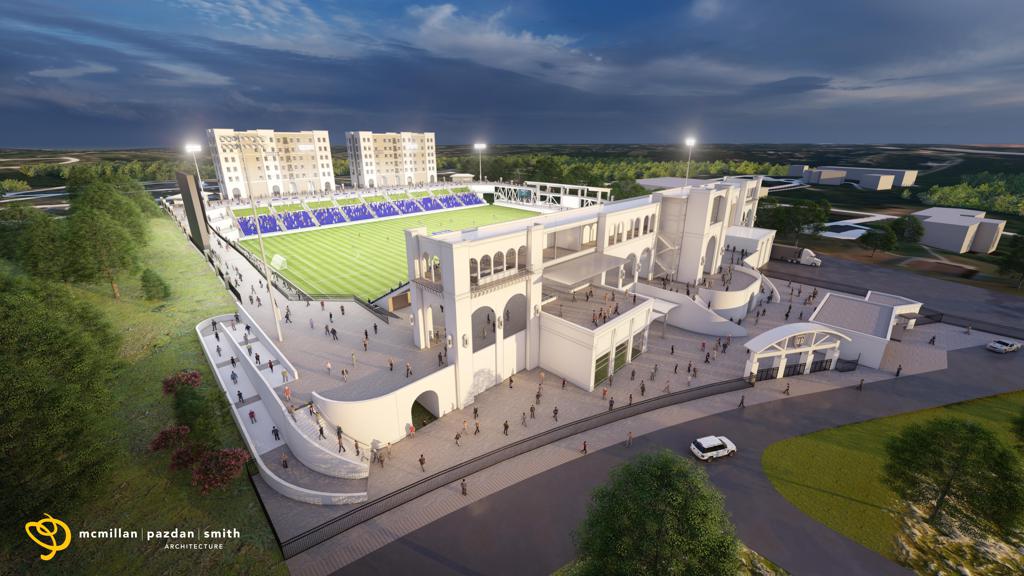 The $38.6 million project would be the future home of Triumph SC’s USL League One and W League teams | Photo courtesy of McMillan Pazdan Smith Architecture

GREENVILLE, S.C. – In conjunction with the City of Mauldin and Greenville County, Greenville Triumph SC today presented its case to local leaders for a new multi-purpose stadium to be constructed for the community.

The proposed 8,100-seat venue would be the home Greenville Triumph SC’s League One and W League sides and could host up to 150 soccer matches, athletic events, concerts, festivals and community events per year. As a hub for soccer in the Upstate region of South Carolina, the proposed stadium would have the ability to host youth, high school, NCAA, professional and international soccer matches.

“We have been in ongoing discussions with Mauldin City Council and Greenville County Council members regarding a site for a proposed multi-use stadium,” said Greenville Triumph SC Chairman and Lead Owner Joe Erwin. “We look forward to continuing to provide information, answering their questions and listening to their ideas.”

The $38.6 million stadium project would anchor the upcoming Bridgeway Station, a $150 million, 38-acre mixed-use retail, office, residential and entertainment complex. Owned by Greenville County, the proposed stadium would be constructed on a 6-acre site adjacent to Interstate 385 in the heart of Triumph SC-supporter territory. The stadium would be operated by Greenville Triumph SC and serve as the club’s new headquarters.

According to the Clemson University Regional Economic Analysis Laboratory, the estimated economic impact of the stadium project would exceed $270.4 million and create 350 to 400 jobs during its initial decade of operation. Additionally, the proposed stadium would not require new taxes, but instead rely on existing hospitality tax revenue. Triumph SC would provide the 6-acre site valued at $6 million, an additional $1.75 million in stadium seating and pay an annual lease.

As a growing sports market, the Greenville area is saturated with soccer interest as the region boasts over 9,000 registered youth soccer players with one in three children on a team. In the professional ranks, Triumph SC have advanced to the League One Final in all three years of the league’s existence and will field a women’s side in the USL W League later this year.

If approved by local leadership, the proposed stadium could open ahead of the 2023 League One season. The estimated 12-month construction schedule is proposed to begin in Spring 2022.