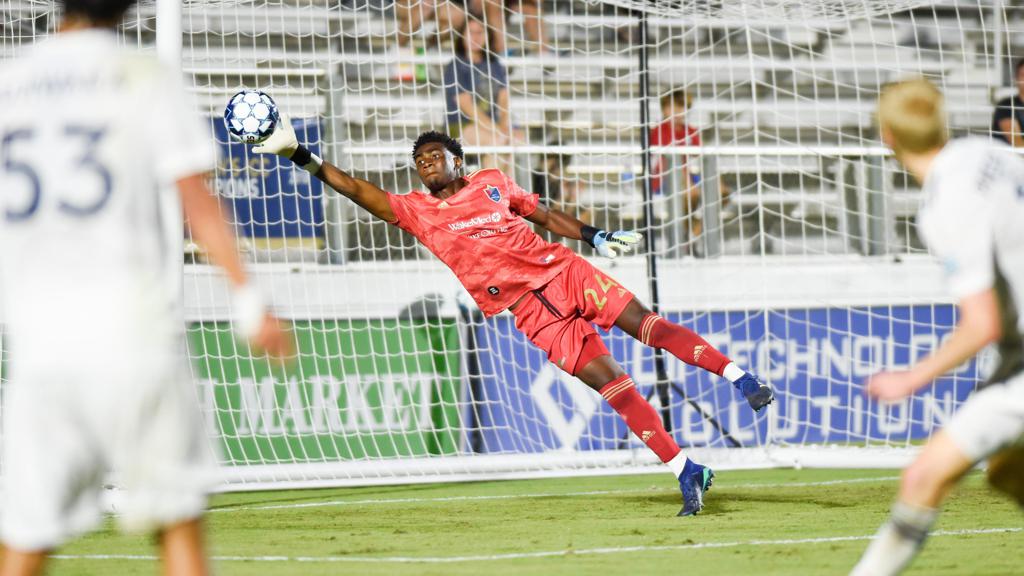 CHICAGO – U.S. Soccer on Friday announced the U.S. Under-17 Men’s Youth National Team training camp roster for January, including North Carolina FC goalkeeper Nick Holliday among the group selected by Head Coach Gonzalo Segares. The week-long camp at IMG Academy will serve as the second U-17 MYNT training camp invitation for the 16-year-old.

“It feels great to be called into the U-17 National Team camp,” Holliday said of his initial invitation to training camp in November. “It’s always been a dream of mine to represent my country and now I’m one step closer. My family, of course, has been a big help, and NCFC has given me a chance to be a professional, which has helped me a lot with my development. I’m really grateful for this opportunity, and I’m excited to get started.”

The NCFC Academy product recorded five appearances for North Carolina FC a season ago and signed his first professional contract with the club in September. He had previously made his professional debut as a USL Academy signing against Chattanooga Red Wolves SC on June 20, which earned the then 15-year-old the distinction of becoming the youngest goalkeeper to appear in League One history.

In addition to his participation in last November’s U-17 MYNT training camp, Holliday was selected for the U.S. Soccer’s U-14 Boys National Team East Regional Camp in 2019 and 2020 and participated in U.S. Youth National Team ID Centers in 2019, 2020 and 2021.