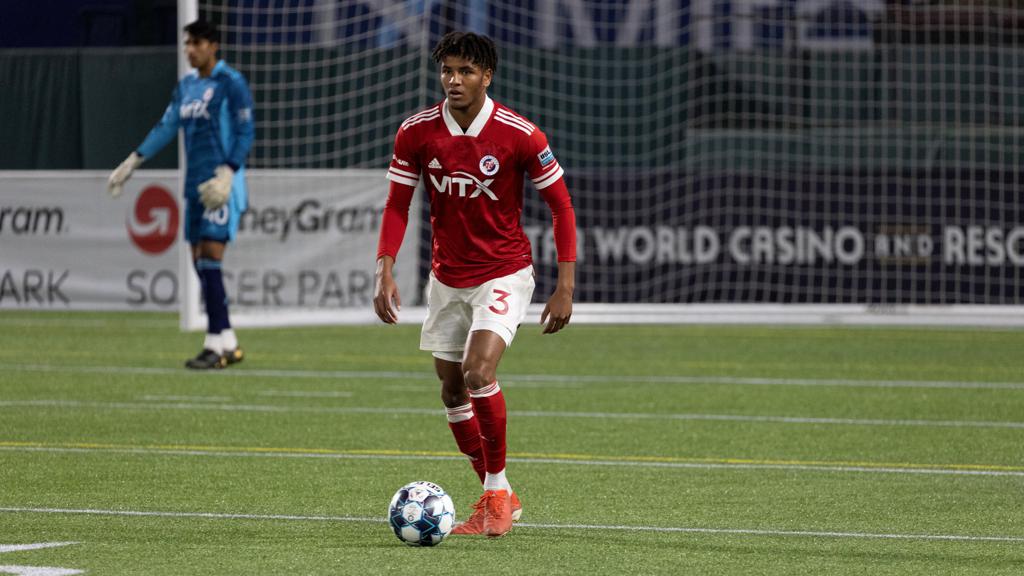 The 22-year-old defender was born in Birmingham, Ala. where he played collegiately for the University of Alabama at Birmingham for two and a half years. Before his time with the Blazers, Benton was a member of the Atlanta United Academy in 2017, and later captained his team for the Houston Dynamo Academy in 2018. Benton signed his first professional contract with North Texas SC in August of 2021.

“It means everything to me to wear the Red Wolves crest and be able to represent a city full of culture and passion for this club and the game of football too,” said newly signed defender, DJ Benton. “My goal for this season is to help the team get even further than they did last season and bring a championship trophy to the city. I am super grateful for the opportunity given to me by the club and I look forward to working hard for the loyal fans that help make this organization possible.”

Red Wolves Head Coach, Jimmy Obleda, witnessed Benton’s performance first-hand last season. “DJ Benton is a young man that we saw quite frequently last year when we played against North Texas SC. He’s a young man that I regarded highly all last season,” said Obleda. “He’s a versatile player that can play defensively out on the right and play centrally, it’s what we’re looking for in a defender. He comes from a pedigree soccer family and we are looking forward to having with us this season.”

Red Wolves GM & President, Sean McDaniel, is confident Benton will be a great addition to the defense.

“We’ve watched DJ’s young career for a while now and feel very good about the trajectory he’s on,” said McDaniel. “He gives us versatility in the back which should give us the depth we need to succeed for such a long season.”