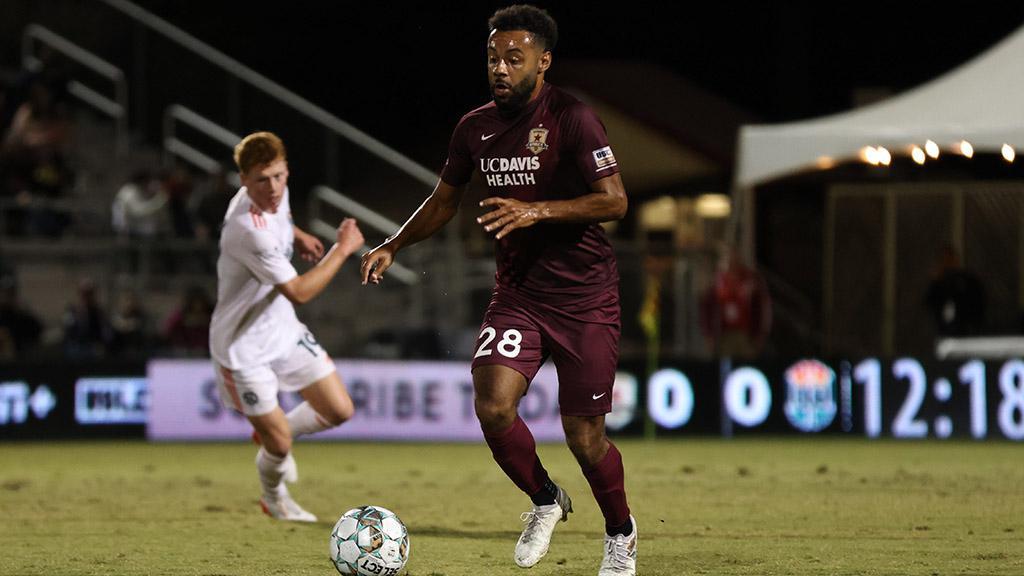 “I want to come in and make as much of a positive impact as I can for the club on and off the field,” said Wheeler-Omiunu. “The collaborative nature of our sport is something that is very special, and for me, if one of us struggles, we all struggle. Conversely, if one of us eats, we all eat. So, my goal is to try and be a person in the team that helps bring us together and drive us all forward as a group. Hopefully we will all be well fed come the end of the year.”

Wheeler-Omiunu has made 44 regular-season appearances in the Championship in his career, and this past season made 19 appearances for Republic FC, his second campaign with the club. The 27-year-old’s professional career began in 2017 after he was selected with was selected in the Third Round of the Major League Soccer SuperDraft by Atlanta United FC, where he made one appearance over two seasons while also making 10 appearances on loan in the Championship for Atlanta United 2.

A former standout at Harvard University, where he captained the Crimson during his junior year and was twice selected to the All-Ivy League First Team honoree, Wheeler-Omiunu has also competed in USL League One for FC Tucson and in the Championship for Phoenix Rising FC, joining Phoenix on loan in the 2019 season from its fellow Arizona-based club.

Having previously played under newly appointed FMFC Head Coach Matt Glaeser, Wheeler-Omiunu is eager to join him at Forward Madison.

“I have a great deal of respect for Coach Glaeser,” said Wheeler-Omiunu. “I think he has a high soccer intelligence, a really strong work ethic, and an excellent demeanor and approach to how he prepares and expresses his ideas. I imagine those qualities will continue to lead to a lot of individual success for us this year. And ultimately, working with people with exceptional character is one of the things I cherish most about my time in football. So anytime I get the opportunity to work with someone like Coach Glaeser in that regard, I am grateful.”