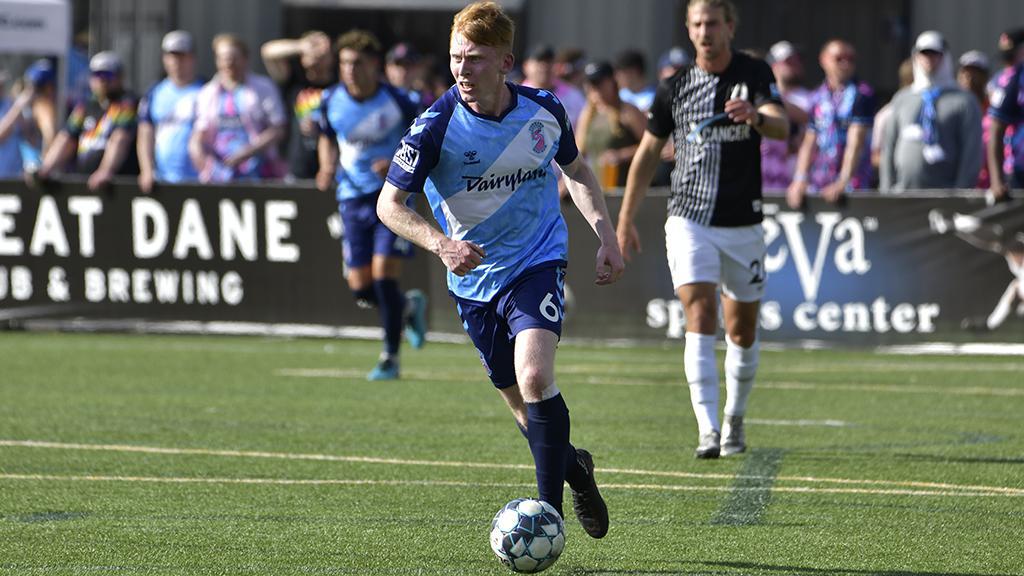 “I’m super excited to be part of the Memphis 901 family! I’m grateful for the opportunity to Defend Memphis and give everything I got for the city and organization,” said Molloy. “I can’t wait to get there to meet the fans, staff and players as well as experience the city.”

Molloy spent the 2021 campaign with Madison, where he earned All-League First Team honors after completing a league-high 1,615 of 1,874 passes in the regular season for an 86.2 passing accuracy rate and led outfield players with 237 recoveries. Molloy also recorded four goals and three assists in 27 appearances, was named League One Player of the Month in August, and was a finalist for the league’s Most Valuable Player award.

“Aaron was one of the top players in all of League One last season and we are so thrilled for him to join our club for years to come,” said 901 FC Head Coach Ben Pirmann. “He has the ability to be a rugged midfielder but clearly has the class to score great goals while setting up plays for his teammates.

“Aaron has incredible determination, and his selfless work ethic will fit in perfectly within our system. We hope that he can progress to be one of the best midfielders in this league throughout his years in Memphis.”

A native of Dublin, Ireland, Molloy got an early start to his professional career, suiting up for League of Ireland First Division side Drogheda United FC in 2016 where the midfielder made 13 appearances and scored a pair of goals for the Drogs.

Opting to move overseas, Molloy played collegiate soccer at Keiser University where he earned Sun Conference Freshman of the Year honors in 2016 before transferring to Penn State in 2017. With the Nittany Lions, Molloy recorded 14 goals and eight assists and garnered several honors his senior year including MAC Hermann Trophy Semifinalist, United Soccer Coaches All-America Second Team, Big Ten Midfielder of the Year and All-Big Ten First Team. Molloy also competed during this time for Reading United AC in USL League Two, and in 2018 was voted to the League Two All-League Team as the side advanced to the League Two Final that season.

Following his collegiate career, Molloy was drafted with the 16th overall selection of the 2020 MLS SuperDraft by the Portland Timbers. Molloy would go on to make 15 appearances for Portland Timbers 2 during the 2020 USL Championship season.