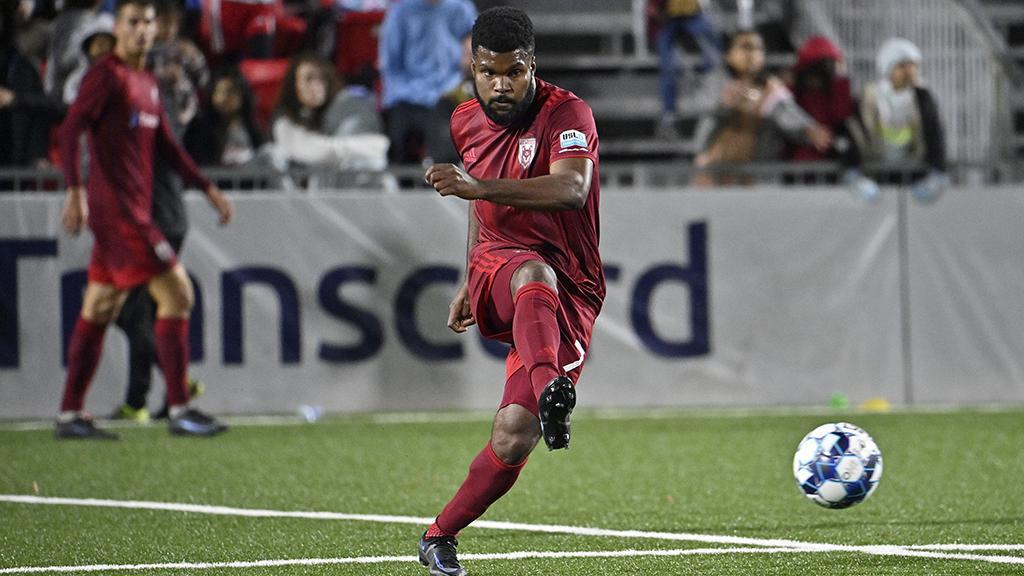 CHATTANOOGA, Tenn. – Chattanooga Red Wolves SC announced on Friday the club had re-signed midfielder Ualefi Dos Reis for his fourth season at the team. The transaction is pending league and federation approval.

The longest-tenured member of the club, Ualefi has been with the Red Wolves since its inaugural 2019 season. The veteran midfielder has made 55 appearances, the most of any Red Wolves player in club history. In 2021, Ualefi played in 18 matches and posted an 88.4 passing accuracy rate while defensively he recorded 10 interceptions and a 63.6 duel success rate in the center of midfield.

​​“Unlike 2020, I finished the season without injury, and I will start the preseason from the day I arrive in town, it will be a different year,” said Ualefi. “I want to play, if not all, as much of the minutes as possible on the field.  And the collective objective, which I think is bigger than any individual goal, I want to end the season as a champion, and we'll fight for that.  One game at a time, but the vision we already have, during the season we have to deal with the process until we reach the vision that we already have, which is to be champions.”

“Last season as a team we did very well, we really had a group that was united from the first day we met until the last day we were together. For this year I don't expect anything different, that we can raise a family and help each other reach the highest level possible to achieve our goals.”

The Brazilian began his career in his home country before first coming to the United States in 2016 to join Sporting Kansas City II in the USL Championship. That year he made 30 appearances for the side and recorded three assists in 2,507 minutes of action as SKC II advanced to the USL Championship Final in its inaugural season. After returning to Brazil, he joined the Red Wolves for their inaugural season in USL League One in 2019 and has recorded 58 interceptions, a 52.5 duel success rate and a 62 percent tackles success rate over his 55 appearances.

“Ualefi is a staple of the club. A young man that has been with the Red Wolves since day one. We’re happy to have him continue his career,” said Red Wolves Head Coach Jimmy Obleda. “We’re hoping this year he continues to give us the presence and the soccer IQ that we ask from our number six and also the leadership on the field and off the field. In the locker room he is an elder statesman, someone who the younger guys look up to, someone who understands what our culture is about and what we’re trying to do. I couldn’t be happier with him and happy that he is continuing his career with us.”

“It really is an honor to welcome back a player that has meant so much to the Club,” added Red Wolves President & General Manager Sean McDaniel. “Ualefi has literally been here since day one and I can’t think of any player that represents our team and our city better than Wally. We can’t wait to see what 2022 holds for him.”