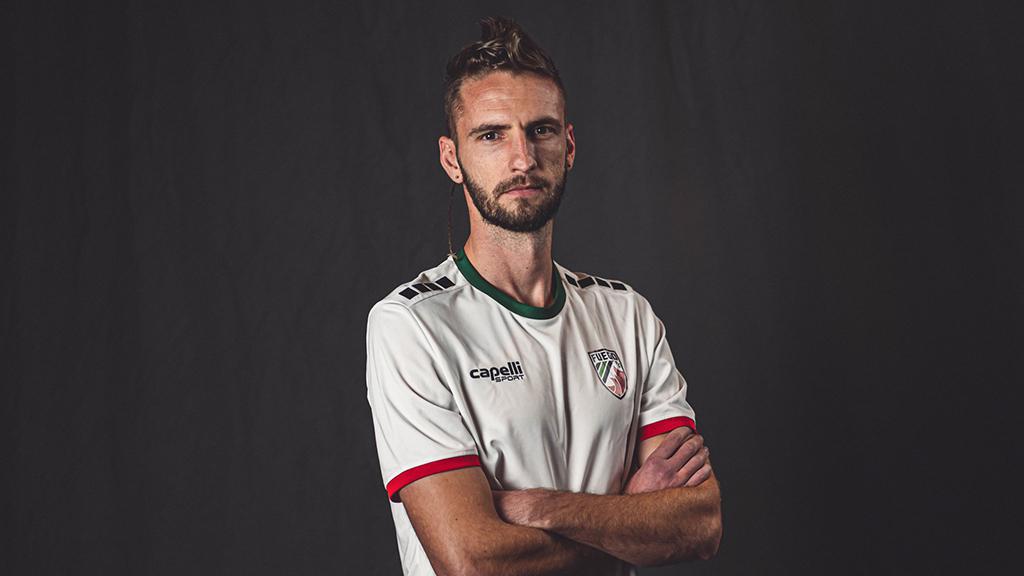 FRESNO, Calif. – Central Valley Fuego Fútbol Club announced on Thursday it had signed forward Villyan Bijev ahead of its inaugural 2022 USL League One season. The signing is pending league and federation approval.

Bijev is the third local standout to have joined the club, joining midfielder Anthony Velarde and defender Nathan Smith as Fuego FC builds its first roster, and arrives with an impressive national and international professional soccer career.

“Villyan is a special talent that has played overseas with Liverpool and transferred back to the United States as part of the Portland Timbers organization,” said Head Coach and Director Deportivo Jaime Ramirez. “This past season he led OKC Energy FC in scoring in the USL Championship. We are privileged to have him return to CV Fuego FC, in his prime. He will be a leader in the attacking third of the field.”

Bijev has been a consistent performer in the USL Championship since first arriving in the league before the 2016 season with the Portland Timbers 2. That year, he was voted to the USL Championship All-League First Team after leading the league with 10 assists, while also recording eight goals as T2 contended for a playoff berth. After two seasons in Portland, the 28-year-old has since competed for four seasons at Sacramento Republic FC before last year recording a career-high 12 goals for OKC Energy FC.

Over his career, Bijev has made 172 regular-season appearances in the Championship, recording 40 goals and 28 assists in that span.

“It is any professional's dream to play for their home team in front of their family, friends, and community,” said Villyan Bijev. “My relationship with the Fuego has come full circle from watching Fuego games 16 years ago to training with Fuego 12 years ago to getting to play professionally for them now. I cannot wait to build something special with the help of the Central Valley!”

A native of Sofia, Bulgaria, Bijav and his family migrated to Fresno, California at the age of 5. He then played with California Odyssey and at both Edison High School and Clovis North High School in his youth career, and trained with USL League Two side Fresno Fuego. His performances saw him be selected to represent the United States at both the U-18 and U-20 youth international levels. A standout in the USSF Development Academy, he began his professional career when he signed with the Premier League’s Liverpool FC after turning 18 years old, and competed for Liverpool U-23s in the Premier League 2.

During his time at Liverpool, Bijev also spent time on loan in Germany at Fortuna Dusseldorf and before competing in Bulgaria for both Slavia Sofia and Cherno More before signing with Portland prior to the 2016 USL Championship season.