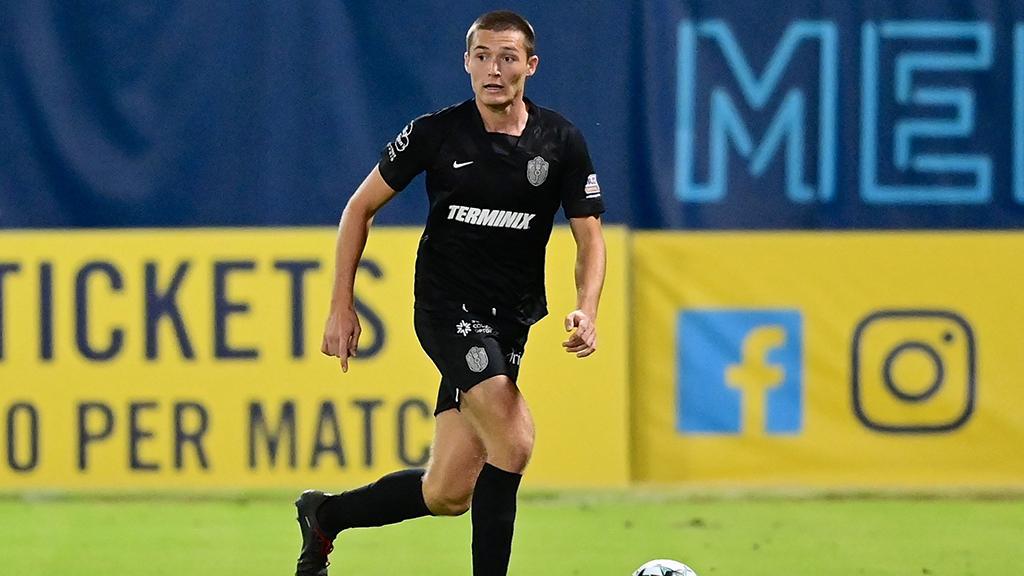 WINDSOR, Colo. – Northern Colorado Hailstorm FC announced on Thursday the club had signed center back Brecc Evans for its inaugural 2022 season in USL League One. The signing is pending league and federation approval.

A native of Culver City, California, Evans captained North Texas SC during its 2019 USL League One title-winning campaign and spent the 2021 season in the USL Championship with Memphis 901 FC. Memphis went 14-10-8 in 2021, reaching the postseason for the first time in its history.

“I’m thrilled to join the club in its inaugural season and bring professional soccer to the Northern Colorado community,” said Evans. “I want this club to have the best backline in the league and consistently add points each to the table to ensure we are fighting for a championship at the end of the year.”

Evans enrolled at California Polytechnic State University in 2018, but left after his freshman campaign to turn professional, signing with North Texas SC in February 2019. He was named team captain prior to the preseason at just 18 years of age. The side, which included current U.S. Men’s National Team star Ricardo Pepi, went on to finish first in the regular season standings with a stellar +22 goal differential, and defeated Forward Madison FC in the semifinals and Greenville Triumph SC in the final to claim USL League One’s inaugural title. Evans finished as the league’s third-most accurate passer in 2019, completing more than 87 percent of his passes out of the back.

“We are delighted to bring Brecc to Colorado,” said Hailstorm FC Head Coach Éamon Zayed. “Along with Lachlan [McLean], that gives us two players who have already won a USL League One championship before.

“It’s crazy to think that despite being only 22 years of age, he has already captained that fantastic 2019 North Texas FC team to a USL League One title and was also a part of an impressive Memphis team who reached the USL Championship Playoffs last season.”

Evans had previously been a member of the FC Dallas Academy from 2014–18, winning the U-16 National Championship in 2016 and the Dallas Cup Super Group title in 2017. At Northern Colorado, Evans will join a backline that includes former Bohemian FC defender Rob Cornwall, the club’s first announced signing who will be heading stateside after spending his entire career to this point playing professionally in Ireland.