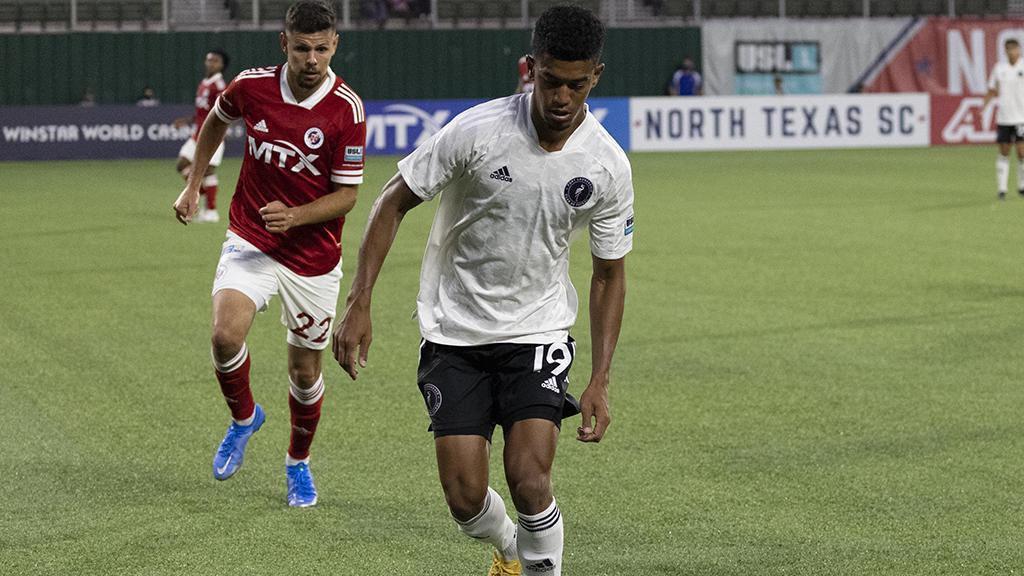 CARY, N.C. – North Carolina FC announced on Thursday it had signed defender Christian Lue Young for the 2022 USL League One season with an option for 2023. The signing is pending league and federation approval.

“I’m very happy to be joining NCFC and grateful to the staff for giving me an opportunity to keep developing here,” Lue Young said. “Looking forward to moving to a great city and getting started.”

The Plantation, Florida native spent the 2021 season with Fort Lauderdale CF in USL League One and recorded one goal and two assists in 16 appearances for the club, logging a total of 1,198 minutes in his second season in the professional ranks.

A product of the Weston FC Academy, Lue Young previously spent time in USL League Two with South Georgia Tormenta FC 2, where he played with NCFC teammate Jordan Skelton, and went on trial with Liverpool and West Ham United in 2014.

The 25-year-old played collegiately at the United States Military Academy in 2015 before transferring to Broward College for the 2016 season. In 2017, Lue Young transferred a third time to the University of Akron where he spent two seasons. In his senior year with the Zips, he recorded a goal and assist while leading Akron to four shutouts on the season. That same year, Lue Young earned All-Mid-American Conference Second-Team honors, Academic All-Mid-American Conference honors, and was nominated as a CoSIDA Academic All-America District nominee.

“We are excited to bring Christian into our group at North Carolina FC for the upcoming season,” said NCFC Head Coach John Bradford. “He's a talented defender with qualities on both sides of the ball and will be an excellent addition to our backline. Very much looking forward to getting to work with him in the coming month.”