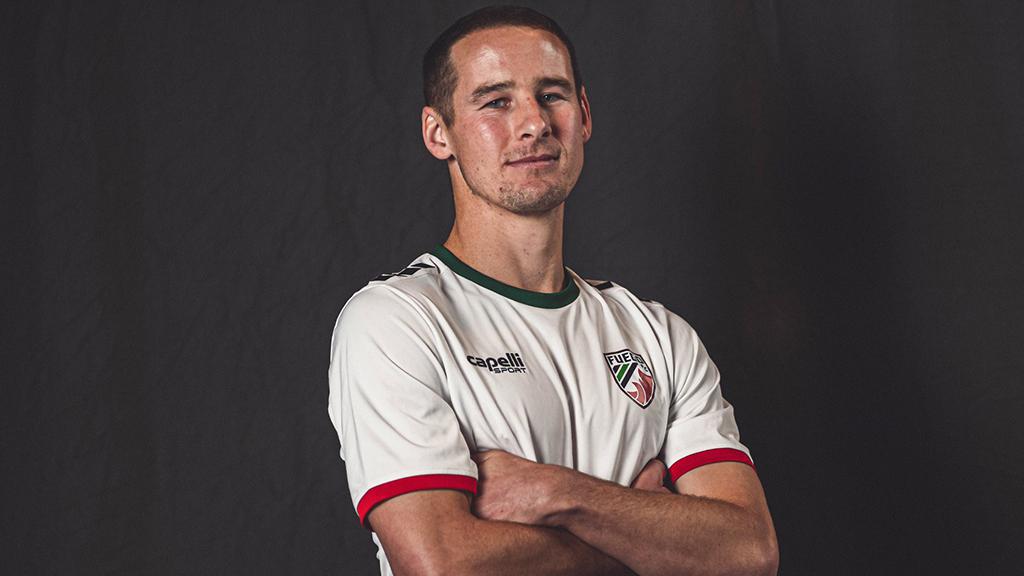 New Central Valley Fuego FC signing Nathan Smith has made more than 100 appearances in the USL Championship in his career as he joins the club for its inaugural season in USL League One.

FRESNO, Calif. – Central Valley Fuego Fútbol Club announced on Wednesday it had signed defender Nathan Smith ahead of the club’s inaugural 2022 season in USL League One. Smith joins midfielder Anthony Velarde in the club’s squad and arrives as a Central Valley native that has built an impressive professional career since over the past six seasons.

“I'm grateful to have the opportunity to work with Nathan Smith. He's a local product that developed his talents with Odyssey Academy that took him to the US U-17 National program,” said Fuego FC Head Coach and Sporting Director Jaime Ramirez. “After that, he was chosen to play for the LA Galaxy, where he gained valuable experience in MLS matches. Recently he has finished playing for Orange County SC of the USL Championship, where he was an integral member of their championship run in 2021. Excited to have Nathan back with Fuego.”

A native of Clovis, California, Smith joined the professional ranks in 2016 when he signed with the USL Championship’s LA Galaxy II after playing three collegiately seasons at UCLA. The following year he was signed by the Galaxy to a Major League Soccer contract and made 12 appearances in the top flight while also competing on loan with the Galaxy II in the Championship.

Smith is now set to join Fuego FC and return to his soccer roots, having previously played for Cal Odyssey in the club ranks.

“I think this move is important to me because I was born and raised here,” said Smith. “I got family rooted here so just to be able to play in front of them, I think it was a unique opportunity to come back to the Valley.”