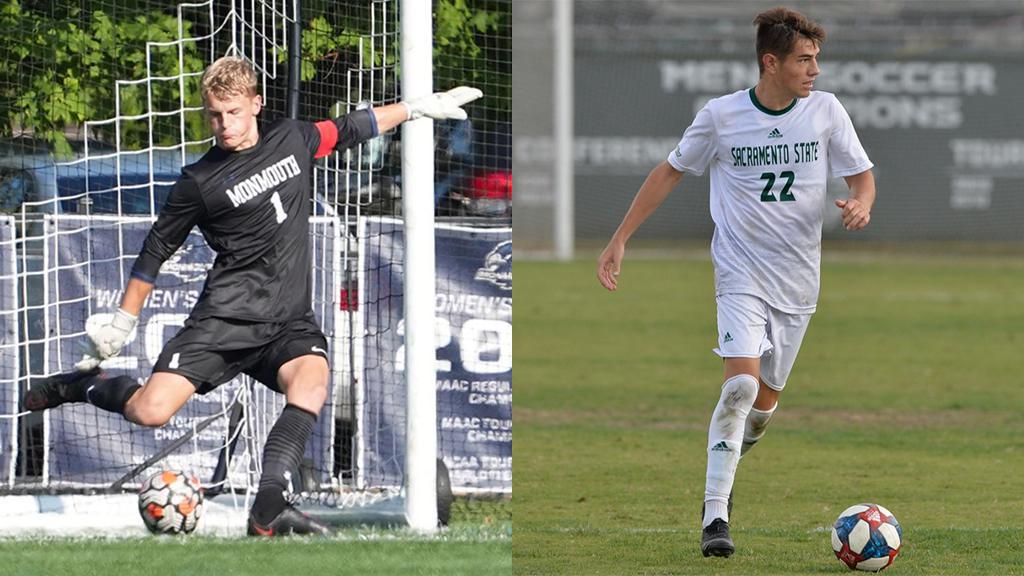 FC Tucson has signed goalkeeper Sean Murray and defender Tyler Moss ahead of the 2022 USL League One season.

TUCSON, Ariz. – FC Tucson announced on Tuesday it had signed goalkeeper Sean Murray and defender Tyler Moss for the 2022 USL League One season. The signings are pending league and federation approval.

Murray joins Tucson having been a four-year starter for Monmouth University. He played all 19 games as a senior this past fall, collecting 64 saves and posting a 1.06 goals-against average for the Hawks while earning All-MAAC Second Team honors. The previous season, he was voted as one of three All-MAAC Co-Goalkeeper of the Year selections, and to the All-MAAC First Team.

“Sean was an All-Conference player at Monmouth that was recommended by a number of coaches that we respect," said FC Tucson Head Coach Jon Pearlman. "We love his physical profile, his attitude towards the game and we think he's somebody we think can help our team this year and down the road.”

A native of Fanwood, New Jersey, Murray also played last summer for USL League Two club SC United Bantams. He made five appearances and recorded 14 saves across 396 minutes of action for the Bantams, who finished second in the Deep South Division.

Moss joins the club having previously competed collegiately at Sacramento State University, and in USL League Two for both OKC Energy FC U-23s and San Francisco Glens SC. The 23-year-old made 17 appearances for Sacramento State last fall in his senior season and recorded six of his eight career assists in the campaign. Moss made 68 appearances overall for the Hornets during his college career.

“This is my first professional contract and I'm excited to come to such a great club,” said Moss. “My only plans during the offseason have been to train and get ready for the season.”

Moss competed for Energy FC U-23s in the 2018 League Two season, where he made 14 appearances and was briefly the teammate of current United States Men’s National Team player Daryl Dike. The following year he played for the Glens, making four appearances for the side.

“Tyler is a top athlete, an incredible competitor, and I think he can be a top right back in this league,” said Pearlman. “He comes from a good staff at Sacramento State, and I think he's going to be a real asset to our team.”