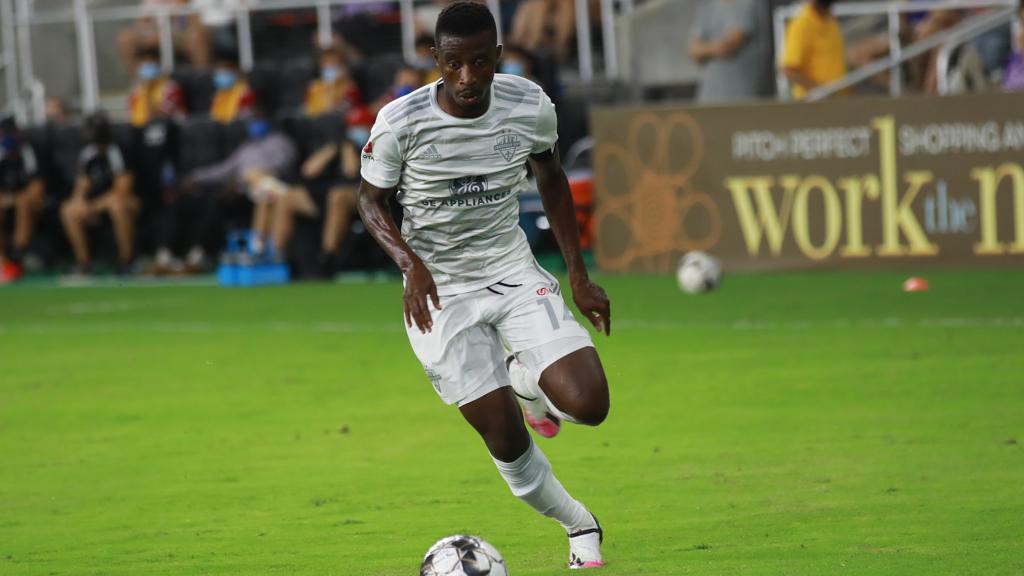 MADISON, Wisc. – Forward Madison FC announced on Tuesday it had signed Senegalese forward Abdou Mbacke Thiam for the 2022 USL League One season. The signing is pending league and federation approval.

Mbacke Thiam joins the Flamingos after most recently competing for USL Championship club Louisville City FC, where he made 33 appearances across three seasons while recording three goals and four assists. He had previously boasted an impressive goal tally in his time with the University of Connecticut, earning several honors for his stellar efforts on the field.

Mbacke Thiam has his eyes set on making an immediate, sizable impact for the Flamingos. “I want to have my name written in the history of the club by winning collective and individual titles,” he said. “I want to bring a championship trophy to Madison!”

The 29-year-old joined with professional ranks with Louisville in 2019 after competing collegiately for the Huskies. During his four seasons at UConn, Mbacke Thiam was named to the All-American Athletic Conference First Team on three occasions and tied for fourth all-time in program history with 46 goals while also recording 18 assists in 77 appearances for the program. He was also named to the United Soccer Coaches All-East Region First Team in his senior season in 2018.

“I want the Madison fans to know that I am a proud Senegalese who loves to score goals,” said Mbacke Thiam. “If you see me around, please always feel free to say hi! I can’t wait to get to know this incredible fan base.”