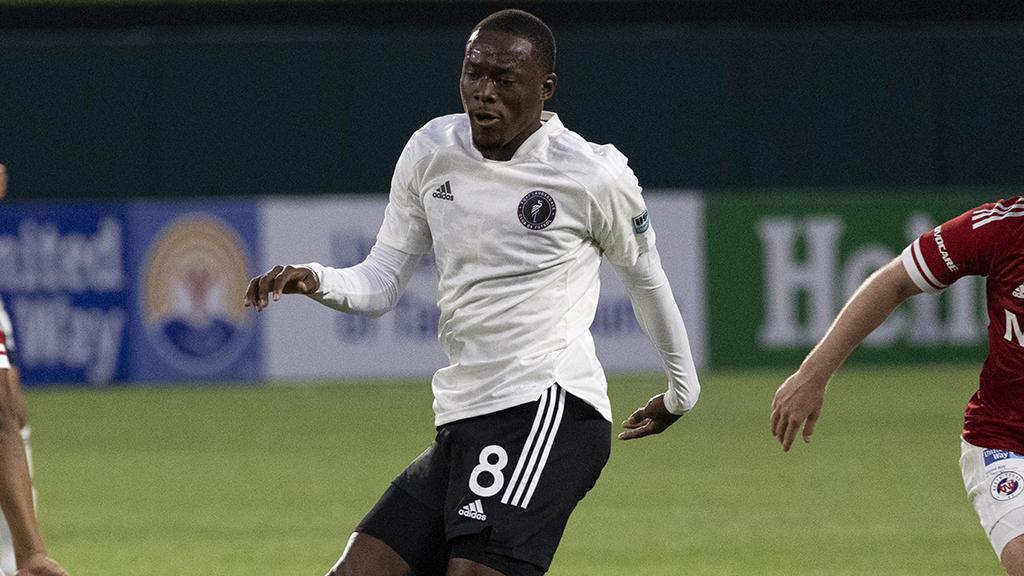 Evans heads to the Upstate after making 21 appearances for Fort Lauderdale in 2021, starting 16 matches and logging 1,453 minutes for the David Beckham-owned club. Evans recorded four goals and two assists during the campaign, including scoring a goal in his debut against North Texas SC.

“We are excited to welcome Venton Evans to our Greenville Triumph roster,” said Triumph SC Head Coach John Harkes. “He possesses a unique balance of power, speed and technical ability, and will be a dynamic force in our team. We look forward to giving Venton a platform to develop in our competitive system and to enjoy the family culture that we have created in Greenville.”

Originally from Kingston, Jamaica, Evans began his career with Portmore United of the Jamaica National Premier League. Evans made 50 appearances over three seasons with Portmore, winning two league titles. He moved to UWI FC in 2020, appearing in eight matches during the shortened season. Evans also made multiple appearances for the U-22 Jamaican National Team in 2019.