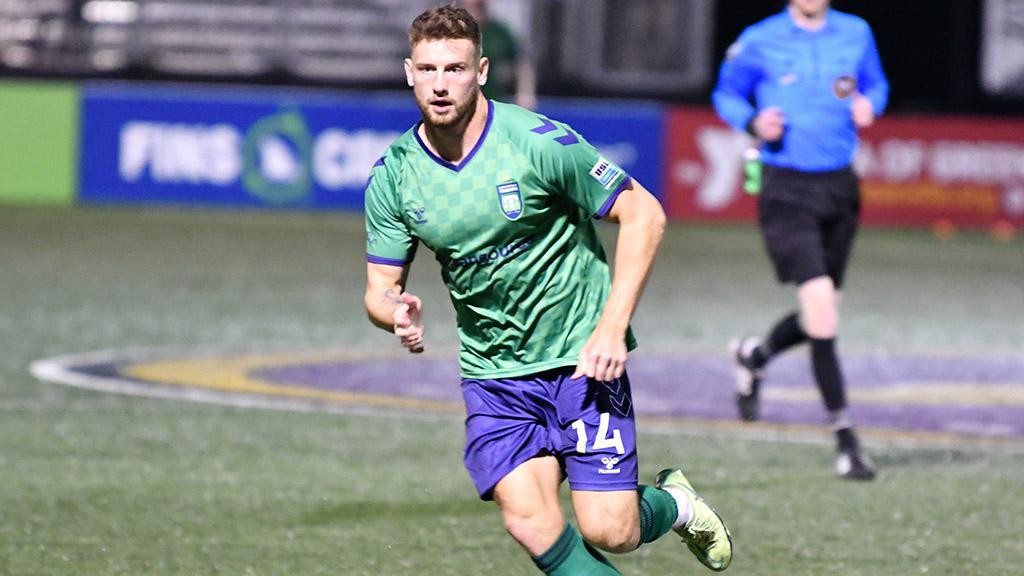 WINDSOR, Colo. – Northern Colorado Hailstorm FC announced today the club had signed forward Lachlan McLean, making the Australian striker the second player to join the club ahead of its inaugural season in USL League One in 2022. The signing is pending league and federation approval.

Formerly of fellow League One club Greenville Triumph SC, McLean joins initial signing Rob Cornwall to give Hailstorm FC and Head Coach Éamon Zayed a dominant presence at both ends of the pitch.

“It’s a privilege to be part of a new team from its inception,” said McLean. “I’m excited to be a part of the history of this club; the aim is to come here and win titles.

“I believe Éamon’s footballing philosophies and experience will create a team and environment that will allow us to compete for the title. As a striker, I can’t wait to work with Éamon and I look forward to getting started.”

While his 2021 campaign with Greenville was limited to just 16 appearances due to a knee injury that sidelined him for several months, McLean still recorded three goals and two assists for the side, including a game-winner against North Carolina FC on May 8 and the equalizer in a 1-1 draw against Forward Madison FC on September 25. Overall, the 25-year-old has recorded 10 goals in 32 appearances in League One in his career, and was named to the 2020 League One All-League Second Team as he helped Triumph SC win the league title.

“Lachlan is someone I’ve admired since the first time I saw him play,” said Zayed. “He’s a prime example of what we’re looking for in a Hailstorm player. He is championship quality, and we will provide him with the support and the platform to develop and showcase that talent. He’s unrelenting on the pitch, and is an absolute winner. We’re delighted to have him on board.”

A native Australian whose trademark goal celebration is a nod to Socceroo legend Tim Cahill’s boxing kangaroo takedown of a corner flag, McLean got his start playing for Sydney club Manly United before moving to the United States to attend Southern Illinois University Edwardsville from 2016–19.

McLean was the Cougars’ third-leading scorer as a freshman and lead the team to the NCAA Tournament, where they beat No. 13 Michigan State, thanks in part to a successful McLean penalty during the shootout, and No. 11 Butler before losing to No. 2 Wake Forest in the Sweet 16. As a junior, he earned All-MAC First Team honors after topping the conference with 23 points, and his 20 career goals place him in the top-25 all-time for the 15-time NCAA tournament participants.