26-year-old led side to first postseason trip in 2021, ranked fifth in League One in passes attempted 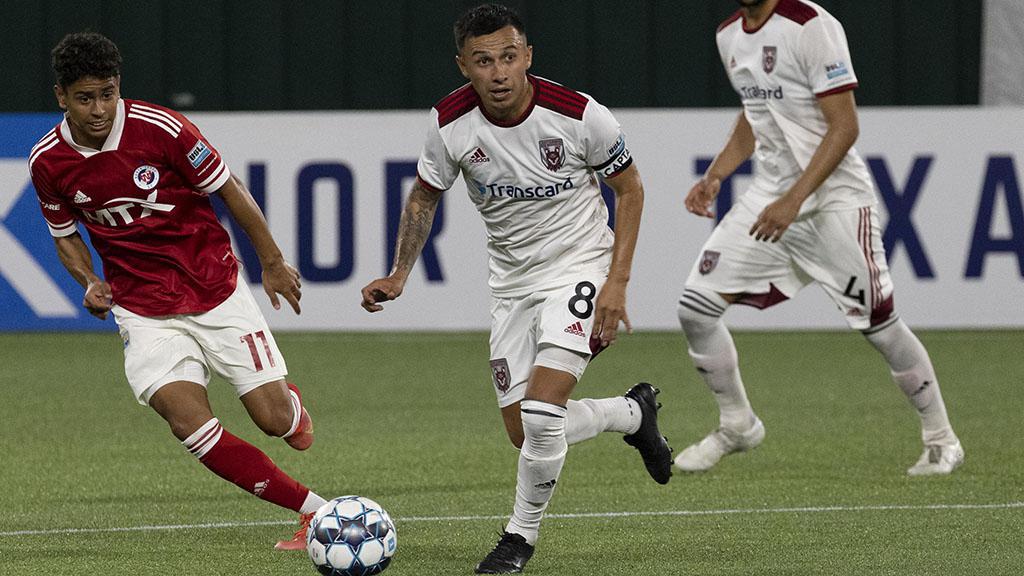 CHATTANOOGA, Tenn. – Chattanooga Red Wolves SC announced on Tuesday the club had exercised its contract option on captain José Carrera-García, bringing the midfielder back for the 2022 USL League One season. The transaction is pending league and federation approval.

“There is only one goal for 2022: To win the championship. Since I arrived at the club, I said that was my No. 1 goal,” said Carrera-García. “My first year at the club was amazing. 15 game unbeaten streak, first year making playoffs, first time ever hosting a playoffs game,” on his first season in Chattanooga. “The fans were amazing. All those things were important, and we know we are so close to our main goal.

“I am happy to be back one more year, thank you for the love and support that always gives us the extra push. This city, this club, and these fans deserve a championship and with all their support we know this year will be the year for us. Thank you and see you guys soon.”

Carrera-García made 27 appearances in the 2021 regular season, ranking 10th in the league with 2,442 minutes of action. The versatile midfielder recorded two goals and two assists in the campaign, while also recording 11 shots on target. Defensively, Carrera-García had 12 clearances, won 22 tackles, and made 37 interceptions, while he ranked fifth in the regular season with 1,406 passes attempted and posted an 87 percent accuracy rate, successfully connecting 1,220 passes.

“When we signed José Carrera-García last season we were bringing him in not just because he is a great soccer player but also because he’s a great leader,” said Red Wolves GM & President Sean McDaniel. “On the field, in the locker room and in the community, José continues to cement his significance in the Scenic City and the Red Wolves.”

The 26-year-old played every minute of the Red Wolves’ two postseason games – each of which went to extra time – as the side reached the Semifinals of the 2021 USL League One Playoffs, presented by TwinSpires.

“Carrera epitomizes everything that we are and want to become as a club. It was a no-brainer to bring him back for a second year,” said Red Wolves Head Coach Jimmy Obleda. “He’s a winner, he’s an amazing person, and has an amazing mentality. He’s an amazing soccer player. We’re super excited to have him back, he’s our man.”

“What we look from him is the continued leadership heading into 2022. Setting the bar high in professionalism and everything we want to accomplish. As far as getting into the playoffs again and hopefully being in the finals and winning a championship, that’s what we aspire to do. That is what we have spoken about since day one and he brings that attitude and mentality to every training and every game.”