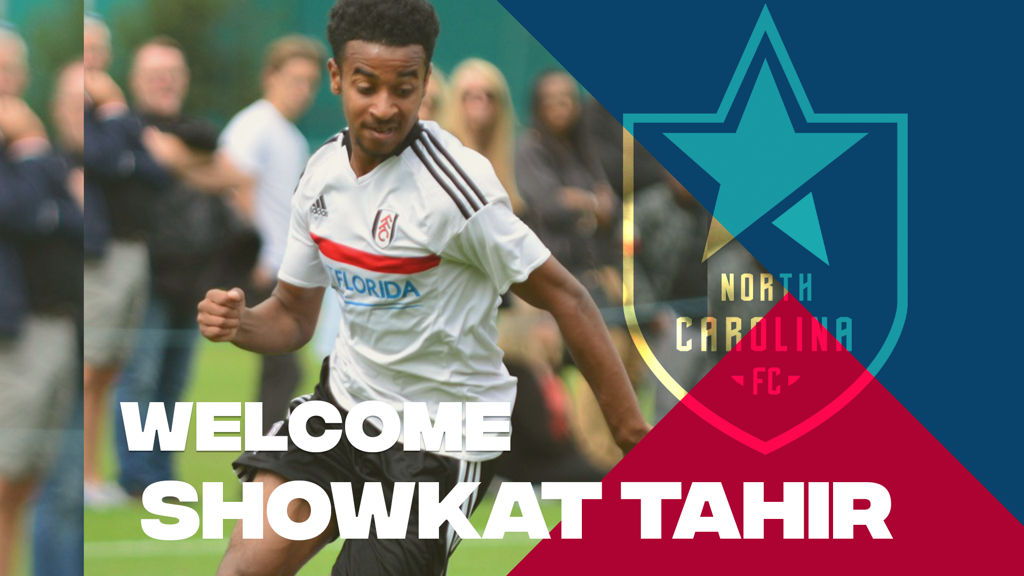 CARY, N.C. – North Carolina FC announced on Tuesday it had signed forward Showkat Tahir ahead of the 2022 USL League One season. The deal is pending league and federation approval, and P1 Visa approval.

“I’m very excited for this new chapter in my career in the U.S.,” said Tahir. “I want to thank everyone at the club for giving me this opportunity and putting their faith in me. I can’t wait to get started and I look forward to playing in front of the fans at WakeMed!”

The London, England native has spent time with Chesham United FC of the Southern League Premier Division South and Cheshunt FC of the Isthmian League Premier Division, as well as with Fulham FC’s U18 squad of the U18 Premier League. While with Fulham, the 20-year-old collected 1,121 minutes of playing time in 22 appearances and made one appearance in the FA Youth Cup over two seasons with the club. Tahir is also a product of the Fulham Youth and Brentford Youth programs.

“Showkat is a talented young player that we are excited to bring into our environment,” said NCFC Head Coach John Bradford. “His creativity, ability to take players on, and impact in the attacking half will help us at North Carolina FC. I think Showkat will quickly become a fan favorite and be a force in our league.”