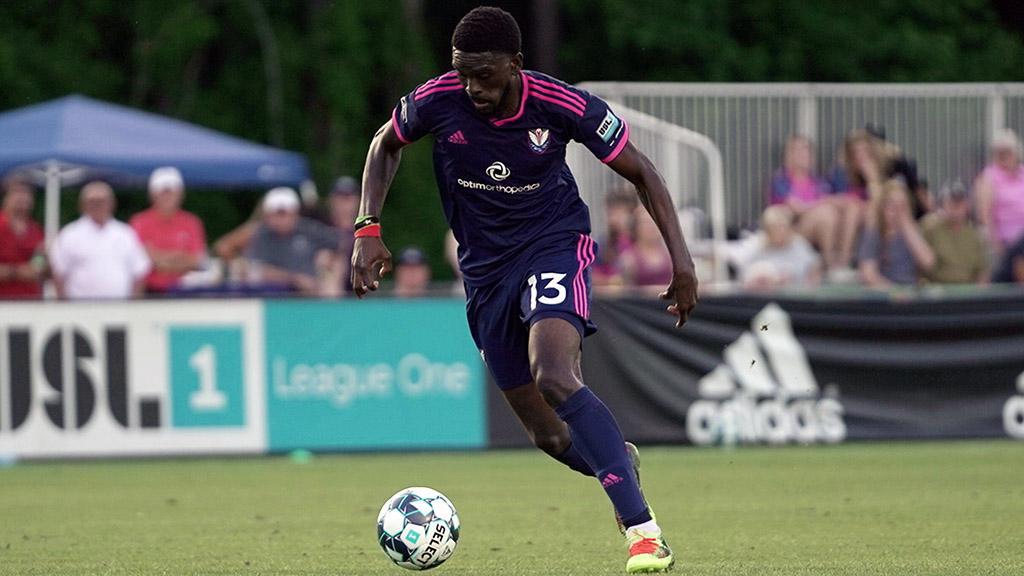 CARY, N.C. – North Carolina FC announced on Thurday it had signed midfielder Raheem Somersall for the 2022 USL League One season. The deal is pending league and federation approval.

A homegrown player, Somersall played for the North Carolina Alliance, a youth program formed between Triangle Football Club and the Fuquay-Varina Athletic Association prior to the formation of North Carolina FC Youth.

The midfielder is also no stranger to USL League One, as he has three seasons of experience between South Georgia Tormenta FC and FC Tucson. While with Tormenta FC, the Basseterre native appeared in a total of 20 matches, clocking 1,174 minutes of playing time and making fourteen starts throughout the 2021 season. In his two-year stint with FC Tucson from 2019-2020, Somersall posted 20 appearances, collecting 1,342 minutes of playing time and adding an assist.

“We are thrilled to add Raheem to our group for the 2022 season,” said NCFC Head Coach John Bradford. “He knows our club and area well and has valuable experience in USL League One and internationally with Saint Kitts and Nevis. I believe that his skillset and athleticism will help us in our midfield on both sides of the ball.

The 24-year-old also boasts international playing experience, debuting for the Saint Kitts and Nevis National Team in 2017 and since logging thirteen appearances for his country. Earlier this year, Somersall competed in a series of six FIFA 2022 World Cup qualifying matches, in two of which he was named team captain. Throughout the qualifiers, Somersall added two assists to lift his squad to three wins against Puerto Rico, the Bahamas, and Guyana.

Somersall played collegiately for Appalachian State University in Boone, North Carolina from 2015-2017, collecting 51 appearances and 2,035 minutes of playing time over three seasons with the Mountaineers while scoring one goal and two assists. Following his junior year, the midfielder transferred to Florida Gulf Coast University for his senior season, where he started in 15 of 16 matches and logged 1,247 minutes of playing time, also earning a nod for ASUN Defensive Player of the Week.