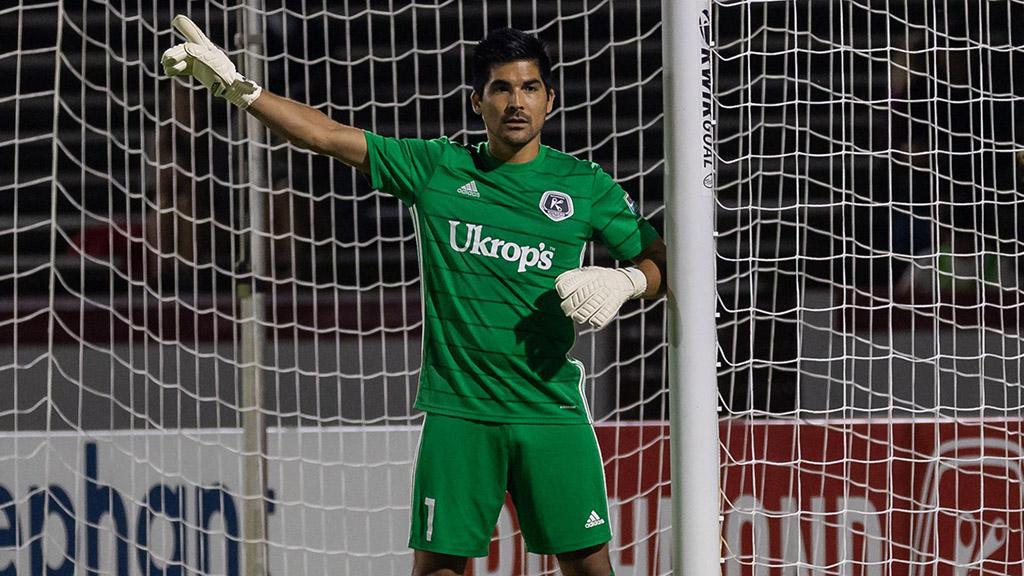 The Richmond Kickers' Akira Fitzgerald has signed a new two-year contract with the club after claiming the 2021 USL League One Goalkeeper of the Year award this past season. | Photo courtesy Jessica Stone Hendricks / Richmond Kickers

RICHMOND, Va. – The Richmond Kickers announced on Thursday the club had re-signed reigning 2021 USL League One Goalkeeper of the Year and goalkeeping coach Akira Fitzgerald to a new two-year contract, pending league and federation approval.

"You need your goalkeeper to keep you in games and Akira has done that consistently over the past two seasons,” Chief Sporting Officer and Head Coach Darren Sawatzky said. “He is in charge of our goalkeeping department here in Richmond and we look forward to him between the pipes and running training in 2022 and beyond.”

Fitzgerald returns to the Reds following a historic 2021 campaign that saw the veteran keeper set a new single season record of 89 saves while also leading all goalkeepers with 10 clean sheets. He is the first player in the USL’s modern era encompassing USL League One and USL Championship to lead the league in both saves and clean sheets in the same season.

Throughout the 2021 season, Fitzgerald was recognized as a member of the league’s team of the week four times as well as earning a nomination for USL League One Player of the Month for his performances during April and May.

“I’m incredibly excited and honored to be signing a multi-year contract with Richmond,” Fitzgerald said. “Some of the best years of my career have been with this club and I look forward to building on them and bringing more success to the organization and community. City Stadium is one of the best venues I have ever played at and that is thanks to our incredible fans, and I look forward to giving them plenty to cheer for in the coming seasons.

“I’m so grateful for Coach Sawatzky to have so much trust in me and he has helped me grow as both a player and coach and I look forward to my continued development under his guidance.”

Fitzgerald has been a stalwart for the Reds since joining the club in 2019 under then Head Coach David Bulow. Since that first season playing for the Kickers and in USL League One, the veteran goalkeeper has amassed 212 saves and 22 clean sheets.

The keeper has started all 70 matches he’s appeared in and was the first Kickers’ player to reach the milestone of 50 appearances in USL League One.

“My wife and I have felt at home ever since joining this club and we are so happy to continue to grow with this city,” said Fitzgerald. “Finally, I want to thank our owner Rob Ukrop who does so much for the players, club and community and without him none of this would be possible. Up the Roos!”