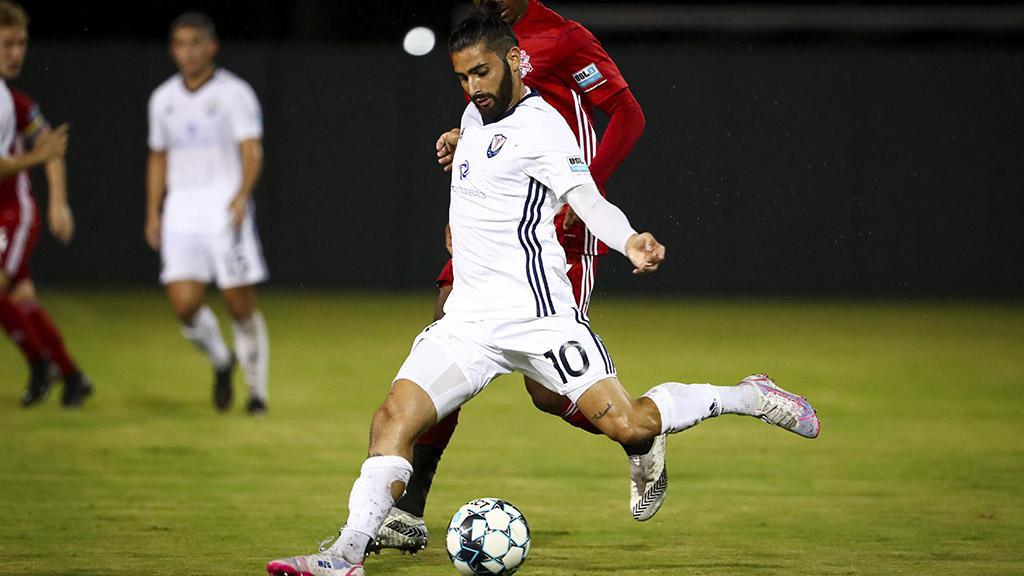 STATESBORO, Ga. - South Georgia Tormenta FC announced on Wednesday its initial roster decisions ahead of the 2022 USL League One season, its fourth in the professional league.

The six returning players were crucial to Tormenta FC’s 2021 season. Micaletto played in 28 games and was the team’s top scorer with 11 goals, which also placed him tied for fifth in the league overall. The 25-year-old also recorded three assists and 40 chances created, which placed tied for ninth in League One overall.

Alongside Micaletto, Thorn appeared twice on the USL League One Team of the Week, and Mueller and Jara made one appearance. The returning core group played the majority of last season’s fixtures with an average of 1,533 minutes played. Jara finished the season with 76 saves, ranking third in League One. Thorn finishes the season with the ninth-highest passing accuracy rate across the league. Billhardt’s rookie season was cut short due to an ACL injury, but the German talent recorded one assist and six shots in four appearances.

“The group of players coming back for the 2022 season know the responsibility of being a winning team,” said Tormenta FC Head Coach Ian Cameron. “All embody what a professional player acts like on and off the field and are an example for our community. We bring back our undisputed club captain Pablo Jara who remains championship quality.

“Micaletto is coming off one of his best seasons in terms of consistency in performance and output. However, we know Marco has so much more to offer, and we're looking forward to getting back to work with him come pre-season. Billhardt continues to overcome obstacles and can play an important role in our team next season; We will be patient with his reintroduction but we expect Adrian to grow as the season develops. He can be a physical beast on the field and we can't wait to unleash him.

“Three of our returning defenders Mueller, Thorn and Phelps all will help us develop our defensive line in 2022 and make a big impact next season. Their athletic qualities enable us to play in the image of our soccer philosophy, and they remain integral to our quest for a Championship being brought to Statesboro.”

Forward Niki Jackson has finished his loan term with Tormenta FC and has returned to the USL Championship’s San Diego Loyal SC.