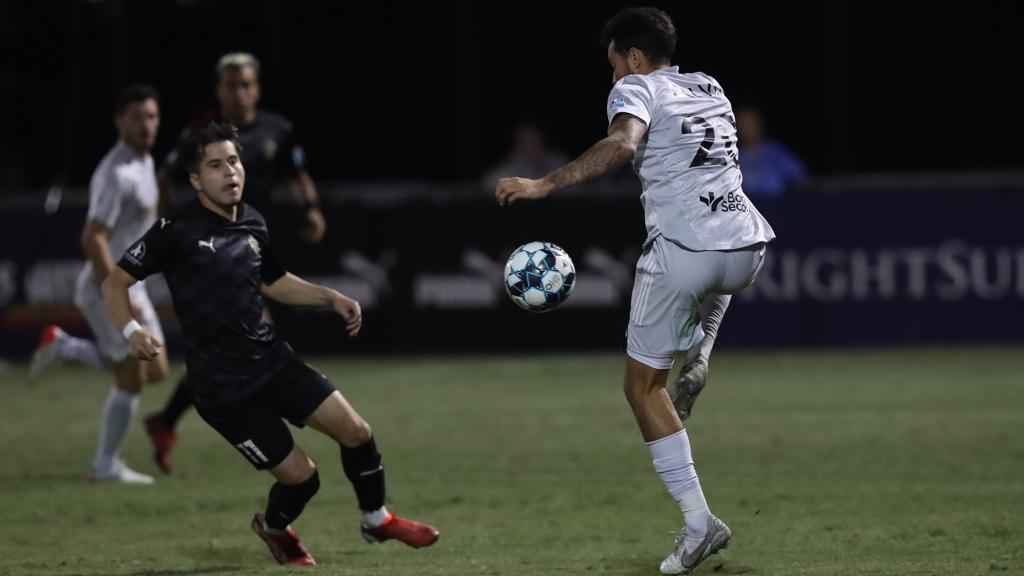 FC Tucson booked its playoff place last Saturday night with victory against the Richmond Kickers, now it's hoping for a repeat performance as the sides meet again in the Quarterfinals of the 2021 League One Playoffs. | Photo courtesy FC Tucson

TUCSON, Ariz. – It’s the question at the front of everyone’s mind this week.

No. 4-seed FC Tucson plays host to the No. 5-seed the Richmond Kickers on Saturday night at Kino North Stadium in the Quarterfinals of the 2021 USL League One Playoffs, presented by TwinSpires, only seven days after the same two teams met at the same venue in the final game of the regular season. Kickoff is scheduled for 10 p.m. ET (ESPN+).

Last week, Tucson needed a victory to move into the playoff positions against a Richmond side that was already certain of its spot thanks to prior results in the weekend. That urgency seemed to show from the hosts, as although they went behind midway through the first half, a quick reply by Maxi Schenfeld and go-ahead goal by Deri Corfe before the halftime break helped pave the way to a 4-2 victory that not only saw Tucson into its first postseason since it joined the professional ranks, but also earned hosting rights ahead of the Kickers, who would have been in line to host if the sides had ended even. That’s now FCT’s privilege as Corfe and others including goals and assists leader Charlie Dennis (9 goals, 8 assists) try to rally around the second-half surge that has put the side in this opportunity. Sitting with less than a 10 percent chance to be part of the playoffs in mid-August, Tucson went on a 5-0-2 run to push back up the standings and into contention. Seven points in the final three games then clinched the club’s spot in the playoffs, a sequence of form the hosts will be looking to continue this weekend.

For the Kickers, there was also a surge in form that led to the club’s first postseason berth since 2016 when it was part of the USL Championship. Led by former FC Tucson Head Coach Darren Sawatzky, Richmond went on a five-game winning streak between late September and mid-October that saw forward Emilio Terzaghi drive the team to success in attack while the side conceded only three times. Now with two League One Golden Boots to his name, Terzaghi has once again been the star of the shot for Richmond this season after setting a League One single-season record with 18 goals this campaign, while players like Jonathan Bolanos and goalkeeper Akira Fitzgerald have offered ample support. After losing both their final two outings on the road, however, the Kickers will have to find a new gear if they are to come though and secure a place in the Semifinals next weekend.