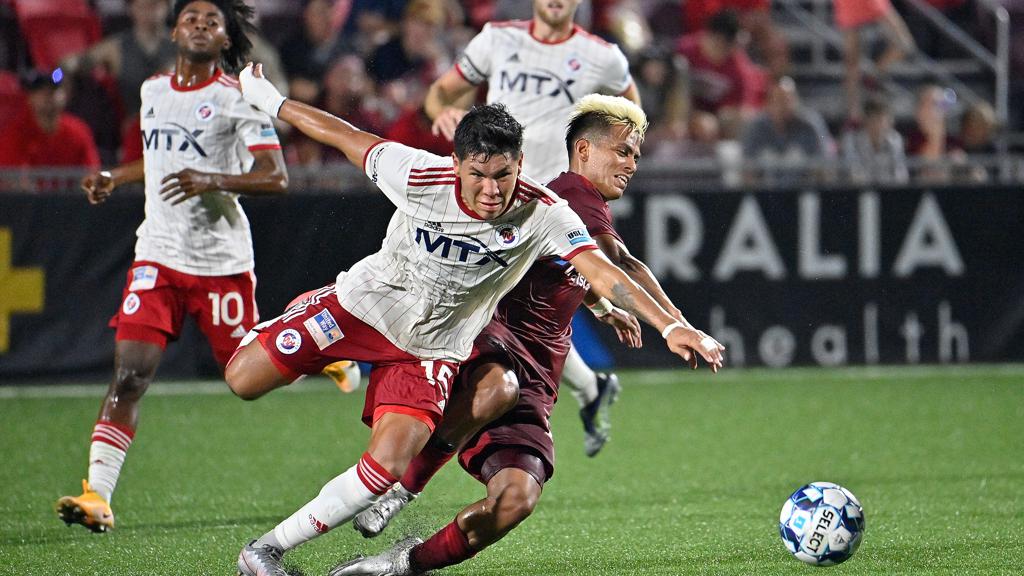 CHATTANOOGA, Tenn. – Chattanooga Red Wolve SC is set to make club history on Saturday night as it not only makes its postseason debut but hosts the inaugural playoff game at CHI Memorial Stadium.

The team that’s facing them? Well, they have some experience in what’s ahead.

The No. 3-seed Red Wolves will face No. 6-seed North Texas SC in the Quarter of the 2021 USL League One Playoffs, presented by TwinSpires, looking to turn their fortunes around as the 2019 title winners come to visit in the opening game of this year’s playoffs. Kickoff is scheduled for 7 p.m. ET (ESPN+).

Chattanooga was rolling for much of the season, at one point setting a new league mark with a 15-game undefeated run that had the side firmly in the top two places in the standings. Led by leading scorer Juan Galindrez’s 10 goals and Ricky Ruiz’s 10 assists – which not only claimed the league’s Assist Champion award, but also equaled the single-season record held by former North Texas standout Arturo Rodriguez – the Red Wolves used a combination of a solid defense backed by goalkeeper Tim Trilk and key late goals to earn results. In recent weeks, that formula has gone missing, with the side losing four of its last six games and scoring only four times in that span to slip into third place on the final day of the season. That might be the case, but Red Wolves Head Coach Jimmy Obleda believes his side is ready to wipe the slate clean with the postseason’s arrival.

“This group has always fed off challenges and difficult moments,” said Obleda. “This is a challenge. They’ve always played their best games against the most challenging and the best opponents I would say. That’s why they have done so well this year. This game is going to be another where they are going to rise to the occasion. They’re gamers at the end of the day.”

North Texas’ is winless against Chattanooga this season, twice denied victories by late equalizers as the Red Wolves took a 2-0-2 record in the four-game series, but the trajectory for the visitors has been the opposite of Chattanooga’s late in the season. Led by leading scorer Gibran Rayo with seven goals and supported by Kazu chipping in six tallies and Bernard Kamungo adding five, NTSC won four of its last six games and scored 10 goals in that span. While the game-winners like Ricardo Pepi, Arturo Rodriguez and Ronaldo Damus from 2019 are now competing at a higher level, the experience of Head Coach Eric Quill remains and so does a young, industrious team that is looking for an upset.