The Front Three – What to Watch for in Week 30

Three playoff places up for grabs, and a bye to the semifinals are at stake in the biggest weekend in league history 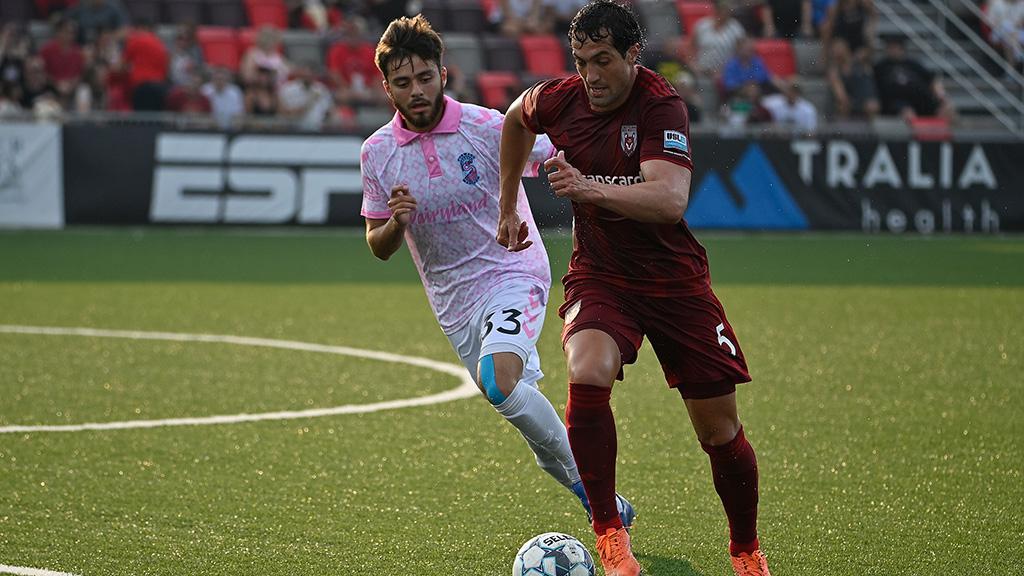 It’s the final weekend of the USL League One regular season and the race for playoff positions couldn’t be much closer. All five matches on the slate Friday and Saturday night have playoff and seeding implications.

Union Omaha can afford to take its foot off the gas this weekend, having already secured the No. 1 seed and homefield advantage throughout the playoffs. North Carolina FC and Forward Madison FC will take the field already eliminated from playoff contention, but for everyone else with a match this weekend, there’s something on the line.

Here’s your guide to the conclusion of the regular season campaign.

Three Playoff Berths to be Claimed

It’s wild that we’ve reached the last round of regular season matches and only half of the playoff spots have been claimed. Five teams remain in the running for three available postseason berths.

Three teams control their own destiny. The Richmond Kickers, North Texas SC and the New England Revolution II all hold their fates in their own hands. Win and they’re in. Slip up, though, and both FC Tucson – which hosts Richmond on Saturday night (10 p.m. ET | ESPN+) – or Toronto FC II – which hosts the Revolution II on Friday afternoon (4 p.m. ET | ESPN+) – are waiting in the wings to take advantage.

There are so many permutations it’s hard to keep track of. Take for example North Texas SC, which enters the weekend in fifth place. With the right combination of results (a win against Union Omaha plus losses by Greenville at NCFC and Richmond at Tucson), NTSC could finish as high as third, or, with the wrong combinations of results (a loss, plus wins by both New England and Tucson), it could miss the playoffs entirely.

Or consider the Kickers. A week ago, Richmond was the hottest team in the league, sitting in fourth place with a five-match win streak. The Kickers were in the conversation for the No. 2 seed. If results this weekend don’t go Richmond’s way, it may miss the playoffs altogether.

That’s what makes this potentially the most compelling weekend of action in League One’s short history.

Quarterfinal Bye Up for Grabs

The difference between being the No. 2 and No. 3 seed in the USL League One Playoffs is huge, so Chattanooga Red Wolves SC and Greenville Triumph SC will have plenty of motivation when they take the field Saturday night. The two sides played to a 0-0 draw last weekend, with both looking like they were afraid of making a mistake that would cost them the No. 2 seed.

Here’s why it matters: the team that finishes in second gets a Quarterfinal bye and a chance to rest before its Semifinal match at home. Finish in third and you’ll start your playoff journey in the Quarterfinals and face the potential of having to play both your Semifinal and the USL League One Final on the road if seedings hold.

Chattanooga (44 points) is in the catbird seat with a slight edge over Greenville (42 points.) The Red Wolves know that victory over Forward Madison FC on Saturday night (8 p.m. ET | ESPN+) will see them secure the No. 2 seed. However, should they slip up and drop points, that opens the door for Greenville to claim the No. 2 seed with a victory over North Carolina FC (7 p.m. | ESPN+) as Triumph SC would hold the total wins tiebreaker over the Red Wolves with its 12th victory of the season should the teams end level.

Both teams are on the road against teams already eliminated from playoff contention but looking to play spoiler. Greenville’s match kicks off an hour earlier, so Triumph SC could really pile the pressure on Chattanooga if it races out to a halftime lead before the Red Wolves kick off their match.

Get Ready for The Eliminator

The first match of the weekend is essentially a playoff match itself. When Toronto FC II hosts the New England Revolution on Friday evening, the Young Reds will know a loss would see them eliminated from playoff contention, while the Revolution II would be holding on for dear life in sixth place.

A draw would eliminate Toronto and leave New England extremely vulnerable to getting passed right at the finish line Saturday as well – although in the Revolution II’s case it would give it fraction more leeway, as the seventh-placed FC Tucson would need to defeat the Richmond Kickers to move ahead. All that said, both teams have no choice but to play for a win, and with all three matchups between the teams this year having ended with a 1-0 win for the home team, Toronto will want that trend to continue.

This is all to illustrate that the situation between fourth and eighth place after 27 of 28 matches is extremely fluid. The picture will change as each result is finalized and it’s hard to say how things will shake out in an exciting final weekend.