Tucson’s Jon Pearlman Named League One Coach of the Month

Led side to undefeated month which propelled Tucson into postseason contention 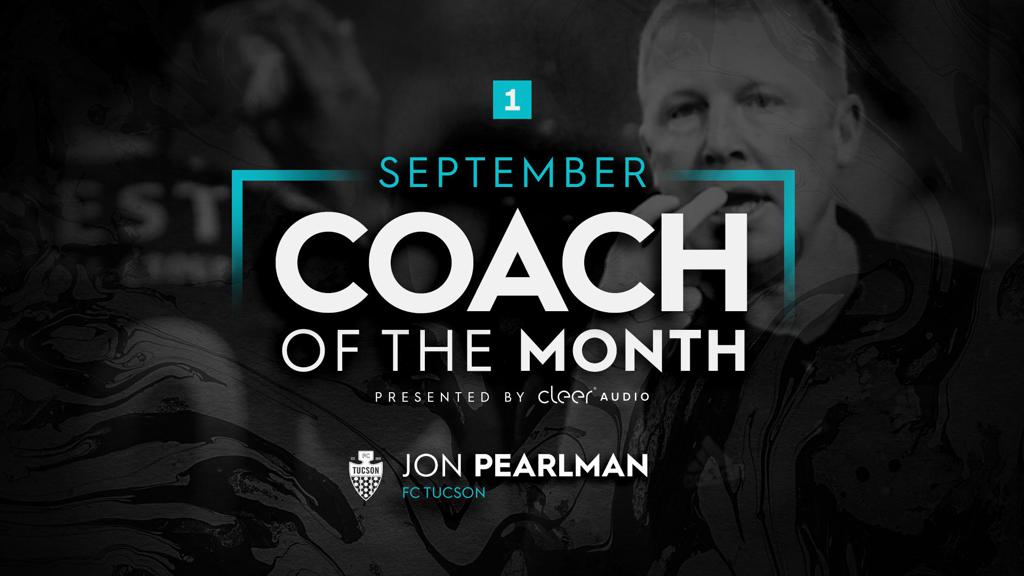 TAMPA, Fla. – FC Tucson Head Coach Jon Pearlman has been named League One Coach of the Month presented by Cleer Audio for September. Pearlman led his side to an undefeated month with three wins and two draws across five contests to provide a major boost to Tucson’s postseason aspirations.

Tucson began September in 11th place in the League One standings but had laid the groundwork for what was to come with consecutive victories to close August. The side made it three wins in a row to start September with a 2-1 victory on the road against the New England Revolution II, and after a pair of draws and a home win against Fort Lauderdale CF the side capped its month by becoming the first team to defeat Union Omaha on its home turf this season with a 1-0 win on September 25.

The results propelled Tucson into third place in the standings on October 1, with the side now in the frame to make its first postseason trip since joining the professional ranks from USL League Two upon the formation of League One for its inaugural 2019 campaign.

“Being September Coach of the Month for USL League One is a tremendous honor,” said Pearlman. “It represents that FC Tucson was team of the month for September and the players themselves really made this happen.

“For us to play the way we did in September and go on that seven-game unbeaten run was remarkable.”

Pearlman has been one of the essential figures in FC Tucson’s history. One of its co-founders in 2010, he has served in numerous roles over the past decade, including as the club’s Head Coach in 2017 when it claimed the Mountain Division in USL League Two’s Western Conference.

Now the club’s Vice President of Soccer Operations, Pearlman took the reins again as interim Head Coach on June 30 following the club’s inconsistent start to the season. Last week, the interim tag was removed, with Pearlman set to lead the side through at least the conclusion of the 2022 USL League One season.

Pearlman was selected as League One’s Coach of the Month by the USL League One Technical Committee.