USL League One Team of the Week - Week 26 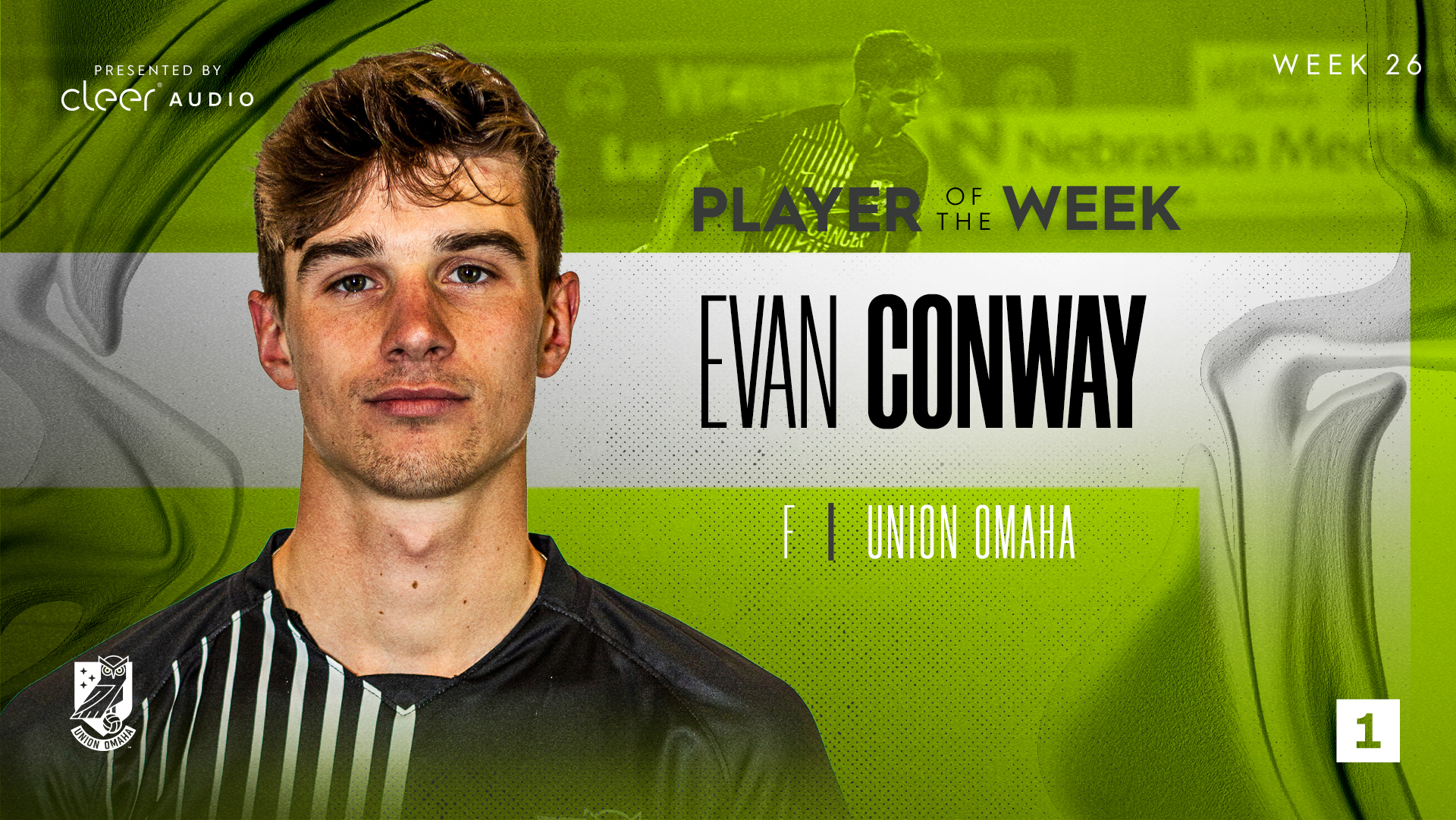 TAMPA, Fla. - USL League One announced on Monday the Team of the Week Presented by Cleer Audio for Week 26 of the 2021 regular season, with Union Omaha forward Evan Conway named Player of the Week after scoring a hat trick in his team’s 4-0 away win against South Georgia Tormenta FC on Friday night.

Conway opened the scoring in the sixth minute, then doubled his tally five minutes before halftime to give Omaha a cushion headed into the break. He rounded off an excellent performance by bagging his side’s fourth goal of the game in the 71st minute, bringing his season’s total to six goals.

Omaha’s dominant victory sees the side lead all clubs with three players represented in this week’s Team of the Week. 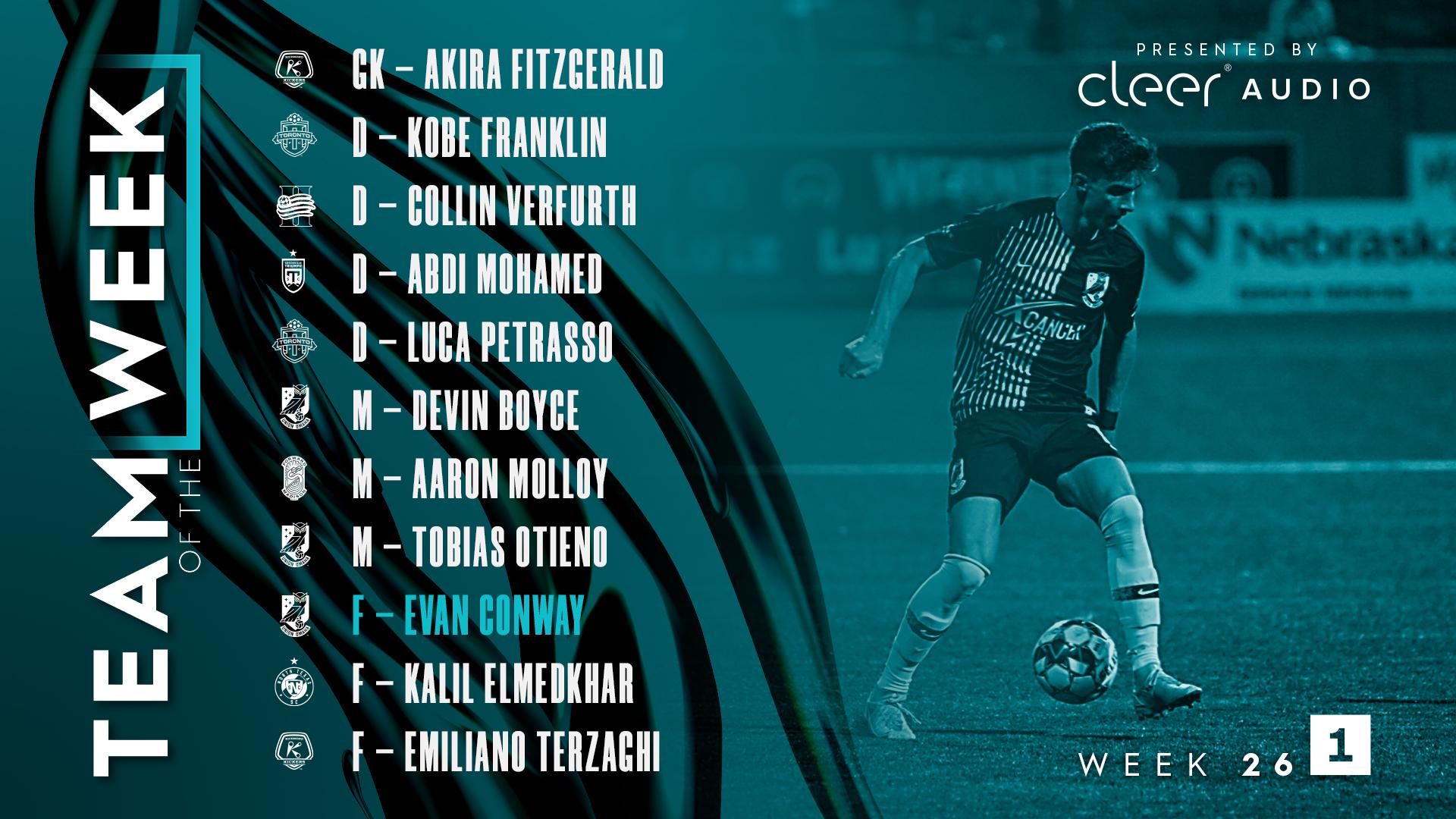 GK - Akira Fitzgerald, Richmond Kickers: Fitzgerald backstopped the Kickers with a six-save shutout in a crucial 1-0 win against Chattanooga on Saturday as Richmond continued its push to the postseason.

D - Kobe Franklin, Toronto FC II: Franklin created an incredible nine chances in Toronto’s 3-0 victory over North Carolina on Friday, two of which turned into assists while another was headed off the woodwork, leading to the third goal.

M - Devin Boyce, Union Omaha: Boyce bagged a trio of assists, becoming only the third League One player in its history to do so in a single game, in an excellent creative performance as Omaha trounced Tormenta FC.

F - Emiliano Terzaghi, Richmond Kickers: The Golden Boot leader was once again the difference maker on the scoresheet for Richmond, scoring the only goal in the Kickers’ 1-0 win against Chattanooga in the 52nd minute.