No Limitations, Only Opportunities: Max Flick

NCFC defender overcame many obstacles on his path to professional soccer 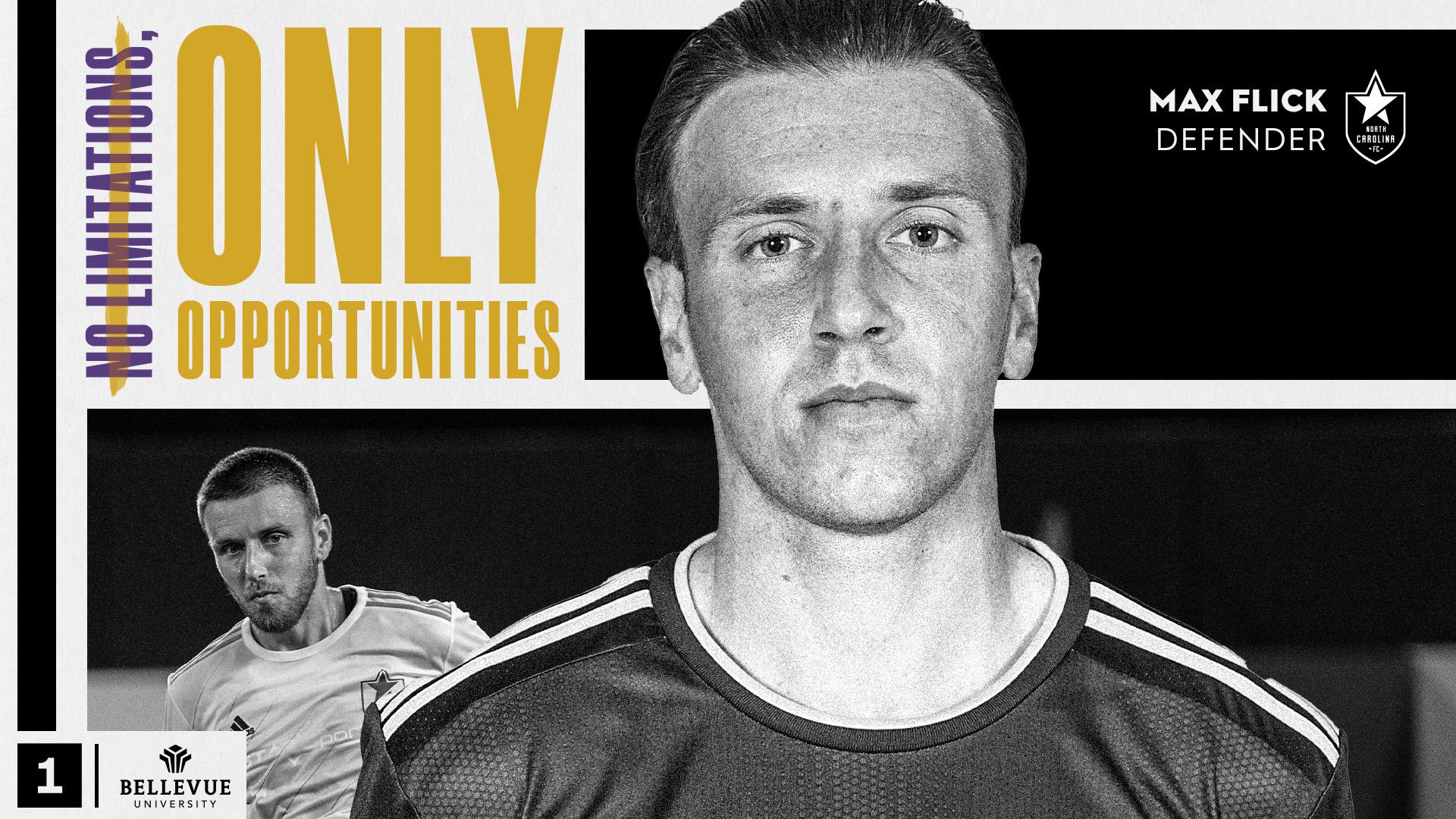 Today, the path to professional soccer in America usually takes one of two shapes. Young players play in an Academy system then sign pro before going to college, or go to college before moving up to the professional ranks. But the route for North Carolina FC defender Max Flick looked quite a bit different. The 27-year-old is an embodiment of the old saying, “If at first you don’t succeed, try, try again.”

After playing both in college and at the amateur level, Flick began to attend open tryouts with professional teams around the country, hoping one would give him a shot at achieving his dream of playing professionally. Yet for years, that chance never materialized, as Flick was met with a string of rejections - including one by his current club NCFC.

But ahead of the 2021 season, his luck would change. Through Instagram, Flick found and registered for a combine, where he was spotted by NCFC Head Coach John Bradford. Impressed by what he saw, Bradford invited Flick to train with the team in preseason ahead of its inaugural USL League One campaign. 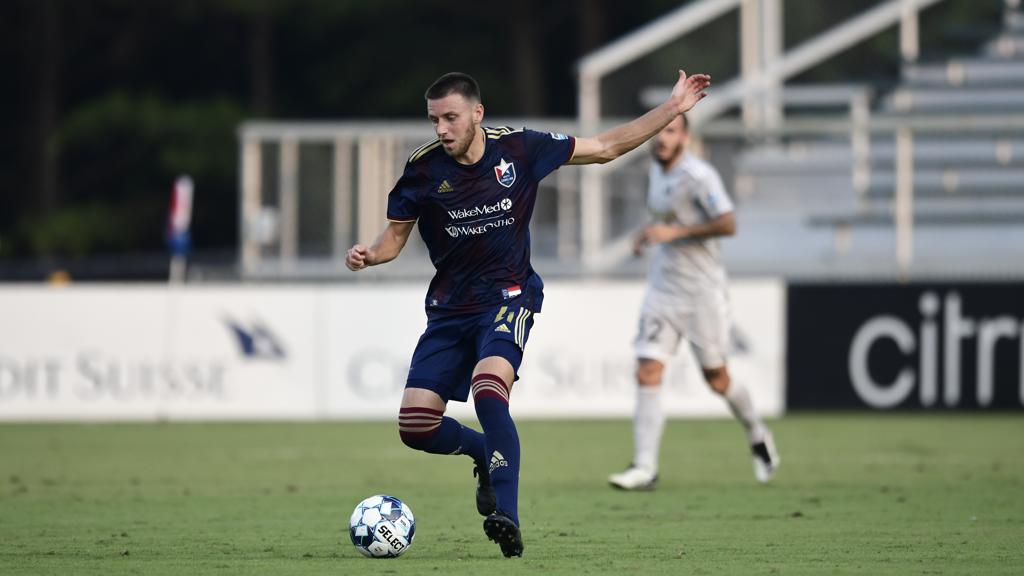 “Once I came in after the combine, I felt like this was my time and my opportunity, so I was feeling pretty confident,” said Flick. “I went into preseason like that, and when they asked me to sign, I don’t know if it really hit me right away. But then it felt like I finally did it, after years of working toward it.”

When they asked me to sign, I don’t know if it really hit me right away. But then it felt like I finally did it, after years of working toward it.

Throughout the long years of tryouts which didn’t pan out, Flick relied on the support of his loved ones to keep him focused. His mindset allowed him to view his journey as much more than the pursuit of a goal.

“I definitely feel like my fiance and my brother had a big impact in supporting me and always believing in me, which also helped me to continue to believe in myself,” said Flick. “I really feel like my mindset was of growth and a journey in life, on top of a journey toward making professional soccer. Not only was I working toward this goal but I was growing as a person and I learned a lot about life along the way as well.”

I really feel like my mindset was of growth and a journey in life, on top of a journey toward making professional soccer. Not only was I working toward this goal but I was growing as a person and I learned a lot about life along the way as well.

You might think given Flick’s journey, he’d have been satisfied with a spot on a professional roster. But that hasn’t been the case during his first season with NCFC, where he’s locked down a starting center back spot and has consistently been one of the team’s top performers. He earned a nomination for League One Player of the Month after a particularly strong August, during which he led the league in both interceptions and clearances. 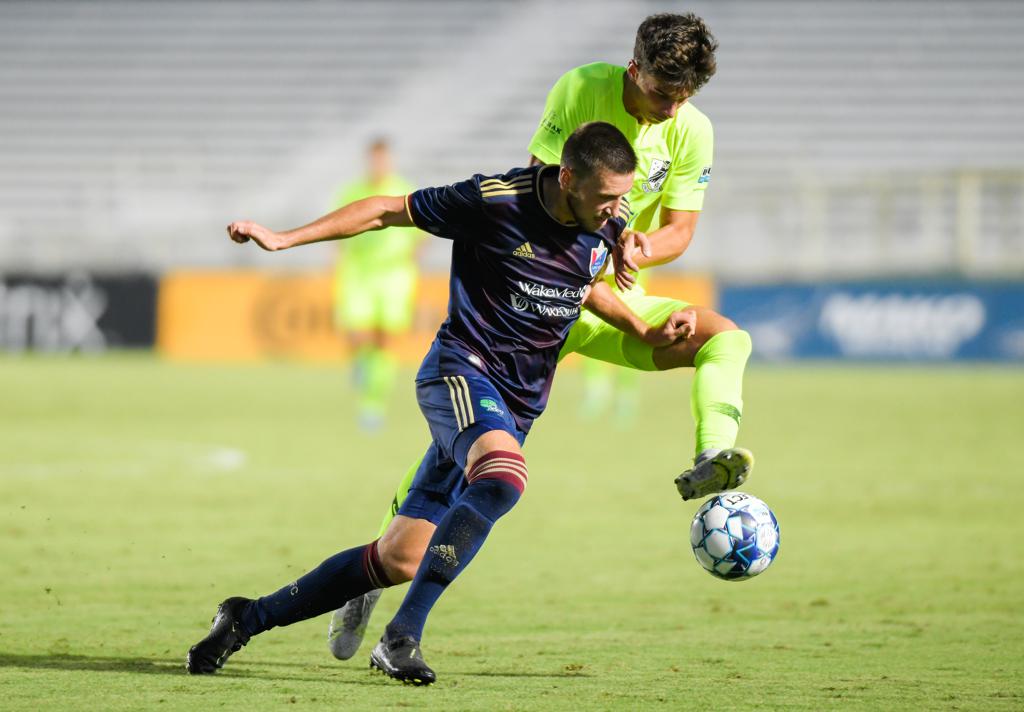 Though Flick maintained a steady belief in himself throughout his journey, even he is a bit surprised by just how quickly he adjusted to the professional level.

“I feel like I always believed I was good enough, but I definitely didn’t expect to be in a starting role right away and consistently,” said Flick. “Honestly, I didn’t really know what to expect when I made it to the professional level either because I was trying out for a lot of different teams, but it’s been awesome since I got here and I’m really grateful that I’ve been able to play a lot.”

For the remainder of his first pro season, Flick’s goals remain largely the same as in the past - centered on growth and on helping those around him. Already a leader on a very young NCFC squad, his presence in defense and in the locker room will be vital as the team looks to finish on a high note.

“I want to continue to grow as a person and individual, and help grow with my team,” said Flick. “I hope that through my journey, I can have an impact on them and show them to never give up hope.”

The No Limitations, Only Opportunities series aims to spotlight members of the USL community who embody perseverance and belief in their potential. USL partner Bellevue University is committed to empowering motivated students to achieve their own personal dream.