USL League One Team of the Week - Week 25 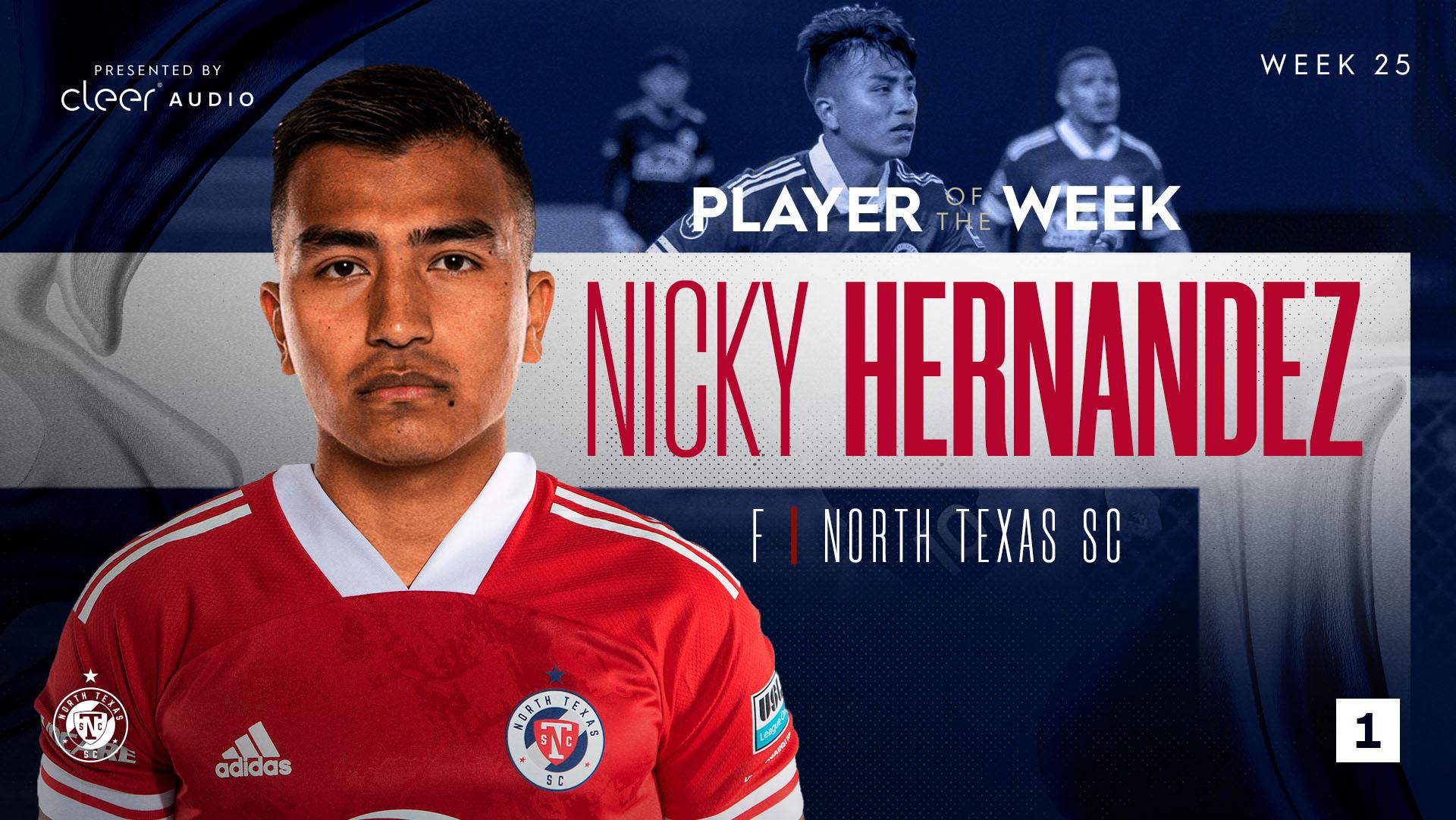 TAMPA, Fla. - USL League One announced on Monday the Team of the Week Presented by Cleer Audio for Week 25 of the 2021 regular season, with North Texas SC forward Nicky Hernandez named Player of the Week after scoring a wonderful goal from outside the box to earn his side a 1-0 away win over North Carolina FC.

With the game deadlocked approaching halftime, Hernandez produced a moment of magic which would prove to be the difference in the final scoreline. Picking up the ball on the left flank, Hernandez cut inside on his right foot and unleashed a curling shot from the corner of the penalty area, which flew inside the far post for the only goal of the match.

North Texas, the New England Revolution II, Forward Madison FC, FC Tucson, and the Richmond Kickers all have two selections in this week’s Team of the Week. 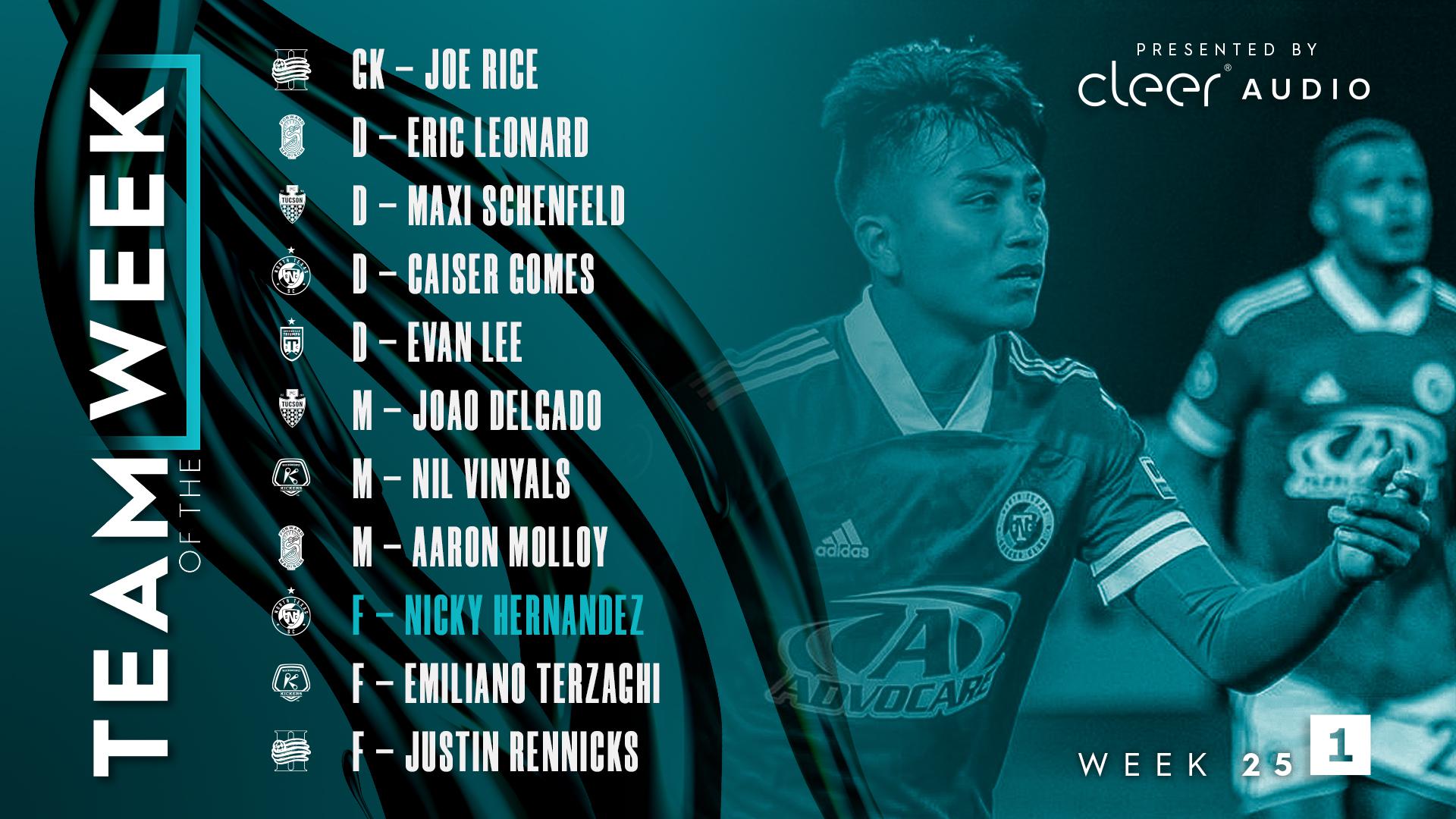 D - Maxi Schenfeld, FC Tucson: Schenfeld continued his string of strong recent performances, winning 9 of 11 duels, succeeding in all five of his attempted tackles and making 11 recoveries as Tucson handed Union Omaha its first home loss of the season.

D - Caiser Gomes, North Texas SC: In addition to a defensive performance which saw him record three clearances and three interceptions, Gomes picked up the assist for Hernandez’s goal and created a game-high three chances in total.

D - Evan Lee, Greenville Triumph SC: Lee won 5 of 6 duels, made 11 recoveries and created a chance to anchor Greenville’s backline in its 1-1 draw away against Madison.

M - João Delgado, FC Tucson: Delgado was the linchpin in the middle of the park throughout Tucson’s dogged effort to shut out Omaha, winning 10 of 14 duels, making two tackles and six recoveries.

M - Aaron Molloy, Forward Madison FC: Molloy won more duels (eight) and had more tackles (five) than any other player in Madison’s draw with Greenville, as the Irishman effectively marshalled the midfield once again.

F - Emiliano Terzaghi, Richmond Kickers: Always Richmond’s man for the moment, the Argentine popped up to score a dramatic game-winning goal in the dying minutes of the match against Toronto, securing a vital three points for his side in the playoff race.

F - Justin Rennicks, New England Revolution II: Like Terzaghi, Rennicks came up clutch for his side on Saturday night, scoring the game-winner for New England on a counter-attack in second half stoppage time.