The Front Three: What To Watch For In Week 24 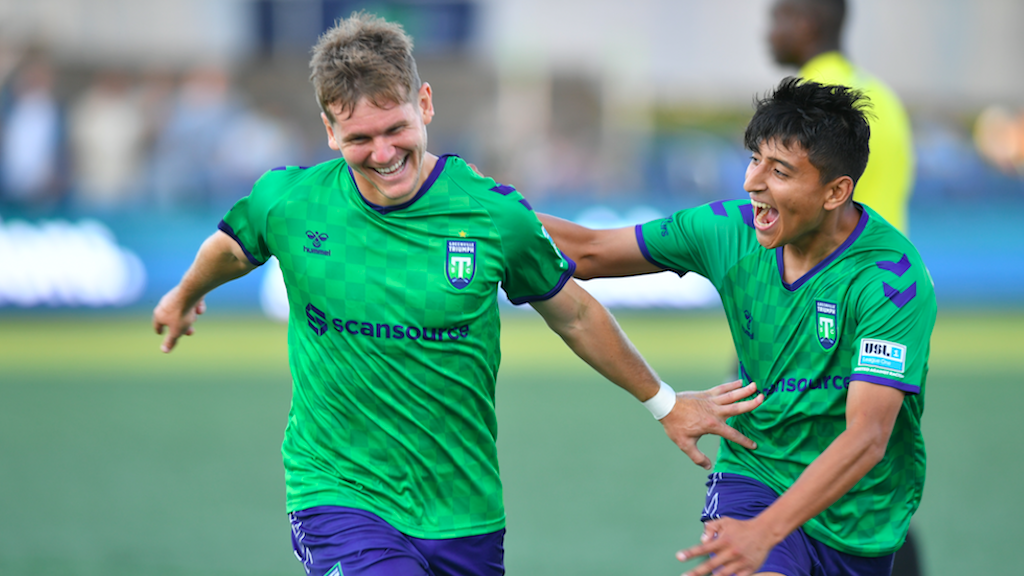 Last weekend, for the first time ever, there were six League One matches on the same day - and that group of games delivered its fair share of drama. Perhaps most surprisingly - and not at all in keeping with the tradition of this season - not a single one of the six finished as a draw, as all six home teams claimed three points on the night.

The teams that claimed victory did themselves a big favor in the push for the postseason, but still only five points separate third place from 11th. With all 12 League One sides back in action once again this weekend, we’re in for another round of telling fixtures. Here’s three storylines to keep an eye on across Friday, Saturday and Sunday nights.

A month ago, Greenville Triumph SC and FC Tucson were both on extended winless runs, and looked in serious jeopardy of missing the playoffs. But in a league with this much parity, stringing a few wins together can immediately change your outlook, and that’s exactly what has happened for both sides, who will meet on Sunday night at Legacy Early College (7 p.m. ET | ESPN+).

Greenville enters the contest coming off back-to-back shutout home wins, against Toronto FC II and more recently against Chattanooga Red Wolves SC. Those six points vaulted Triumph SC back into third place on 30 points, but hot on their heels (and just one point behind them) is FC Tucson in fourth place.

The Arizona club is the hottest team in League One right now, with four wins and a draw in its last five games. Rarely in any global league has this writer seen a team’s attack go from cold to hot so quickly - since a three-game scoring drought in late July and early August, Tucson’s offense has been flying, averaging 2.4 goals per game to draw level with Fort Lauderdale as League One’s highest-scoring team.

This game has all the ingredients to be a really good one.

At home, NTSC has the league’s second best record, taking 19 points from 10 games and losing just once. The team’s travels have been a different story though - Eric Quill’s side has picked up only seven points from 11 away games, giving it the worst road record in League One.

Luckily for NTSC, this Sunday’s meeting with league leaders Union Omaha will be at Globe Life Park (7 p.m. ET | ESPN+). And despite the team’s road woes, it has fared quite well against Omaha this season, drawing twice at Werner Park in its two previous meetings this year with los Buhos. For an Omaha side looking to consolidate its grip on top spot, this certainly won’t be an easy fixture.

The weekend’s slate features three matchups between pairs of teams who have already played multiple times this season, and in each of the three pairings, one of the teams has not yet claimed victory over their respective opponent.

First, the New England Revolution II and the Richmond Kickers wrap up a four-game season series on Friday (7 p.m. ET | ESPN+). In the prior three meetings, Richmond has won twice, but New England rallied from a late two-goal deficit to claim a point in the most recent matchup on August 14.

On Saturday, Chattanooga Red Wolves SC and North Carolina FC will face off for the third time this season (7 p.m. ET | ESPN+). The Red Wolves narrowly won the opening meeting between the pair 3-2 back in June, then cruised to a 4-1 victory on August 10. Coming off a strong performance against New England last weekend though, NCFC will be hungry to continue moving in the right direction.

Finally, Fort Lauderdale CF and South Georgia Tormenta FC close out Week 24 with a game in south Florida on Sunday night (7:30 p.m. ET | ESPN+). Both prior games between the sides took place in Statesboro this season, and FTLCF claimed the three points on both occasions, most recently with a 4-2 result back on August 28.