USL League One Team of the Week - Week 23 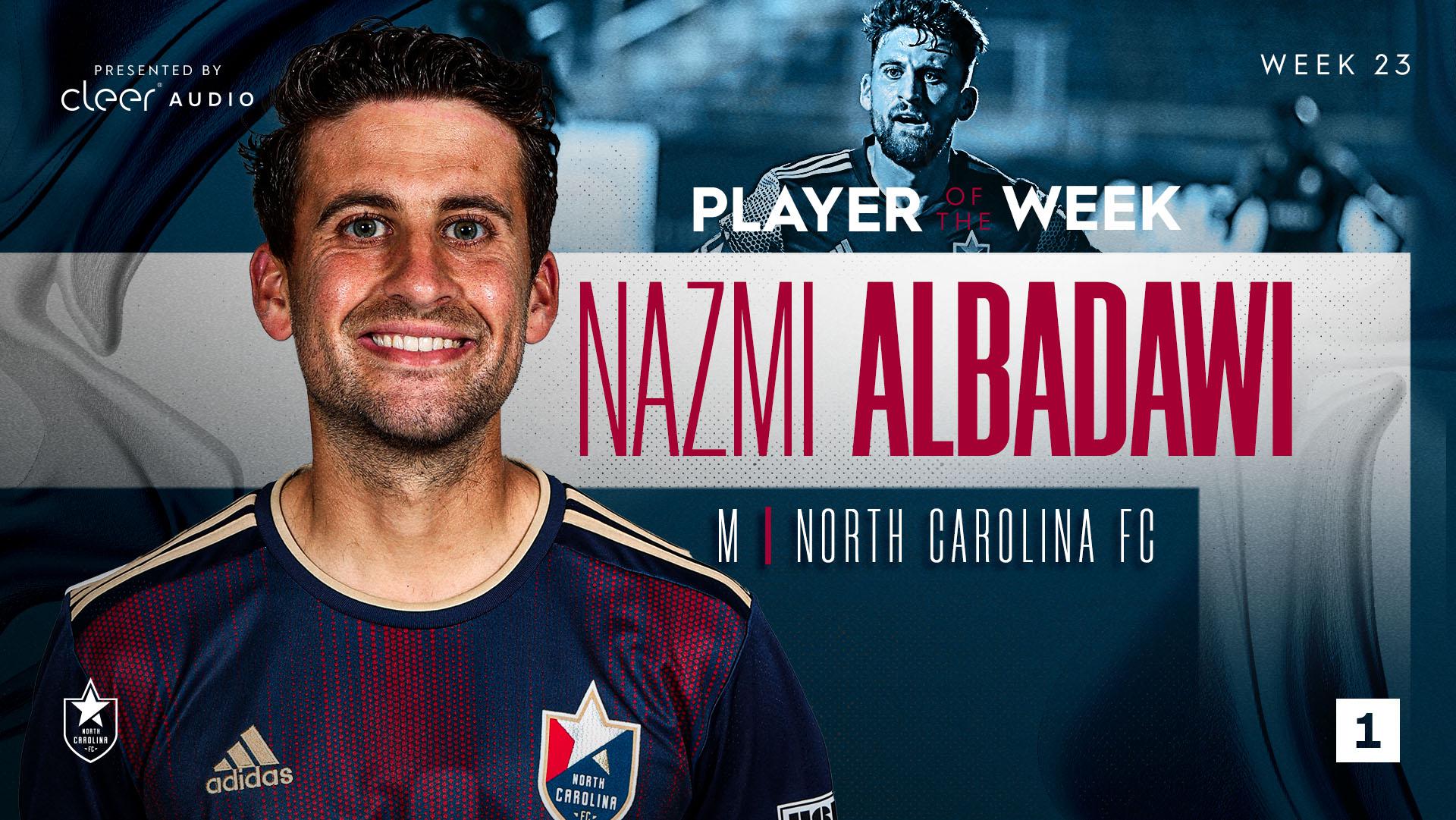 TAMPA, Fla. - USL League One announced on Monday the Team of the Week Presented by Cleer Audio for Week 23 of the 2021 regular season, with North Carolina FC midfielder Nazmi Albadawi named Player of the Week after scoring twice in his final professional game before retiring, leading NCFC to a 4-1 win against the New England Revolution II.

After NCFC fell behind early, Albadawi cleverly rounded the goalkeeper to net the equalizer in the 16th minute of the game. He then doubled his tally with a fine strike from outside the penalty area in the second half, giving his side the cushion it needed to go on and secure the three points.

NCFC’s big win sees the side lead all clubs with three players represented in this week’s Team of the Week. 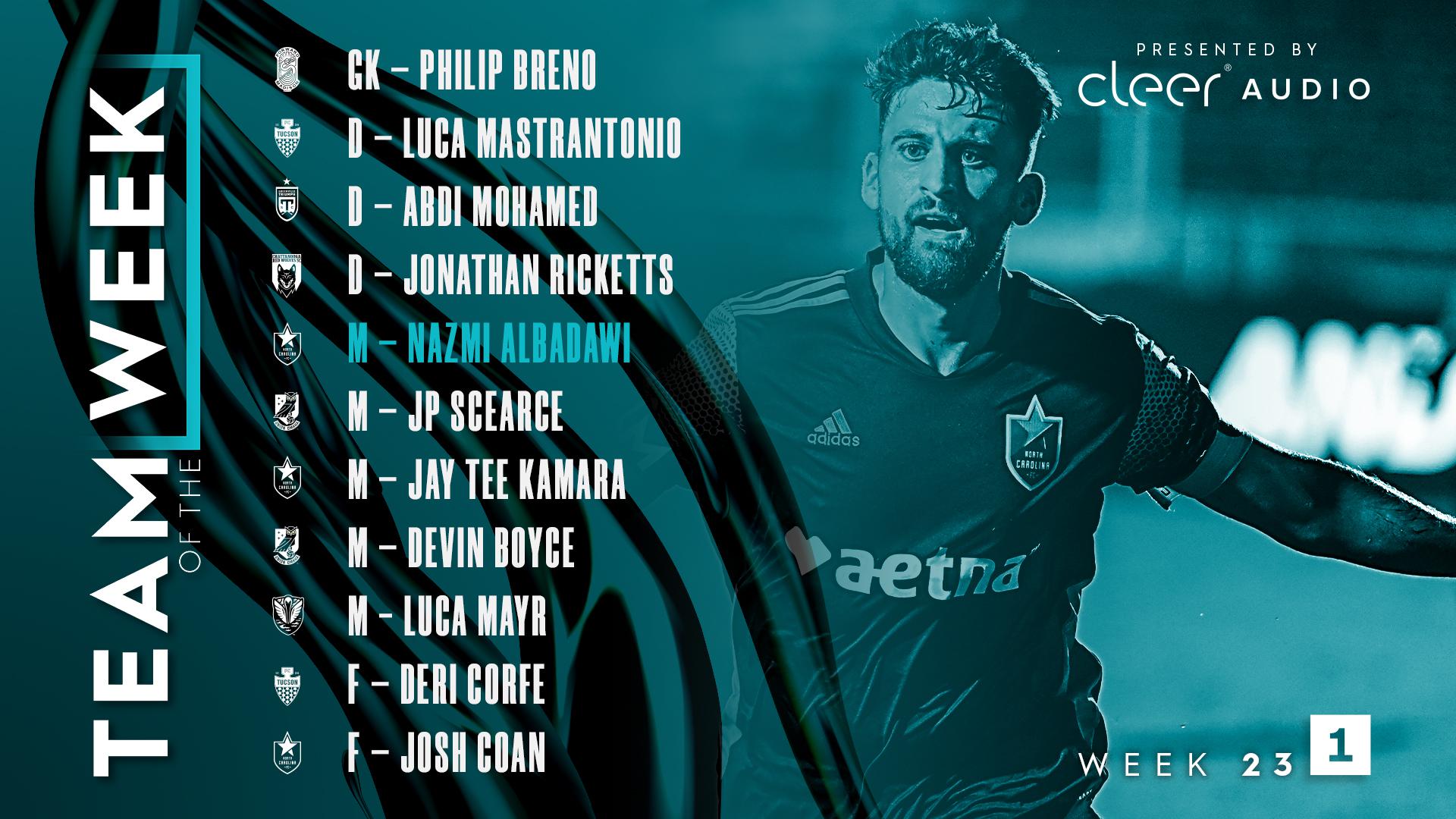 D - Luca Mastrantonio, FC Tucson: Mastrantonio scored his first goal for Tucson in the team’s 3-0 victory against Fort Lauderdale CF, and made seven clearances to contribute to a shutout defensive effort.

D - Abdi Mohamed, Greenville Triumph SC: Mohamed won both his attempted tackles, made five recoveries, created a chance, and hit the woodwork once to help Triumph SC to an important 1-0 win against Chattanooga.

M - Nazmi Albadawi, North Carolina FC: In addition to the pair of goals he scored in his sendoff game, Albadawi completed three dribbles, created two chances, and made 10 recoveries.

M - JP Scearce, Union Omaha: Scearce put in the latest in a string of solid performances to help Omaha to a 2-1 win against Toronto FC II. He netted the game-winning goal in the 71st minute, won six duels, and made four interceptions and recoveries.

M - Luca Mayr, South Georgia Tormenta FC: Mayr bagged a goal and an assist as he continued to be a key player for Tormenta this season, playing a hand in both goals during the team’s 2-0 win against North Texas on Saturday.

F - Deri Corfe, FC Tucson: Corfe scored twice in the closing stages of Tucson’s win over Fort Lauderdale, taking the game from a tight 1-0 contest to a comfortable 3-0 win for his side.