The Front Three: What To Watch For In Week 23

For the first time ever, six League One games will take place on the same day 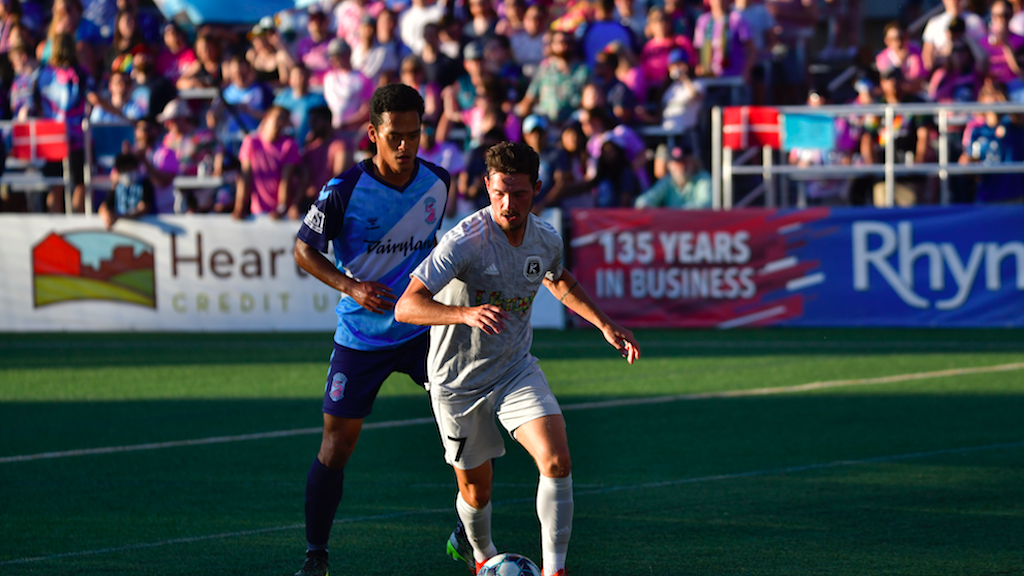 Ahead of this Saturday's match between Madison and Richmond, the teams are separated by just a point in the table / Photo courtesy Forward Madison FC

With eight weeks left in the League One regular season, we’ve officially reached crunch time. At this point in the season, positive results are like gold, and dropped points can prove extremely costly. That means just about every game has a lot on the line, and that’s going to make for a fantastic run-in.

With six games on offer this week, here are three storylines to keep your eyes on.

For the first time this season, every team will be in action on the same day this Saturday. Given that this is the league’s first season with 12 teams, it also means that Saturday will set the record for the most League One games in a single day with six.

In other words - clear that calendar for Saturday night, because it’s going to be a big one that will almost certainly have major implications for the League One playoff race. The action kicks off with two games at 7 p.m. ET, and concludes with FC Tucson hosting Fort Lauderdale CF (10 p.m. ET | ESPN+).

The former rivalry has been played twice already this season - both games were in Chattanooga, and both ended in 1-1 draws. Both teams need maximum points this Saturday for different reasons. The Red Wolves are neck-and-neck with Union Omaha in the race for first place, and looking to lock up one of the two first-round byes for the League One Playoffs as soon as possible. Greenville snapped its long winless run emphatically with a 3-0 drubbing of Toronto FC II, but it needs to string a few more results like that together to lock up a playoff spot.

Further west, the season’s second Henny Derby promises to be a good one. Richmond currently sits on 25 points having played 19 games, and Madison on 24 with 18 games played. That makes Saturday’s meeting vital as a loss would be damaging to either side, but a win for either would likely bring a multiple-position rise up the table.

When the New England Revolution II travel to take on North Carolina FC (7 p.m. ET | ESPN+), it will be a homecoming of sorts for two key figures on Revs II. First, Head Coach Clint Peay spent the 2019 USL Championship season as an assistant coach for NCFC before accepting the role to lead the Young Revs in their first League one season last year.

On the field, U.S. youth international and New England Revolution academy product Justin Rennicks also spent the 2019 season in Cary on loan with NCFC before returning to Massachusetts and becoming an impact player for the Revolution II.

After picking up just one point from two home games last week, New England will be looking to take no less than all three points on the trip back north this Saturday night.