Chattanooga’s Jimmy Obleda Named League One Coach of the Month 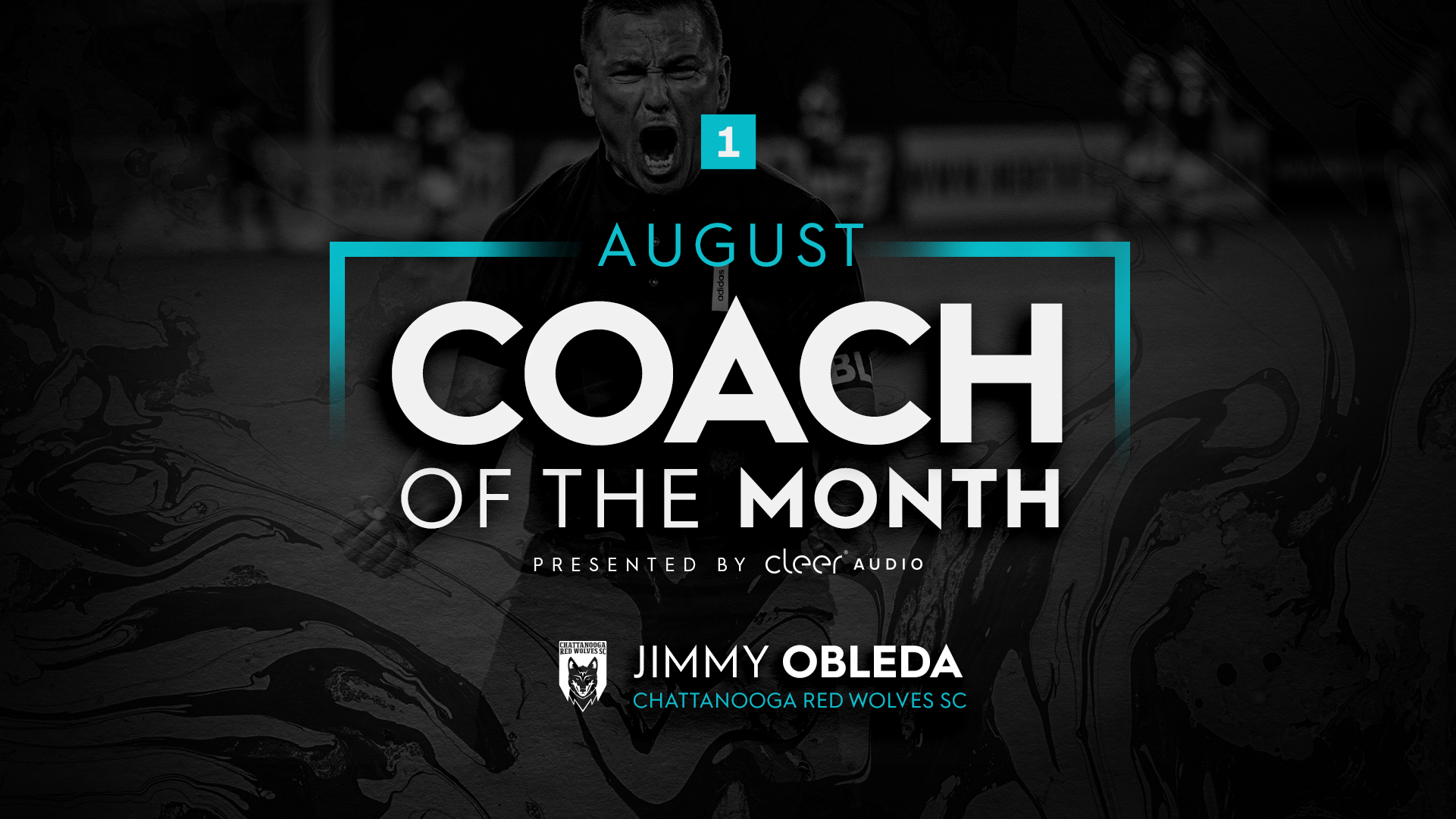 TAMPA, Fla. - USL League One announced on Wednesday that Chattanooga Red Wolves SC Head Coach Jimmy Obleda had been named Cleer Audio League One Coach of the Month for August. Obleda’s team posted a record of 2-0-2 and allowed just two goals during the month, including a win against Union Omaha which saw the Red Wolves move into top spot in the table.

The club opened the month with a dominant away victory against North Carolina FC, a free-flowing attacking performance which saw them walk out as 4-1 winners. The team then continued its penchant for late drama, with Juan Galindrez’s 90th minute equalizer salvaging a point against North Texas SC.

"I'm honored and happy but at the end of the day all I care about is that the team is doing well,” said Obleda of winning the award. “They're the ones that should be rewarded for this, they're the ones that make me look good. It's all up to them, it's a testament to them and what they have accomplished so far. My hat's off to them and I appreciate everything they've done for me and the club."

The important victory against Omaha followed, courtesy of a wonderful goal from Ricky Ruiz. The club wrapped up the month with a trip north of the border to take on Toronto FC II, and even without many of its players due to COVID-related travel restrictions, fought to a well-earned scoreless draw.

Obleda was selected as League One’s Coach of the Month by the USL League One Technical Committee.